Most of us know our Truffaut from our Goddard, our Breathless from our 400 Blows, and some might have gone through a phase that involved wearing berets, smoking filterless cigarettes and traversing les rues. So it may be shocking to learn that an un-self-consciously radical young woman instigated this movement in the 1960s. If you don’t already, you should know that woman as Agnès Varda.

The French New Wave movement re-shaped cinema as we know it. Bringing both realism and surrealism to the big screen, tapping into the 19th century idea of the flaneur and dragging it into the present, almost a century later.

“I’ve been in the middle of the passing of time all my life, and now I’m old, all these years feel not very light, not very heavy, but they exist,” she says, as we sit at the opening of her exhibition, Une Cabane de Cinema: La serre du Bonheur, at the Parisian Gallery Natalie Obadia.

In the exhibition, Varda takes the physical film from her past projects and builds structures from it that relate to the subject of the film used. For La Pointe Courte there is a boat, and for Le Bonheur, there is a huge cabane or shack. The light passes through the strong reds, yellows and blues of the film creating a warm glow. To enter the show, you have to pass through an arch made from metal film containers.

“The containers and the films are being thrown away,” she explains. “The theatres no longer want it, they don’t even have the machines any more, everything is digital now. So I took the boxes for the films, and I made an arch, like an entrance to the cinematic world.” This relates to Varda’s long interest in recycling, both literally and conceptually.

Aged 90, she has just received a lifetime achievement award and was nominated in the best documentary category for her collaboration with the French street artist JR titled Faces Places.

The moving documentary follows Varda and JR, who is 33, around rural France as they meet people and choose some to photograph. Their subjects are blown up to a huge scale and pasted on buildings and structures, much like JR’s artwork.

“We met people and dis- covered subjects that no one knows about,” Varda sums up the film. On their journey, the two artists bond while discussing love, death, being young and growing old.

It’s not difficult to imagine the journalist in Varda, as even at her own launch she is clearly more interested in the people around her, speaking in detail about other journalists and my impression of them. Her genuine joy in observing others is something that has driven her to make films about events and people that, while they seemed radical in the 60s and 70s, now reveal her as being ahead of the her time.

Varda made her first film, La Pointe Courte, considered the first New Wave film, when she was only 27. It’s the story of a young man bringing his Parisian girlfriend back to the fishing village where he grew up. The intimacy and contemporary nature of the love story set against the social realism and poverty of the area helped spark the trend for one of the best-loved cinematic movements in the history of film.

Her documentaries include a now seminal short documentary on the Black Panthers, Huey, a look at 1960s Cuba Salut les Cubains, an exploration of the cultural phenomenon of Los Angeles’ murals in Mur Murs and The Gleaners and I which followed people who glean and recycle rather than buy food the traditional way.

“It’s difficult to be a filmmaker and not be engaged,” she admits, referring back to the structure in front of us. “In a way, building a shack is escaping, it’s like a place where the terrible news of what’s happening every day doesn’t touch the sunflowers.”

It’s Varda’s combination of a sense of levity and a keen eye for emotional truth that trademarks her films. Her eye for colour, composition and story make her films wonderful to look at and deeply touching. Cleo 5 – 7 explores feelings of mortality in a beautiful pop star while Le Bonheur, a tragic film, shot in vivid colour that takes an unflinching look at personal happiness.

“It’s a simple way of a telling a story, not too dramatically, told peacefully. Just the facts,” she says of Le Bonheur in which a husband confesses infidelity and his wife then drowns, leaving him to move on with his lover and their children.

“I’m not political at all. I’m concerned. I never chose to be in a party or join a group, I tried to be an observer through art with some intelligence, and at the same time, I like to participate, to be a witness.”

“Do you think she killed herself?” She asks me, going on to describe in detail the colour choices for the scene from the film playing on television on the gallery wall. We drift into a conversation about it in which, I feel, Varda is learning more about me than I am about her.

Eccentricity aside, and with hindsight, Varda’s oeuvre looks revolutionary; addressing race relations in America in the 1960s and ‘70s, feminism, homelessness, mental health and societal waste.

“I’m not political at all. I’m concerned. I never chose to be in a party or join a group, I tried to be an observer through art with some intelligence, and at the same time, I like to participate, to be a witness.”

The legendary filmmaker is keen to look forward rather than to the past, turning the conversation to her work 3 moving images. 3 rhythms. 3 sounds, recently on view at FACT Liverpool.

“It’s three films, showing simultaneously, mostly silent, but with a bit of music. It’s a study of reflexes, fast and slow,” she explains.

Perhaps what is so inspiring about Varda is the real people and characters she chooses to celebrate in her work. Those who scavenge for food in The Gleaners, a homeless young woman in Vagabond, women at crossroads in life with Cleo 5–7 and La Pointe Courte and in a humorous short Homage to Zgougou the Cat, her beloved cat. While she may be a cutting-edge auteur, her films instantly recognisable through their timing, humour and emotion, she is also an ardent cat lover.

A woman undoubtedly ahead of her time, her unflinching eye for documenting the underdog and the underserved in society has never rung truer than it does today. Although, perhaps the real lesson is her reluctance to rest on those laurels even at 90, pushing forward and making fresh, new work. 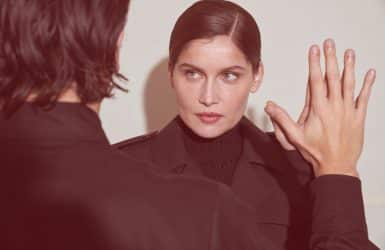 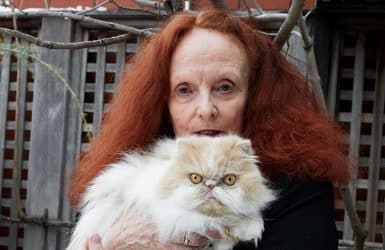 Prev Feature:
All The Feels
Next Feature:
The Art of Letting Go
Keep In Touch