The multi-talented American music producer, singer, and artist Channel Tres is no stranger to the music industry. He’s been a major player for some of our favourite artists: Disclosure, Tinashe and Grimes. The Compton-born artist shares his enjoyment of being a performer and training for his first tour this summer as he hits the stage. Today, Channel Tres spoke to us about the inspiration behind his newly released single, Just Can’t Get Enough, and the following album. 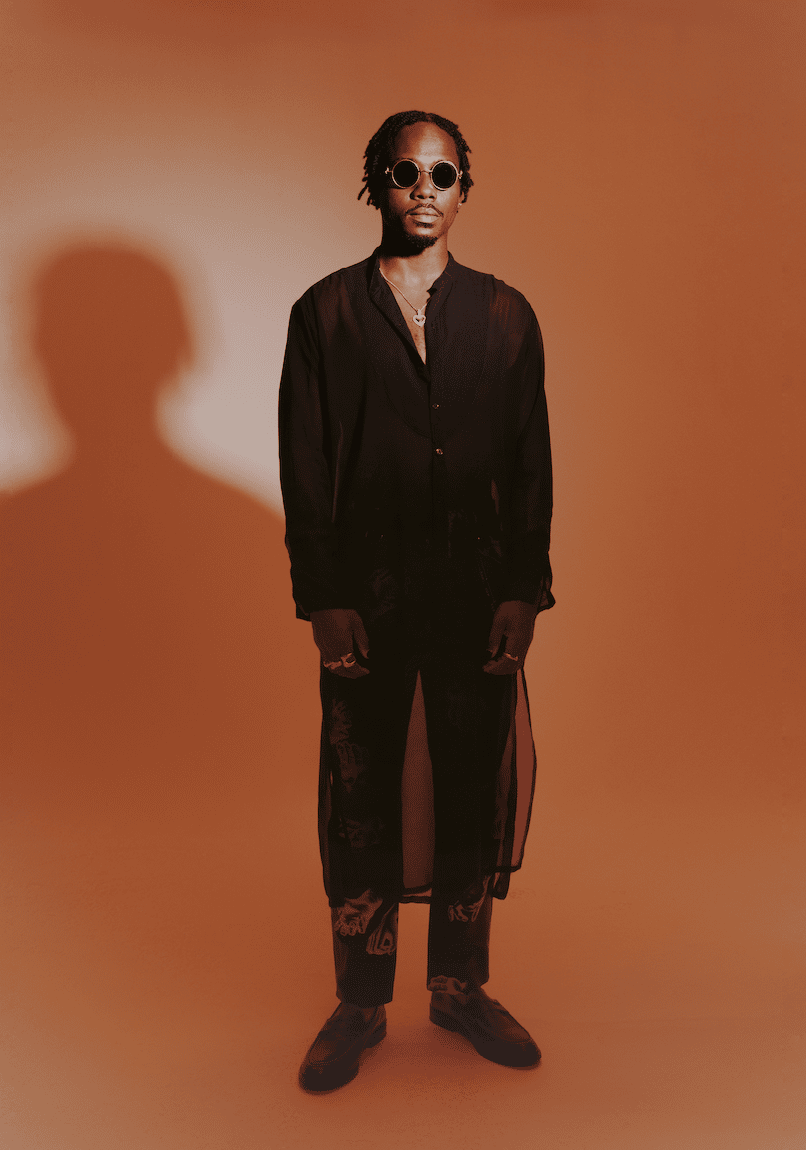 April Wan: So you started as a producer in the music industry. How do you find the shift into becoming the artist known as Channel Tres regarding your creative practice?
Channel Tres: As a producer, you’re spending a lot of time with other artists and helping them with their vision and adding to what someone has and kinda working as part of a team. You’re just trying to make the best music for them, that expresses what they want to get out, versus being an artist and you’re taking that energy and focusing it on you. Being a producer is more of a selfless job so the shift of like giving myself all of the attention felt a bit weird at first because I wasn’t used to that, but it also made me hyper-aware of things that I’m doing, how I look, or how I’m treating people, or how I’m just being a person or existing in the world. It was kinda good for me in a way of just maturing as an adult, but it was weird at first because I felt selfish and I had to get out of my mind that this is a selfish thing to do. It’s more of a passion thing because I like to express myself through dance and with my voice and music and I love performing in front of people. That’s something I’ve always wanted to do and it’s something I love doing.

AW: Your most recent mixtape refresh dropped in March of this year. When I listened to it, I was so surprised that the tracks barely included any vocals; it was a purely instrumental album. Is this the genre that your music is heading towards?
CT: I don’t know. When I first started putting things out, I used to put out beats on Soundcloud and my beats would tell a certain story of where I was in life. When I was homeless and just sitting in a Starbucks and making a project all day because, you know, I was looking for a job, but I was using my time to create the music to that soundtrack of the moment I was in in my life. So, it’s not where my total sound is heading, it’s just something I needed to get off my chest. I had recently given up drinking and just decided to make some changes in my life, going through a breakup. And coming off a really dope tour, but I had to learn a lot about myself, so I just felt I had to hit the refresh button. And those were beats that I made during that time, so it was just some ideas I wanted to put out and it was just kind of for me.

AW: As we’re coming to the end of this pandemic, do you think your approach to creating music has changed / evolved?
CT: Yeah, it’s evolved in a number of ways. Just how I record, I used to freestyle and I still freestyle but a lot of things were just off the cuff and now I’m sitting down and writing lyrics out and sitting in the studio longer, taking time on my vocals and cutting the vocals, taking more time on the production. And pushing my ideas further than where I started. I think that naturally I go with my first mind, which is a good thing to do but it’s also fun to take another approach and make different versions of a song and see where I can take it if I just push myself harder than I would normally. And it forces me to read things outside of music, like studying the art of fighting or reading about Bruce Lee or Malcolm Gladwell or something like that to further my mind outside of the studio. So when I get to the studio, I’m approaching the music in a different way and approaching the process in a different way. More methodical or more in the way an engineer would approach something or the way somebody building a car would approach something. It just kind of made me a little bit more technical because I focused on feeling a lot, and I still have feeling, but when you add the technique to the feeling your sound really has the chance to evolve.

AW: I see you’re performing at a couple of music festivals over the summer. Are you excited? How will you be preparing for that?
CT:  I’m excited, I’m in the gym everyday with my trainer, 5 days a week. I’m learning what to eat to get better energy out of my body. I have to go on tour and have some festival runs so I’m learning some self care things that I want to take with me on the road. Trying to drink more water and not drink a lot of sugary things and in the dance studio, just working on choreography. 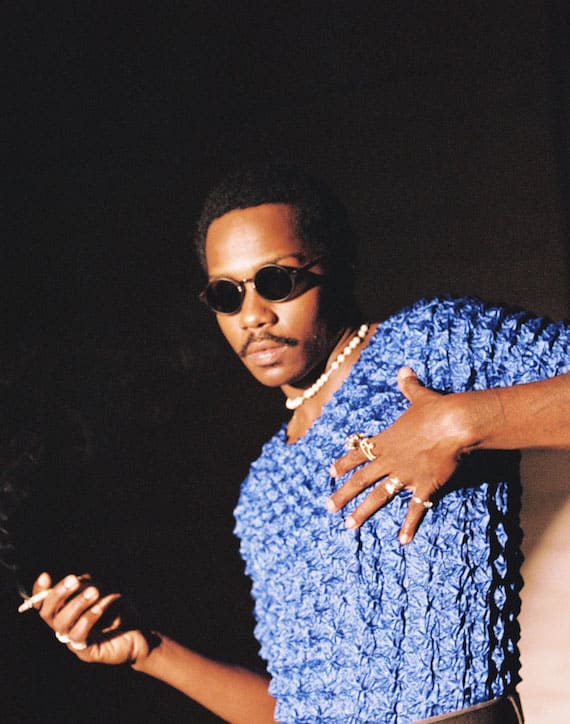 AW: Your new single is dropping this week. Can you share with us the inspiration behind this track?
CT: This song is called “Just Can’t Get Enough” and it’s kind of like my first time really stepping into being open and talking about love. My earlier songs, I was in a different phase. I was young so I was just having fun but like now I’m just imagining what a life could be like to spend with someone that I love or that I care about. So this song was really me just diving into that, but the production is sexy too so it’s kinda like grown and sexy. Just accepting that I’m in my 30s, that love is possible, and love is potentially where I’m headed and commitment is potentially where I’m headed. But it’s not something that is bad, it’s something that makes me feel sexier. It’s just being grown and sexy and being committed but not looking at commitment as something that’s bogging me down but something that’s fulfilling me to be a grown and sexy person.

AW: You recorded the last mixtape  on tour with Thundercat. Did he give you inspiration for this new album?
CT:  He showed me a lot of music he was working on.Thundercat is a genius, he’ll play like 10 songs that are amazing and they’re not out, you’re just kinda like dang. But I guess it did inspire me. That was the longest road trip I’ve had and it was my first time being on a tour bus and it was after the pandemic. I was kinda homesick a lot of the time and it freaked me out to be on the road that long versus being at home for a year and a half. So instead of drowning myself with alcohol and partying all the time, I bought some studio equipment and every city that we were in, I just set my studio up. And I made sure I was just making beats everyday, so it kinda came out of that.

AW: What do you want people to take away from the new music that you’re dropping?
CT: I just want them to remember to have fun, remember to dance. I know we all have our lives and things are serious to us and there’s a lot of trauma and bad things going on in the world, but at the end of the day you can go within and make a decision to get away from that stuff for a second. And move your body and remember to try to focus on something positive and just make sure you take care of yourself through all the bullshit. 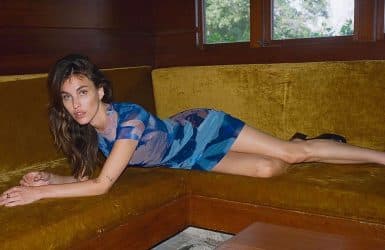 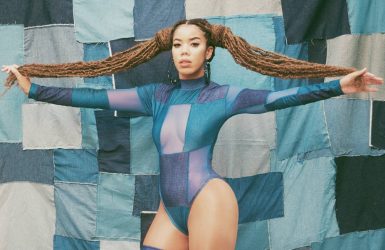 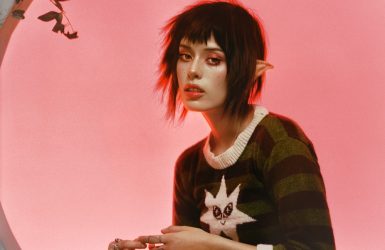