This week we spoke with blonde beauty Lolo Zouaï about her influences, her style and her flourishing music career.

You have said that you tend to avoid pigeonholing your music by genre, what have been some of the major influences on your music?
My music is just me, but in song form! My inspiration comes from a mix of where I’ve lived, my different cultures, and my personal life.

You have been called a child prodigy of sorts, discovering singing at six years old, what has that been like to know singing is your thing so early?
First time I’m hearing that, but I’ll take it! I started singing at a young age. I noticed that I had a nice voice and started studying pop and R&B music and imitating the runs that I would hear. Lots and lots of practice! I was obsessed with pop stars like Britney Spears, Beyonce, Christina Aguilera, Mariah Carey, and would picture myself in music videos like them. I feel really lucky to know what my passion is because I know that it can be a difficult thing to find for some. At the same time I think it would be fun not knowing and figuring it out on the way.

You were born in Paris, grew up in San Francisco, but have recently relocated to Brooklyn, do you consider yourself a New Yorker?
Haha no definitely not. I feel like you need to have lived 10 years in NYC, and have eaten about 1,000 bacon egg and cheeses to be able to claim it. I’ve got a long way to go. San Francisco will always be home in my heart.

Has French culture influenced you at all?
I was raised by my mom so I think French culture has indirectly influenced me, but I consider myself to be way more American. I’m fluent in French but I don’t fully understand or speak most of the slang. I don’t know what the cultural norms are in France. For example with dating. I’ve heard if you kiss someone in France it means you’re going out with them, I don’t know about all that.

Your personal style seems huge to you, your general aesthetic screams retro, a hip bygone era, do you curate that or are you just fabulous at thrifting?
Well thank you! To be honest, I’m pretty good at thrifting. I started thrifting when I was 14. San Francisco has the best stores, sad to say my favourite one – Thrift Town, where I shot the music video to So Real – closed pretty recently. I feel like all the girls I know from San Francisco have such good style. Thrifting requires a lot of attention to detail, I’m a really observant person so thats why I think I can find the good shit for the low. I definitely like to be alone when I’m thrifting though.

What’s next for you in your career?
I just got back to New York and I’ve been in the studio. There is a lot coming that I’m really excited for. The full takeover! 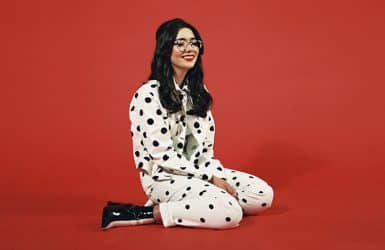 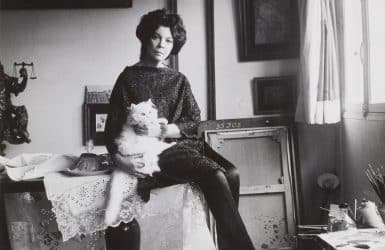 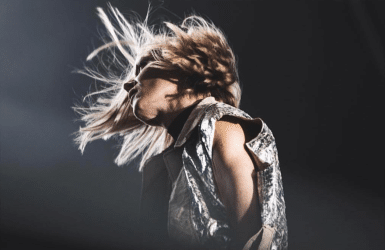