Sinead O’Brien resists simple definitions as she effortlessly combines the worlds of music with spoken-word poetry creating a unique sonic landscape. From her debut album to a European tour, the Irish artist from Limerick opens up about a blockbuster year and what to expect next. 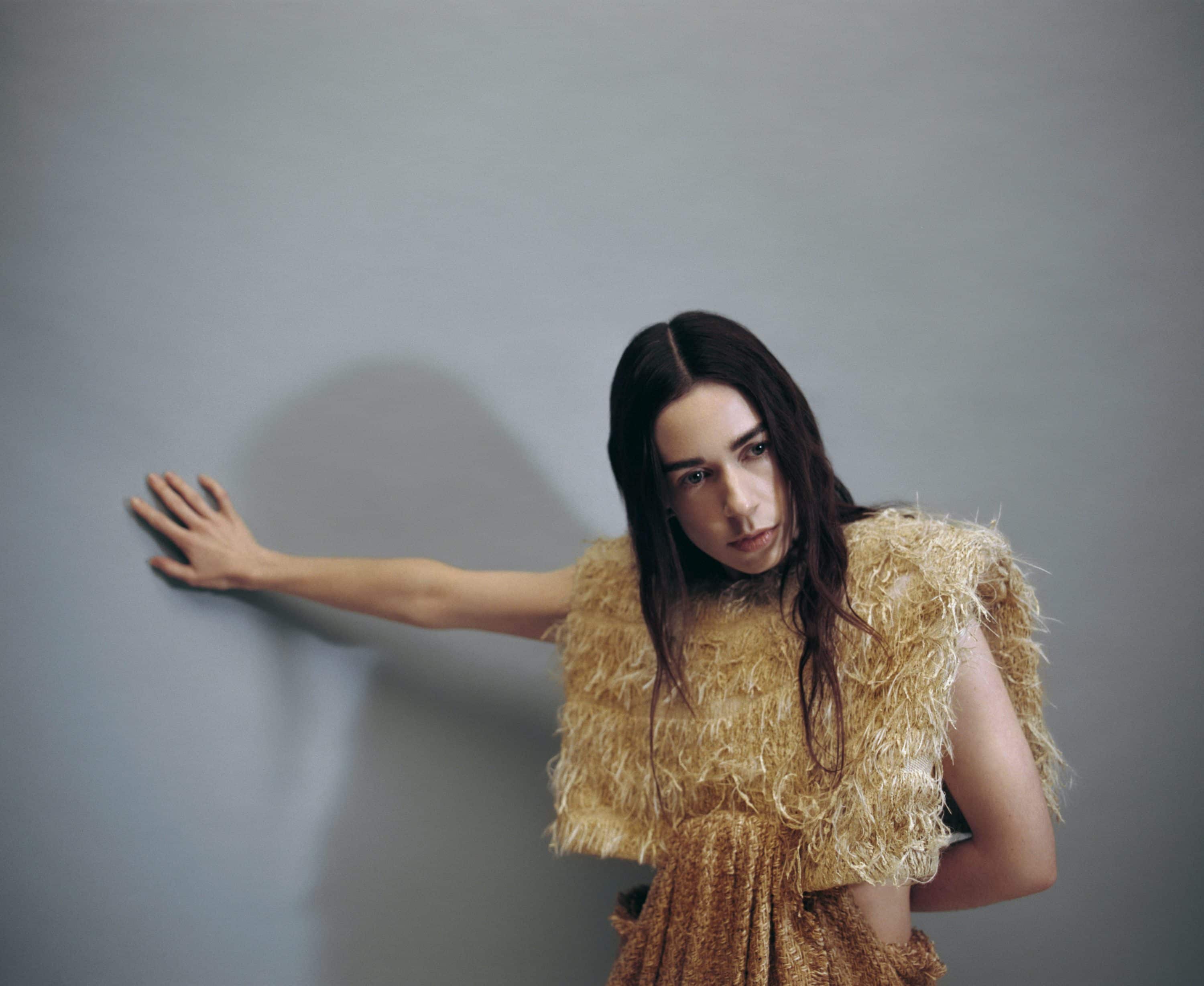 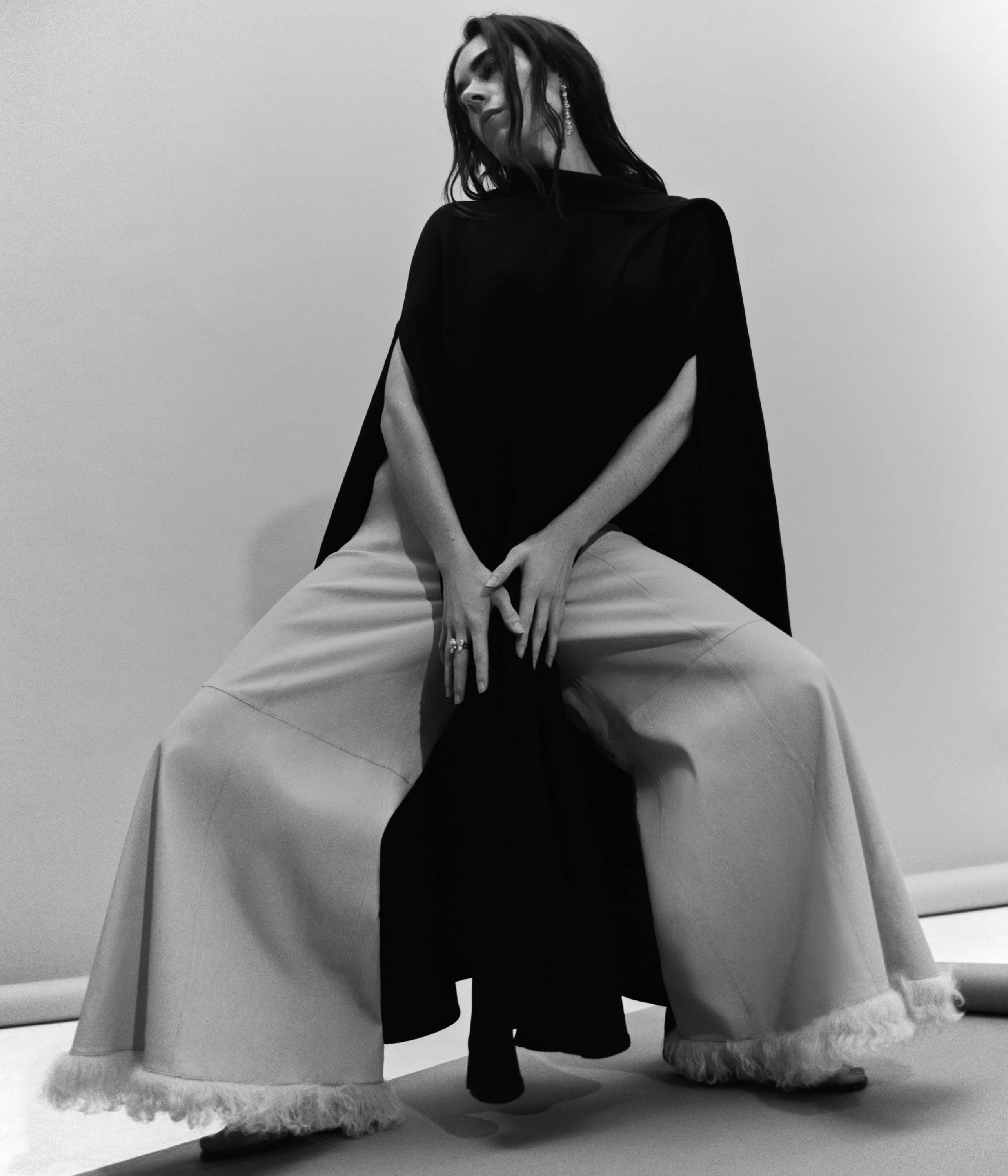 PM: How did you get into music?
SO: Sinead O’Brien: I studied fashion so my trajectory was never going towards music. I did piano and I had an interest in music but I was studying fashion design. When I got to London after I had graduated I worked at Vivienne Westwood and it was great, it was very stimulating. But it’s someone else’s name, someone else’s company at the end of the day and I was searching for  an outlet of my own. Every Saturday morning I dedicated to writing. My friend started a night where she wanted to program people reading poems, dancers, and bands, and I said yes to doing it, without having any kind of end goal, because I had this notebook full of observations, poems and other writings. I realised I liked sharing stuff, there’s a point to it, and there’s something to say. I started reading more in public and I felt comfortable. After the very first time I did it, I wanted to get some people involved and start working with musicians. For me, it never really existed without music. It existed on the pages but for the context of the work, I always envision or hear it with music.

PM: Where do you source inspiration and how do you transform that into music?
SO: It started when I was in Paris, away from home, and somewhere I didn’t speak the language well. It was a way for me to bring scenarios home and share what was happening in my life with my friends. It developed into something where I was deciding the themes I was writing about and curating it. I feel like I have more control over what I’m saying now. It’s not like I wait to be struck by inspiration. It’s important to value the input as much as the output and keep feeding the process. I attend a lot of exhibitions, I see films, I read, and music is an inspiration too. My inspirations typically manifest into mood boards at the end. That’s my design background coming into it. I’ll have images from films, photography, and lines that I’ve written posted up on the wall. It’s very visual which makes it a lot more efficient because I can form whole worlds around sounds; I don’t just write a hook and think of a verse–it’s never like that. It’s about storytelling.

PM: Your first album, Time Bend and Break the Bower, came out this year. What did you want to achieve with the music on the record?
SO: It’s my statement of intent. The music was conceived in a way to elevate the words, which often started as poetry, to a place where they push the meaning towards you. The messages on the album are themes of identity, the self, Ireland, and home. Nature occurs on the album in a very raw, quite powerful way. I would never normally write about nature but the way it comes through is almost akin to the temperament of people like how you can go through these euphoric or quiet spaces. There are many themes in it because of the sheer amount of words. Lyrics are the focus but with the music, I aimed to have everything from ambient music around the poetry pieces to something that sounds more danceable and heavy.

PM: You went on tour this year. How does that compare to writing and being in the studio?
SO: They’re on completely opposite ends of the spectrum. Writing is like the introverted side to yourself; being in the studio is like that but it’s a bit more collaborative; being on tour is the public part of yourself. I love touring and performing and I wouldn’t really do music if that part wasn’t involved because what I do doesn’t exist on a page or on a record. Touring is about communicating something in a moment.

As much as I am quite introverted in my day-to-day life and relish the solitary writing process, there’s this explosion ready to happen and it’s like welling up in me for months and months until the tour. Doing festivals or doing gigs throughout the year is one thing, but it’s just nothing like touring when you have months in a row consecutively planned for the same activity every day. It takes on such a new meaning. You feel like you become really good at what you’re doing, and you get a chance to dig in. You seem to get deeper and deeper every night that you’re doing it. As opposed to being repetitive, it actually becomes new territory. With my sound engineer every night after every show, we would be dissecting and picking apart any element that we could change and how it affects the next night. It’s exciting and anything but mechanical. 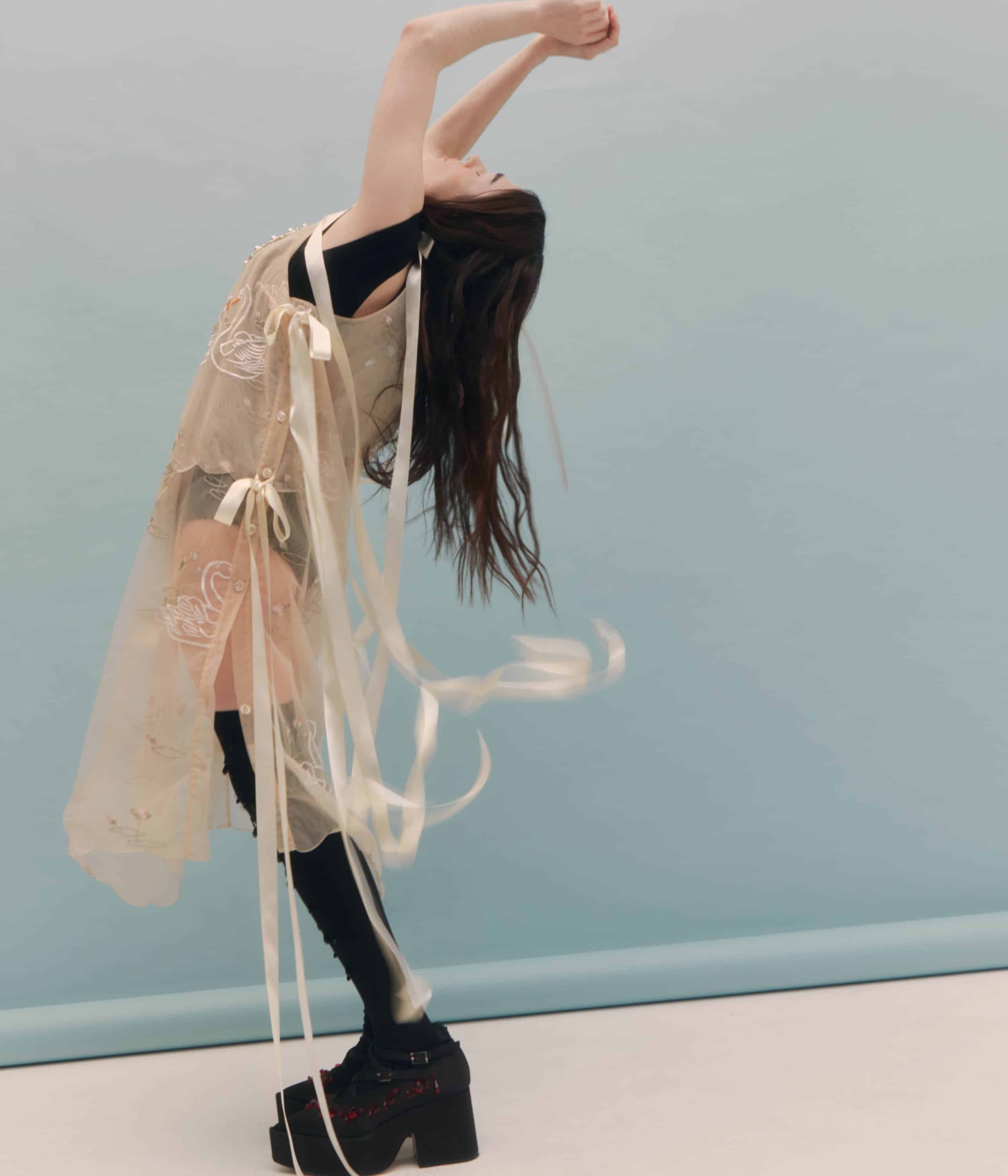 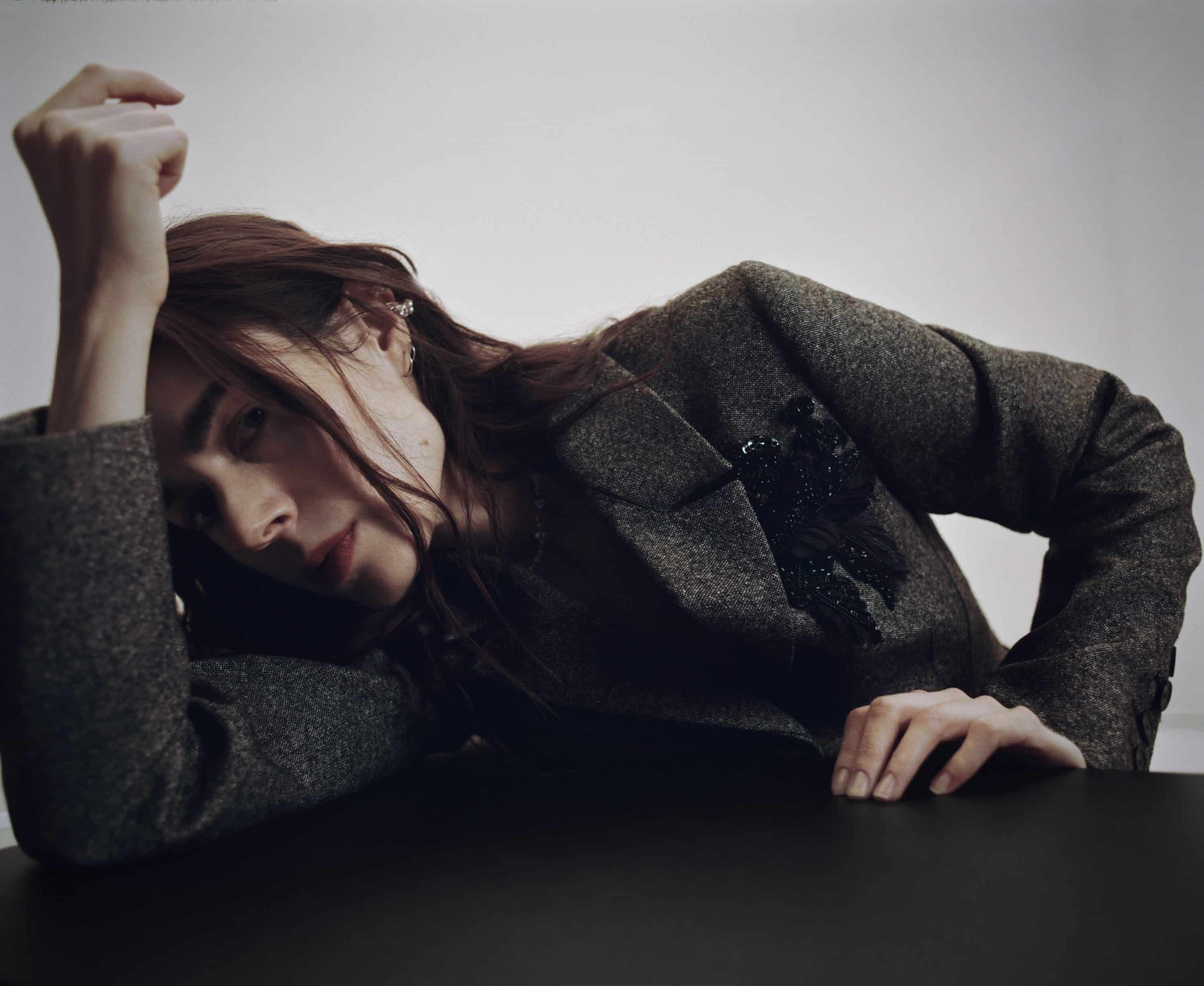 PM: Your fashion choices are deeply considered. Could you tell me more about your stylistic approach for live events?
SO: It’s such a good opportunity to dress up without having to commit to buying things. I don’t like to gather all these things and let them sit at home. I think it’s so important having these relationships with designers but not on a surface level. It goes deeper than that and I like to choose things that affect the performances in different ways like movement, mood, and even colour. What you wear obviously affects how you feel. Some people make a choice to wear really casual stuff that’s nonchalant and blasé and that’s cool in a way. For me, I’m quite an extreme version of myself when I’m performing but it’s still very real and authentic. I like the enhanced drama of the garments mixing with the venue. All of those elements are a lot more than superficial: they push and pull and create tension. I remember on one occasion, I was wearing a dress with quite puffy sleeves, a little Snow White, and I thought, ‘this is almost too pretty.’ But it gave such a good underlying feeling to the performance. It brought out aggression in order to combat the delicate, fairytale feel of the dress. [With style], there are things like that, which you wouldn’t even think about, that I love because it brings more drama and depth.

PM: What is your focus for next year?
SO: It’s going to be focused on writing and giving myself room to experiment with sound. I don’t want to rush into the next chapter. I want to really consider things. I’ve already started but I want to break it open wide and see what ways I want to go with [music] because there are a lot of possibilities. A chapter is a good way to look at it; it’s going to be a new direction, the consistent thread is me and my way of thinking, communicating, and performing. 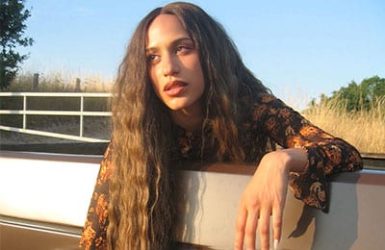 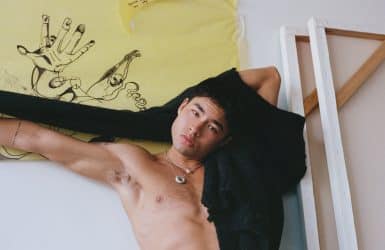 Chella Man – the Only Way Is Forward 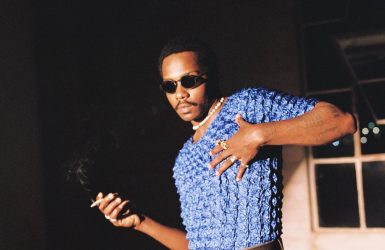 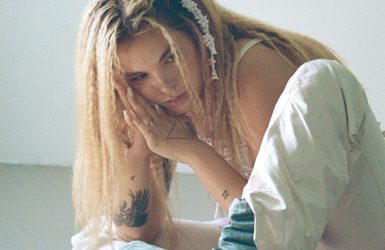