This weekend Zuzu tells us about the 60s and 90s vibes that flavour her music, her obsession with sci-fi and shares her favourite spots in her hometown of Liverpool as well as the perfect weekend playlist.

How would you sell your music to someone who had never listened to it before?
If you like music from 60’s and 90’s, cats and aliens then hit us up!

So now they know what your music is about and they certainly are not going to forget who it is by can you tell us a little bit of background behind your very unique name?
My mum got it from her favourite film ‘it’s a wonderful life’ the little girl in it is called Zuzu.

In fact, a lot of your work and even social media is peppered with nods to space and sci-fi, can you tell us a little more about your affinity with the extra-terrestrial?
I have always been pretty obsessed with sci-fi from a kid and never really grew out of it. The movies I watched then still inspire me now visually, stuff like Mars Attacks and the Fifth Element still look amazing to me now. That being said, I’m really enjoying the new Star Trek and Lost in Space which are both on Netflix, would highly recommend if you’re into that kind of stuff.

Back down to earth, you’re from Liverpool and some would definitely consider the city to be a pretty tight-knit community. How much do you feel that having Liverpool as a backdrop has impacted your music?
Liverpool has had a massive impact on my music, I consider myself to be extremely lucky to be from such a creative city full of so many other incredibly talented musicians I’m fortunate enough to call friends my fellow Zorbian’s Queen Zee are my faves!.

What are some of your favourite spots in the city?
It Sounds kind of morbid but I love St James’ Cemetery which is the graveyard to the Anglican cathedral. It’s got a really cool vibe and you can feel the history of the city when you’re hanging there. It feels more like a park than a cemetery! Other than that, I always love anywhere on the river, but Otterspool prom to be specific!

It seems like your music career is just on the up and up. What has been your biggest highlight so far?
There’s been so much cool stuff over the past few years but i still feel like playing with Courtney Barnett was a massive highlight for me. I just adore her and her music and at the time I was completely obsessed and just freaked out.

Did you have cats as a kid?
I’ve barely lived a day in my life without cats. My first cat was all black called Molly, I still have a cat at my parents called Juliet but I have two little boys I’m responsible for every day. They are Jean-Paul and Edgar…They are proper momma’s boys. 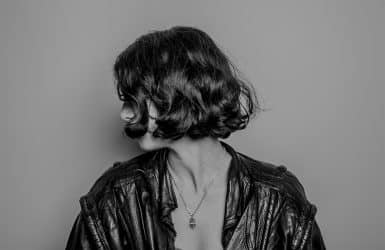 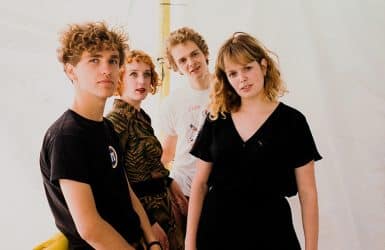 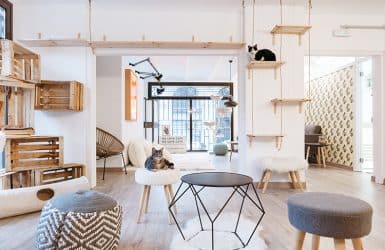 Prev Feature:
What Are You Looking At?
Next Feature:
The 4G lottery with Givenchy
Keep In Touch