Combining Parisian chic with Scandinavian down-to-earthness, Cecilia Bönström always knew what her path was. Coming to Paris aged 17th as a model and now the artistic director of Zadig & Voltaire, we spoke to Cecilia about the perfect capsule wardrobe, her design process and what it feels like to have a bag named after you.

Maria Joudina: You were born in Sweden and moved to Paris when you were 17 to model. What was that experience like?
Cecilia Bönström: 18 and a half. No 17, you are actually right, because I came to Paris already aged 17 for 2 months during summer and then my real move was after high school graduation, so at 18 and a half. It was not planned because I loved school and I wanted to go back to Sweden to become a lawyer or journalist actually. I loved studying, I’m very into details and learning and that is actually why I think I’m here, 30 years later, at Zadig & Voltaire, because I want a challenge and I want to learn everyday. That’s why I push the collections and the company further. So I came to Paris for a short while that turned into 30 years.

MJ: That’s always the way, isn’t it!
CB: It is! And the beauty of youth and the naivety that you have when you’re 18 is that you have no limits. Thank God you don’t know in advance what’s ahead of you. There’s been beautiful moments, but so much work to arrive where I am today.

MJ: And how do you think having been a model prior to turning into a designer has influenced the way you design and the way you work?
CB: I think it influences me definitely more in how I treat my team. When you are a model, while very young you travel and you constantly meet new people. New teams, makeup artists and clients who see you at six in the morning. So you learn how to adapt in different situations and so I have learned to grow my self confidence and to be able to adapt and I think that is really what helped me to work with a team in a positive way. That’s why all my stylists and designers stay with the company for all these years, because it is such a good vibe.

MJ: That’s so important.
CB: It is! It’s very rare also in this job. The other link is also when you’ve worn so many clothes like I did when I was a model, it helped me realise what a woman needs. What does a girl, a woman that is active, need to put in her suitcase. There are very few items that you actually need and the rest is extra. Zadig is all about a wardrobe to make life easier for women. So maybe being a model and traveling with a small suitcase is what helped me to be very precise when I create and really try to imagine pieces that are useful for women and girls.

MJ: You said in another interview that your first and only idea was to work for Zadig, what was it that was so appealing to you about this brand?
CB: Yes! In the late 90’s I was still a model and I would fly to do some appointments in Milan, go to Corso Vittorio Emanuele and buy my Prada bags, Gucci, and there were a lot of designers, a lot of colours and a lot of things going on. Then suddenly Zadig & Voltaire popped up and I loved their approach to fashion. The colour palette was very appealing, very soft and also when you went into a store at that time it was all white and it was made with drawers so it was a feeling of self service, very practical. I’m Swedish so I love that stuff that can be practical and quick. Zadig & Voltaire was a shock to me and at that time, I loved advising my friends who were also models how to dress and I would shop with them and tell them “Put this with that” and Zadig & Voltaire immediately became my favourite brand. They are so refreshing and have a very modern way of looking at fashion; that is the company that I feel very similar to in DNA so I called them up.

MJ: What is it like to go from assistant to creative director and lead the whole team?
CB: I mean I can’t even believe that I dared doing it.

MJ: Maybe it’s the not knowing again that helped?
CB: It’s the not knowing. Obviously I lacked experience, if I had known that in advance I would never have dared jumping into that project and adventure; but the company believed in me and that’s enough. But of course I made many mistakes that not many people noticed. I know them now. I am living proof that the eye is really a muscle that you can exercise like working on your arms. You can really work on that muscle and make it become more precise, more perfectionist and that’s what Zadig & Voltaire gave me; this occasion to really work my eye. So I feel it was a heroic moment in my life to push the door to the studio and become head of design that day in 2006 after so little experience.

MJ: You seem to be the perfect embodiment of Zadig. Do you feel when you’re designing a collection, that you’re designing for yourself in a way?
CB: It’s become like that. I don’t know when it started, was it destiny? My aesthetics is definitely totally aligned with the Zadig & Voltaire history. The truth is that the first eight years, I was really concentrated on giving a tribute to the history of Zadig & Voltaire and in 2015 I said to myself, “Cecilia I think now you are mature enough to give more of Cecelia”, and that’s when I started focusing more on dresses, suits and all these luxury pieces became much stronger and visible in the collections. I wanted to introduce a  more urban week look, more than a weekend look. When I believed in that and myself enough to give more of Cecilia, that’s when I think the magic also happened. It is important for me to honour the past, but I also think our aesthetics of masculine and feminine, effortless, rock chic and the kind off nonchalance has always been the way I dress and it’s the base of the house, so it’s very natural and organic. It’s a lot of responsibility on my shoulders, but I have to say I am so lucky. It’s destiny that I found my path to this company that is so close to who I am. I became the ambassador; I design, but I became this sort of person that is linked and embodies that kind of silhouette. I’m 51 today and I can wear the same clothes of someone who is older, but also someone who is 16. I think that means I succeeded in creating a wardrobe for women and we don’t care where you come from or what age you are, it’s just a wardrobe for active women with a perfect balance for everyday usage.

MJ: What are the most iconic Zadig pieces for you? If for example, I were to own a single Zadig piece that is eponymous with the brand, what would it be?
CB: It would be one of our cashmere sweaters, because it is a part of the beginning. Zadig & Voltaire democratised cashmere, so I have to say a cashmere sweater with a message on it. It would also be the silk lace camisole. That is maybe the piece that you should always have in your closet or your suitcase.

MJ: And if the Zadig woman was a heroine in a movie, what movie would you be in?
CB: I would say Kill Bill! I would love to see her in action. I mean she is beautiful, she’s strong and adventurous. 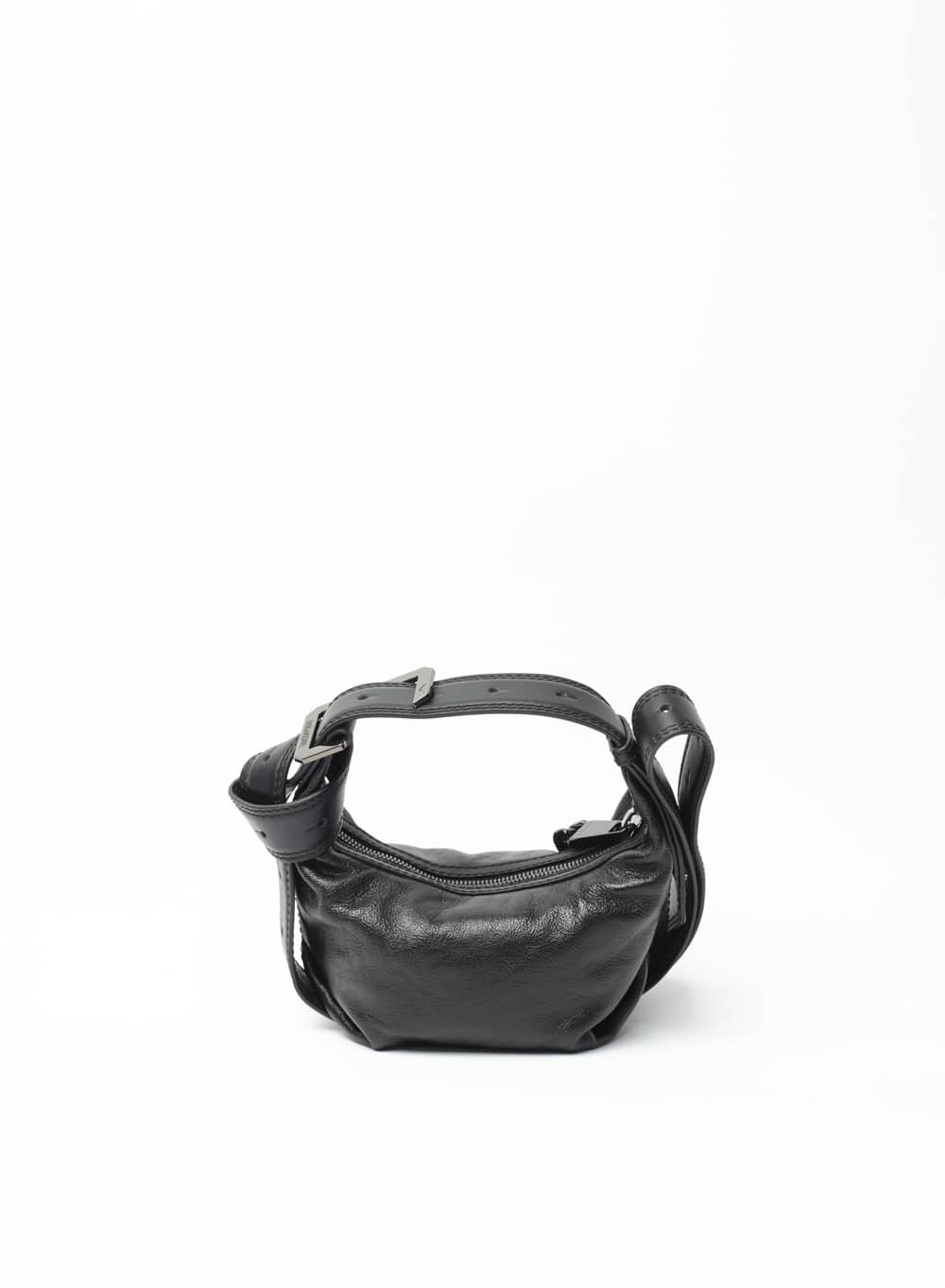 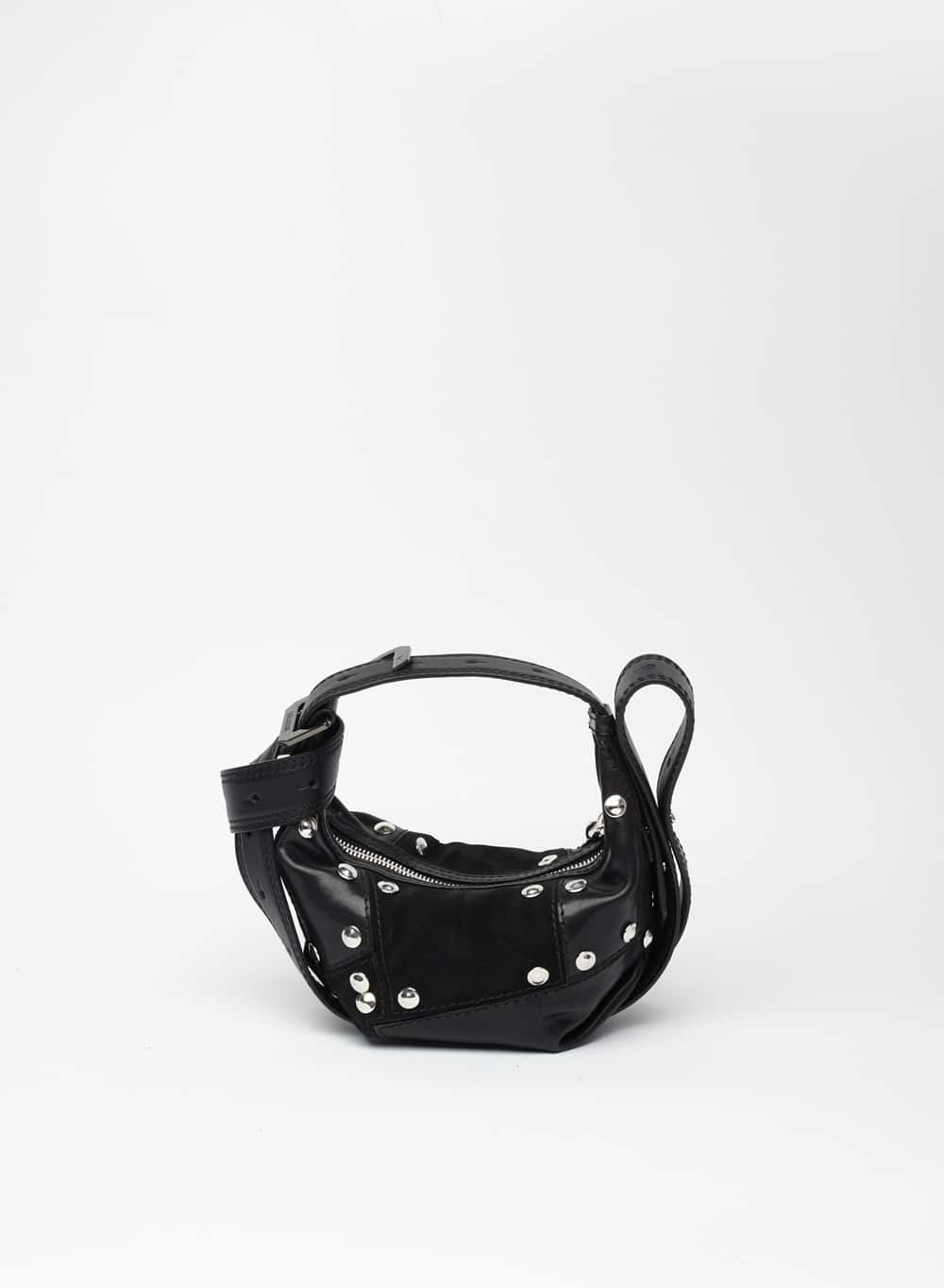 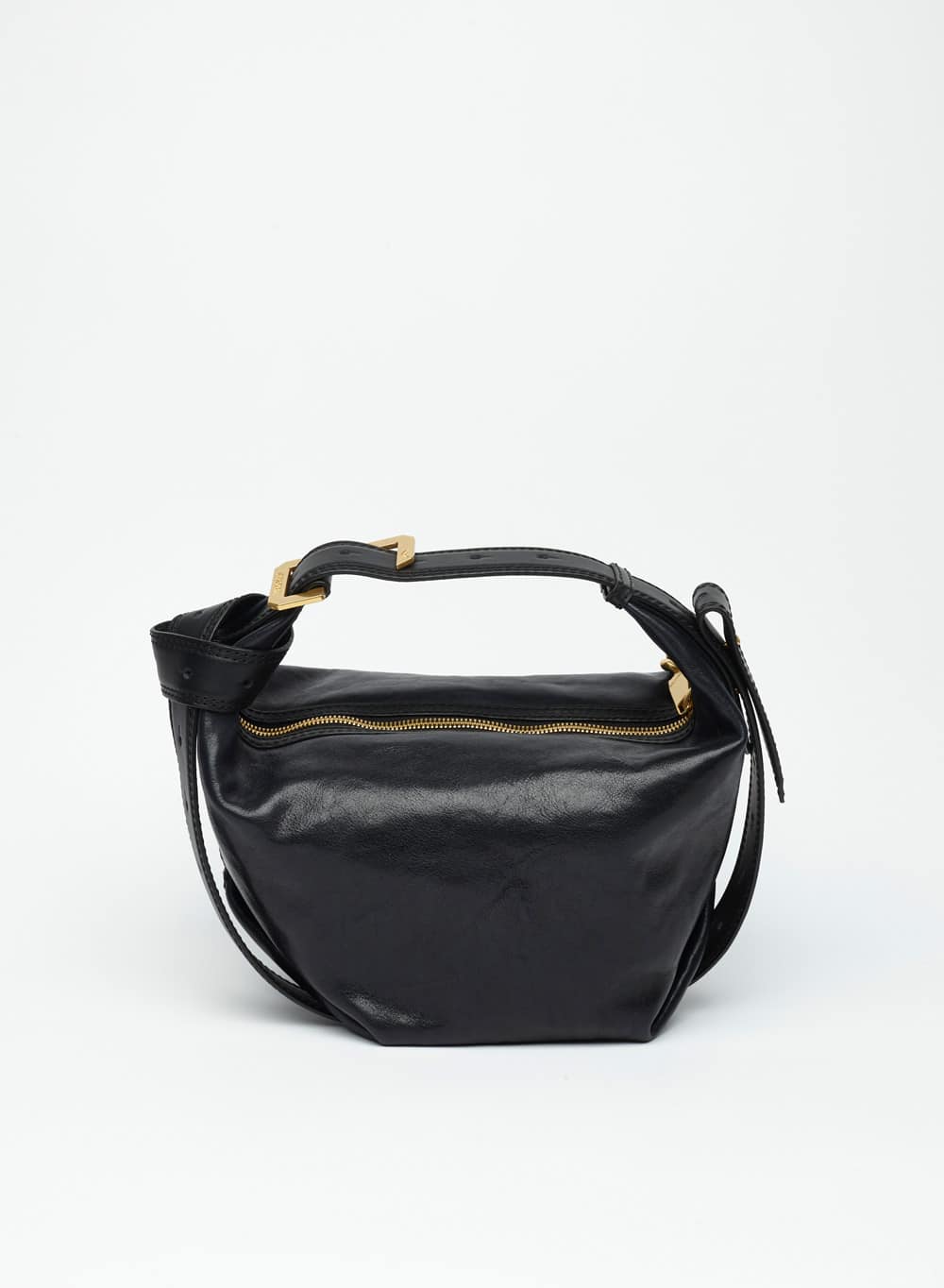 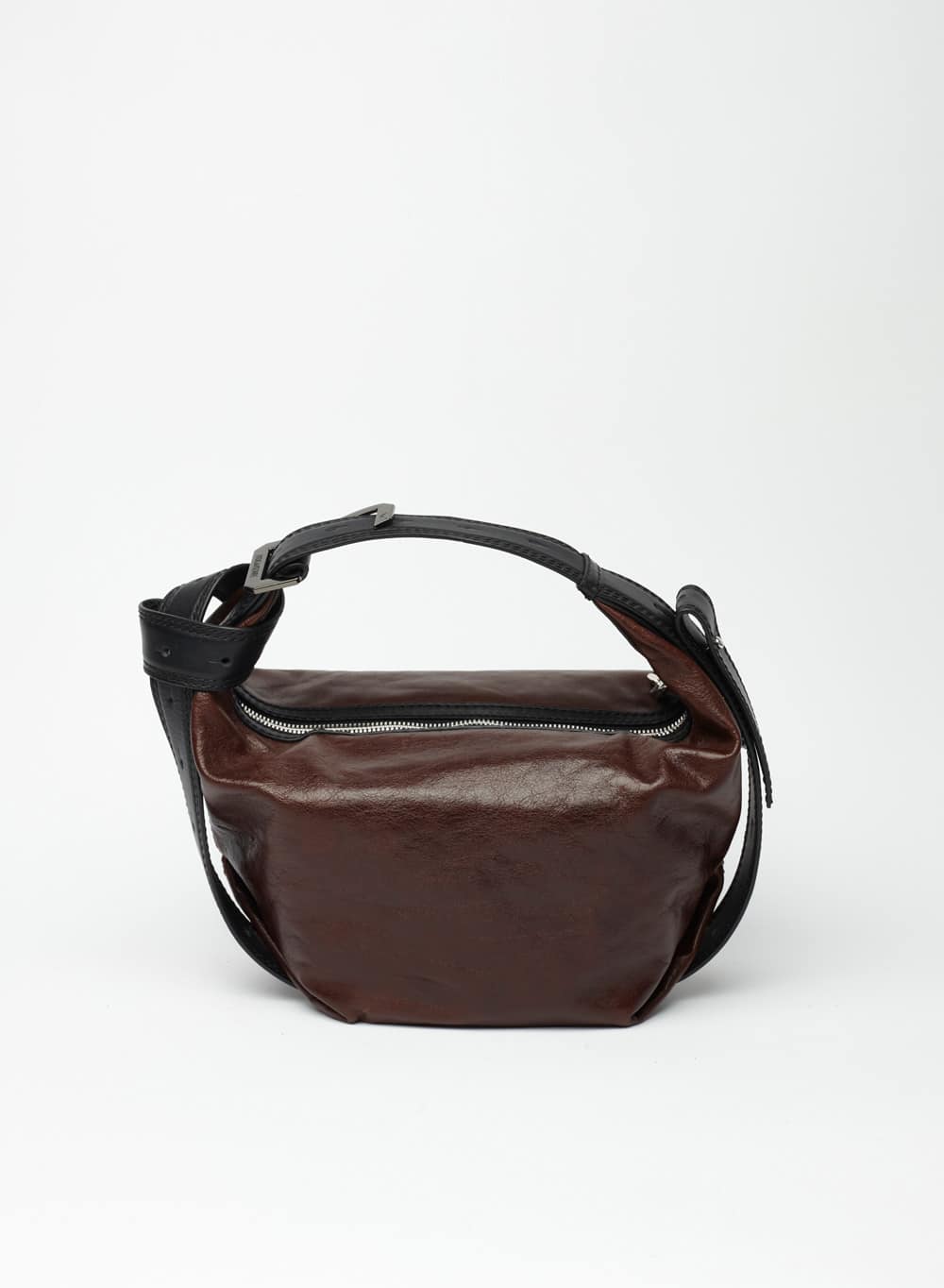 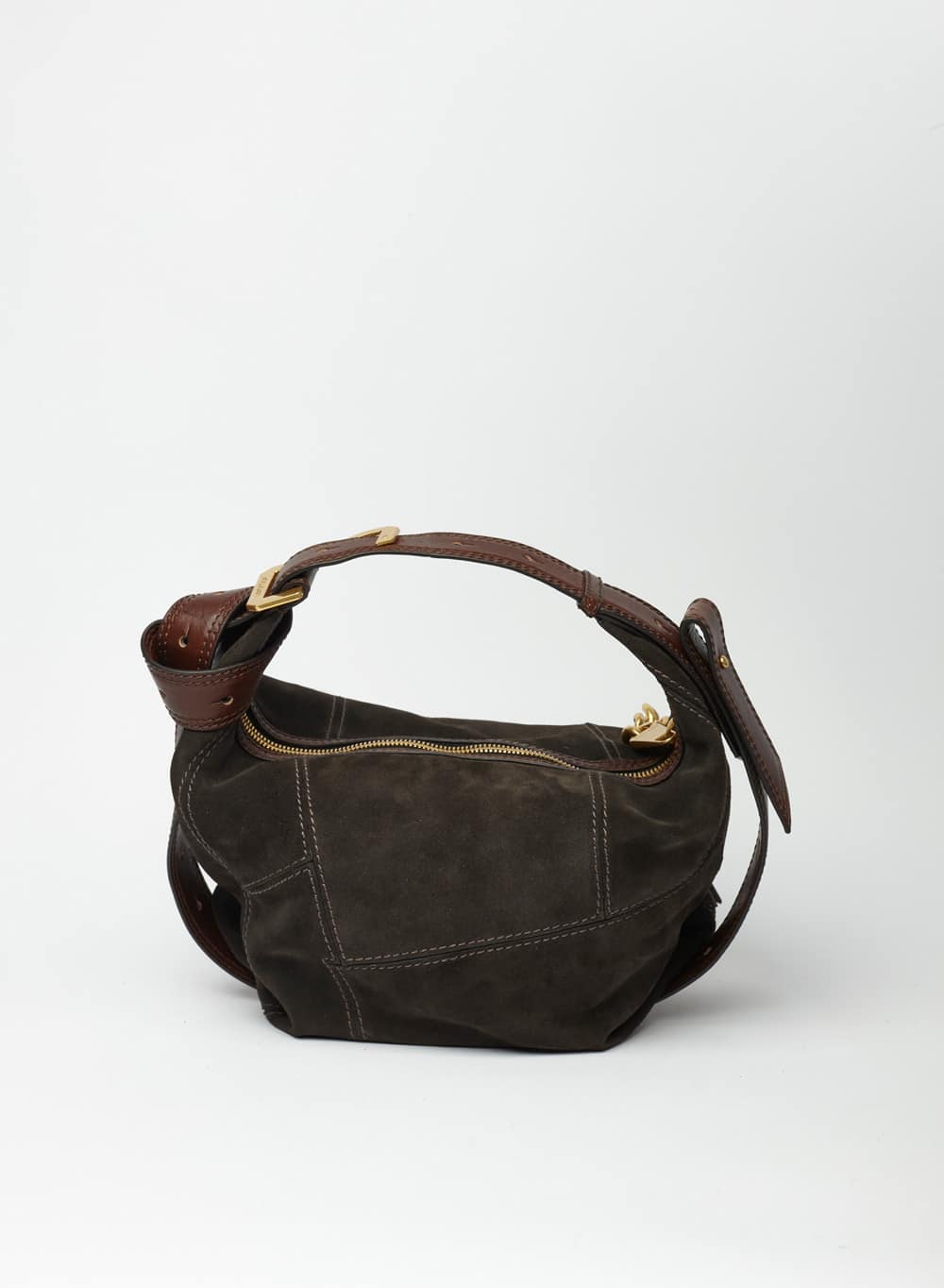 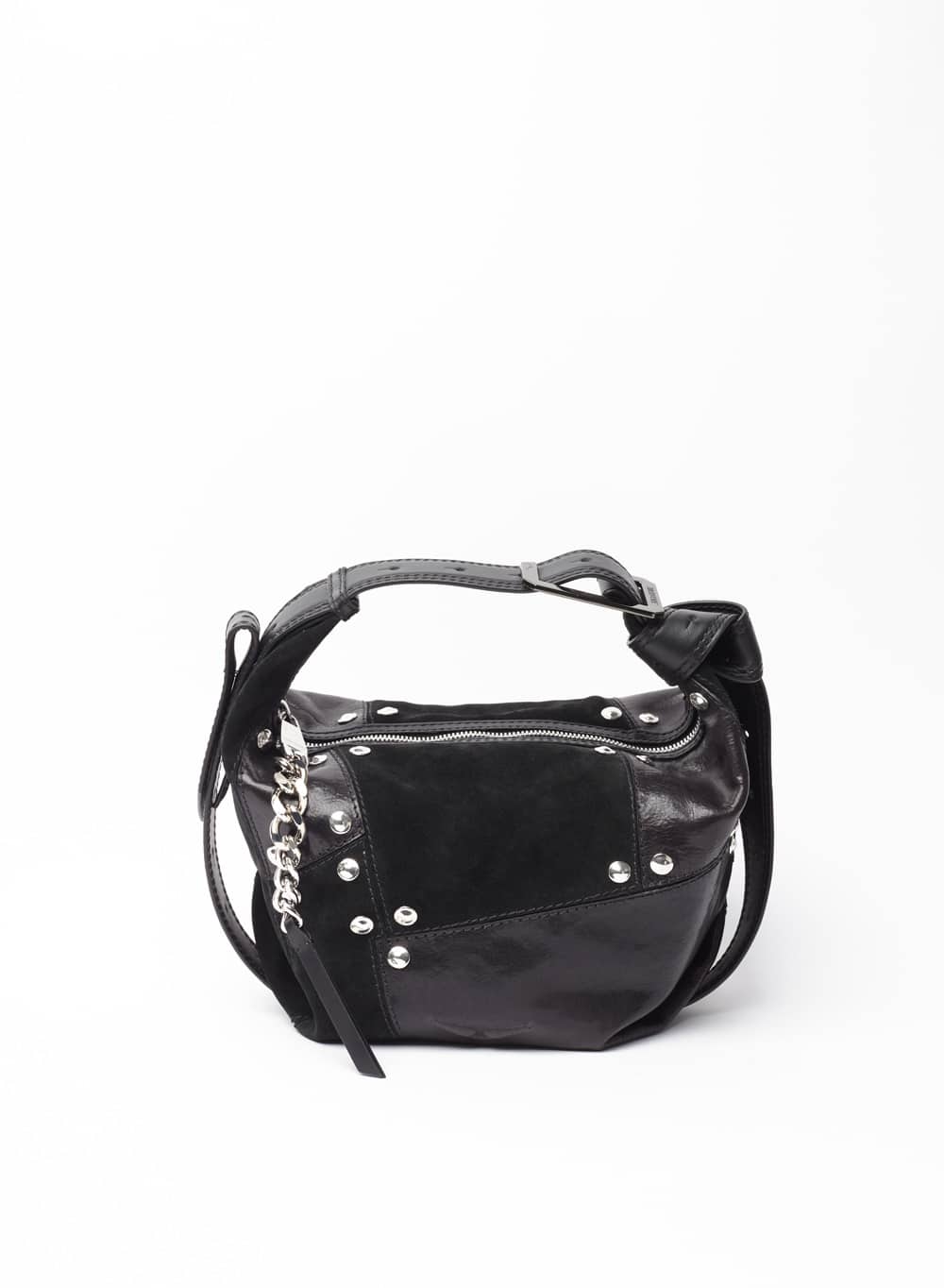 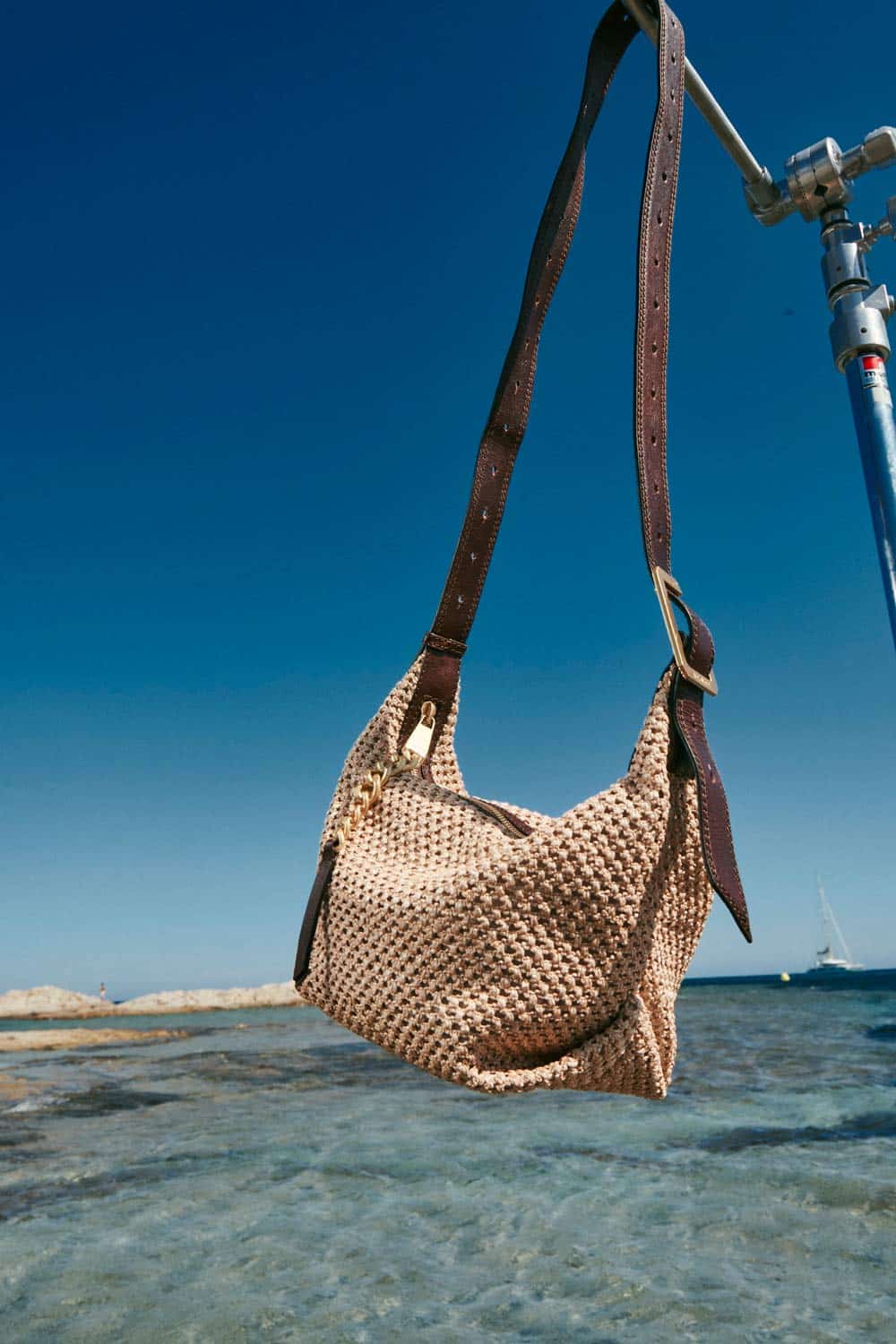 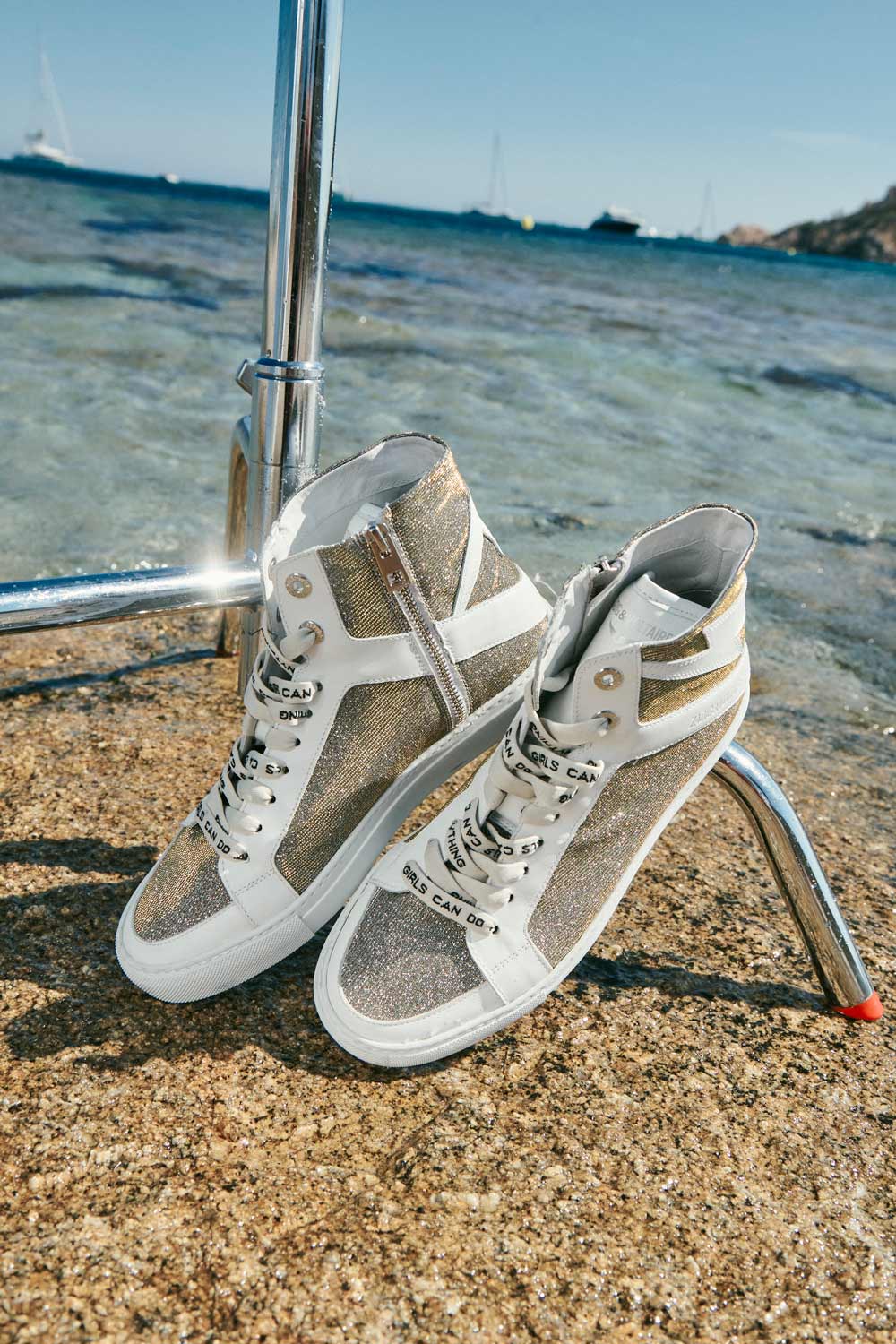 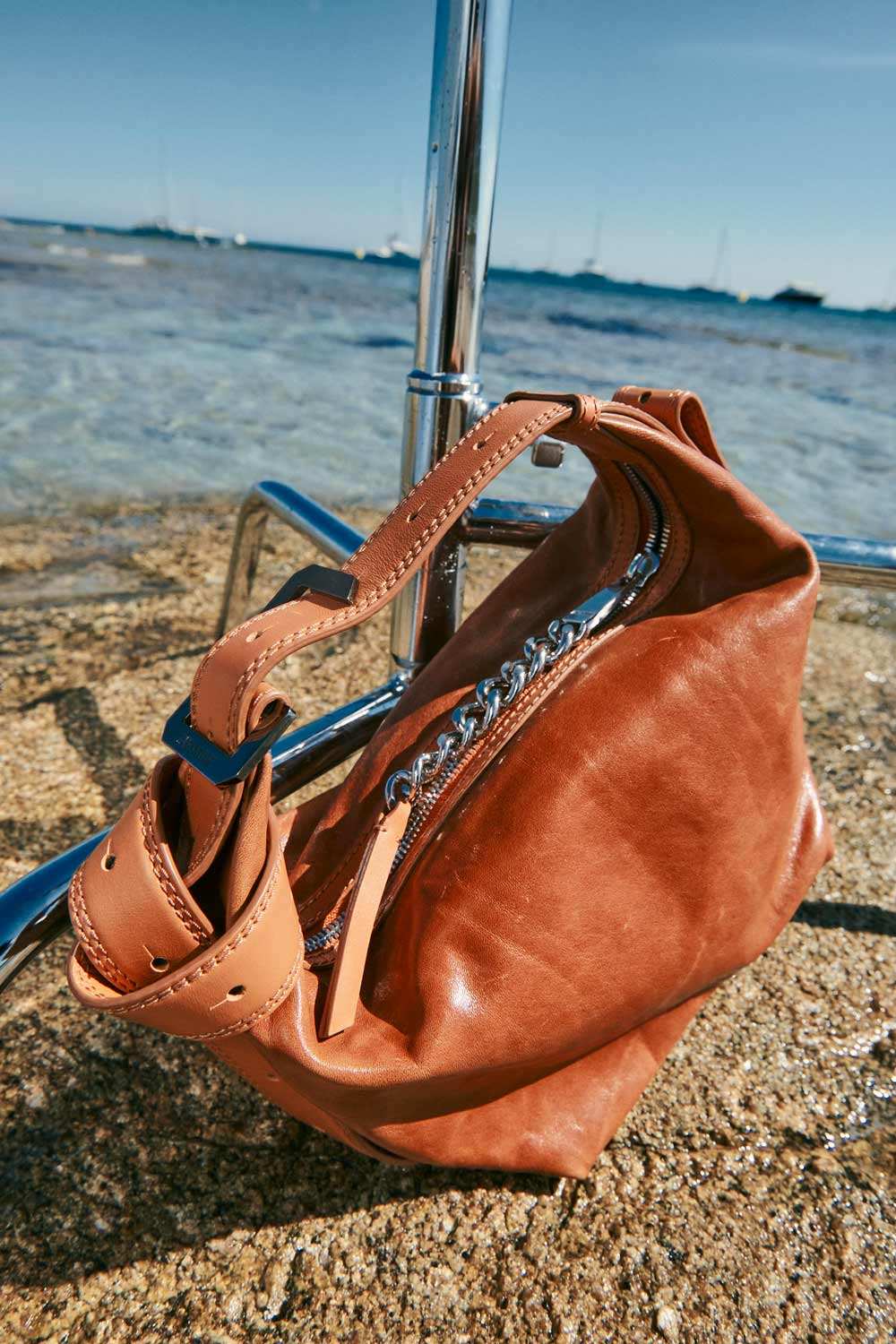 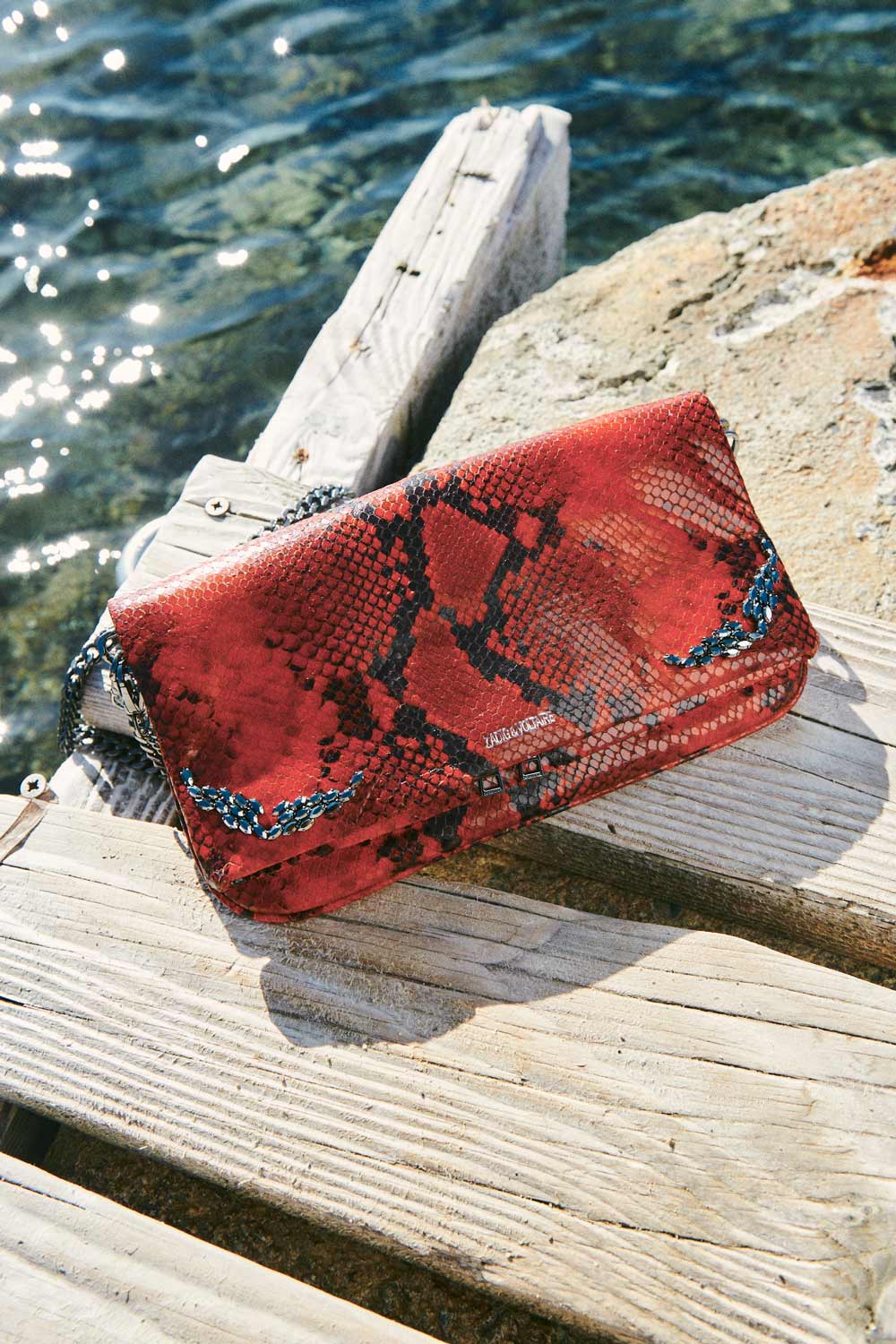 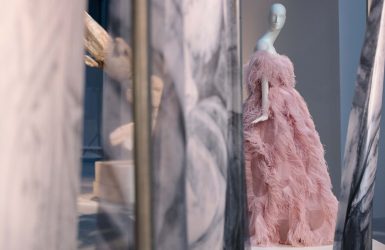 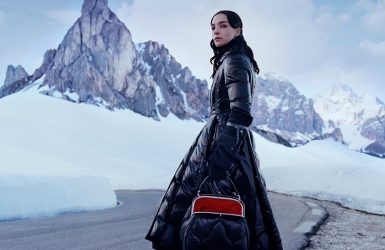 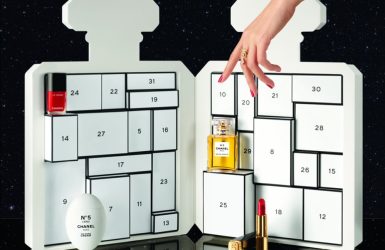