Enthralled with anime and a newfound passion for fishing, Cole Sprouse is as quirky as he is sharp and curious. The Riverdale actor, former child star and archeology student has a multitude of interests and segues between topics with wit, thoughtfulness and a dry sense of humour. He’s accustomed to fame, but not deluded by it; he keeps an open-minded eye towards social issues and movements, constantly advocating for the world to be a better, fairer place. Cole’s here to do things differently.

In his early 20s he took a break from acting and ended up studying archaeology, which may seem random but actually ends up being part of the joyful exploratory spirit that makes him so compelling. “My grandfather was a geologist and I had always admired his discipline. I originally went into school within a program that allowed me to study whatever I wanted to study. After taking astronomy and biology, which I very much enjoyed, I was taking a couple of anthropological classes, I realised that archeology was a discipline that sort of combined all those other disciplines I was studying into one. Archeology is a very interdisciplinary study that tends to rely upon quite a lot of the sciences.”

Sprouse is a nuanced thinker, and it’s not just the science that held sway for him but the possibilities it offered. “It was a combination of my interests that led me there, but also I immediately fell in love with the lifestyle that it gave, which was one of intensive and competitive study, coupled alongside field work which was very, very enjoyable. There was travel, it was kind of romantic if I’m being honest, to places around the world where I otherwise would not really have had the easiest access to.”

Sprouse has a wry humour that permeates our conversation, and he’s a refreshingly sharp and quick-witted subject tackling questions about his fame with a casual self deprecation. When I ask if there’s something he wishes people knew about him, he responds, “No no, my God. People know too much about me at this point, are you kidding me?”

His awareness about his celebrity and reflection on what it means is refreshing, his observations are not the jaded rebellion of previous actors but thoughtful observations of what can be unusual circumstances. “I think celebrity is ultimately a kind of source of exclusion from people. It’s designed to separate the celebrity from other people, whether it’s to garner people’s admiration or to make them some sort of notorious figure. I think the act of celebrity can be quite isolating. So that empowerment that comes from celebrity can be really toxic if left unchecked. I just think to keep someone away from your fellow humans for too long has the real potential to destroy your ability to empathise with others and their experience. I feel like if the more you’re made into this sort of wild, radical, mystical figure away from any sense of normalcy, the harder it is for people wanting to connect, the harder it is for you to connect with people, so I’m a firm believer that you always have to take a break and put yourself out there.”

We discuss the challenges of this but he has one clear coping technique: to stay off the internet. “Honestly, it sounds cliché because all of us probably think about it at least once a week, but I’ve made a really conscious, massive decision for the last year to stay off the internet. I believe the internet is a source of information that rewards extremist thinking. I’ve made a conscious effort to step away from social media even though my industry is so reliant on social media, but really it’s toxic.”

He manages his time by disconnecting and grounds himself through company and also by doing as much as he can offline. “I guess I took up cooking, but only in the last year and a half. It’s been really nice. Everyone’s connected to the internet in one way or another, it’s really just about doing whatever makes you happy. I’ve become a lot more social, I’ve found, in real life, now that I’ve taken a big step away. That’s made me very happy because I’m keeping up with people in a very real way that I hadn’t before. And all of this sounds so cliché, it all sounds so funny and humorous because in reality, these are things, these are common sense things that we all kind of know, but I have to say, you put it into practice, it’s really not as glaringly obvious, a monumental change in your life until you see it firsthand.”

We talk about how social media can have some positive impact, some of which became most evident during the pandemic. Sprouse was active at protests and online and I ask where he thinks things stand these days. “The social media conversation has died down a lot. But that being said, the actual activism, it’s still very much alive. This is still very much an ongoing issue and an ongoing conversation, an ongoing battle that needs to be addressed. I also think it’s important to note that I will never ever have the capacity to talk about that movement in a way that comes anywhere near to the actual leaders of that. For people who are interested in continuing their activism, I suggest they go to the source of these resources and find the people and individuals campaigning for change.”

“People all over the world chose to gather or to fight for a good cause, which, whether or not we addressed it fully in the past, was in some greater or lesser way, a small act of selflessness, or a grand act of selflessness that put their direct health and safety on the line when it changed to fighting for the right thing, which I think is valuable – and I think if you can be in on, and under these circumstances, you can continue to do it in repeatable circumstances.”

I ask if there were any other standout moments for him during the pandemic and his response is suitably thoughtful: “I think how people really took to the arts during this pandemic, and what they watched and what they decided to make and how they really understood their world according to how the art is in them, getting through day to day.”

We also discuss his latest hobby, fishing, and I discover he’s been catching “trout, a lot of trout and salmon. So now I have photos and it could be like every idiot’s Tinder profile account that I’ve heard about.”

When he’s not out wilding in nature he has his sights set on a new creative challenge: producing. “I’m in the process of producing my own films. I’m at a pivotal point in my career where I’ve been doing this quite a long time and that I feel like if I’m privileged and allowed to do so in a tactful way, I would love to start showing the same industry that sort of raised me for the last 28 years, what it is that I think and how I view it.”

We discuss his motivation and inspiration and it’s clear this is a move inspired not so much by ambition but enjoyment. “I’m simply fascinated with the technical side of the practical effects universe within the industry, which I’ve been looking at. I grew up in the fires of a burning small modeled Tokyo, Godzilla and Kaiju movies and monster movies, the kind of classics of people dressing up in big suits and going around and destroying the city. Right now I’m fascinated with practical effects. It’s about consciously selecting wise moves in my career to have fun. Much of my younger career was so business oriented and really so commercial, that my main goal, I think for the future, is really just finding a way to consistently remind myself how much joy and passion the industry can bring to me and have fun with like-minded creative individuals, who I want to work with and who I can laugh with, and have fun and realise that this job is very special and very beautiful and you get to meet a lot of people. It’s really a privilege, so we should all laugh and enjoy that.”

This collaborative spirit and combination of influences is what brought so much joy to our shoot, where he fuses manga and Pop Art with exaggerated expressions, creating a universe Andy Warhol would be proud of. “The team that I worked with are very good friends of mine, who I’ve known for the last four to five years. So we had a lot of fun and I think that’s going to come off in the photos. There’s a character from an anime that I enjoy called My Hero Academia, Best Jeanist, and I think for anyone that knows that show, they’ll understand which outfit I’m talking about almost immediately.”

From activism to anime, by way of archaeology, Cole Sprouse’s path is a varied one but it’s clearly going to be a fun ride, and I can’t wait to see what’s next. 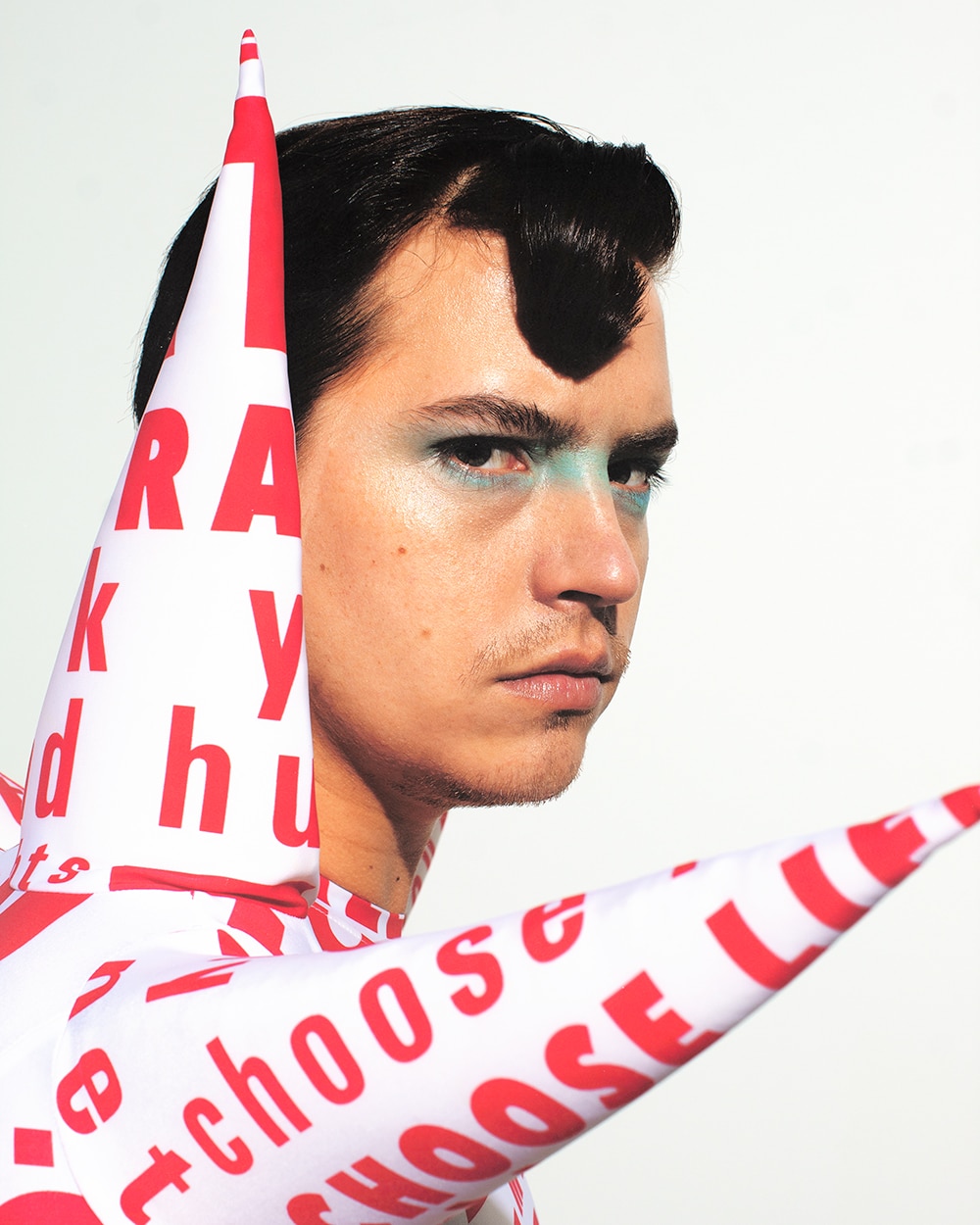 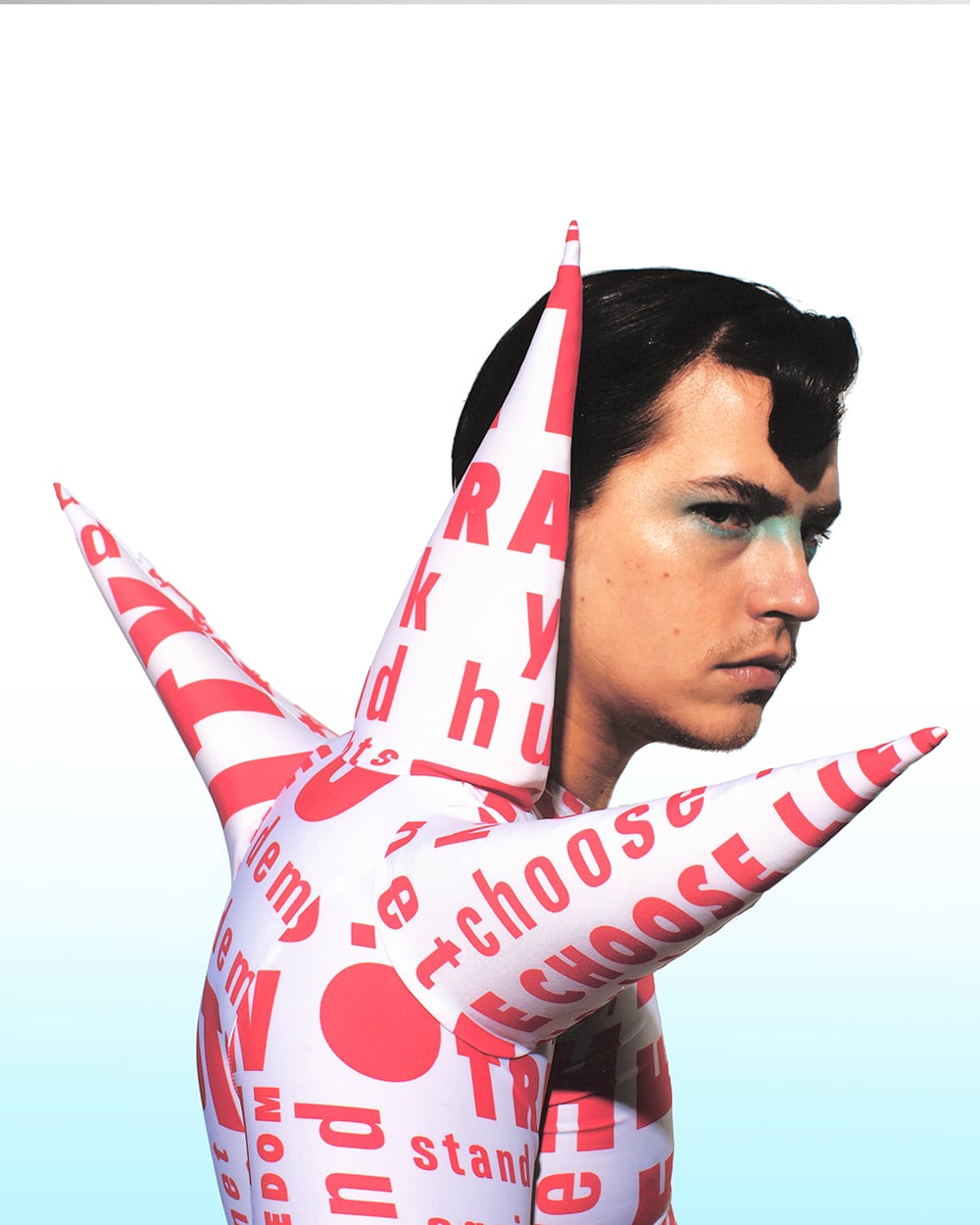 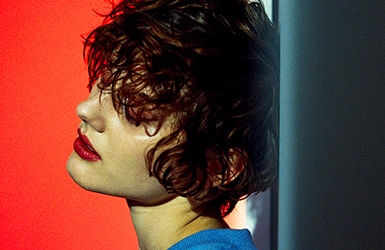 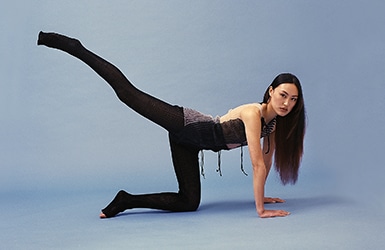 The Glass of Fashion 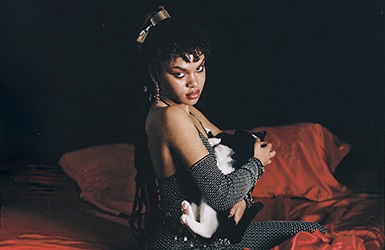 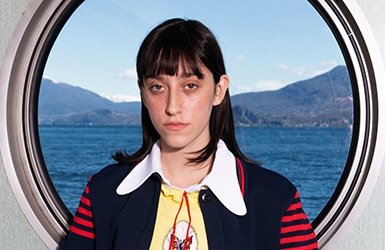 From Shore to Shore

Prev Feature:
The Thought of You
Next Feature:
Sliding Doors
Keep In Touch