The last couple of years have been a whirlwind of events and emotions around the world and certainly that’s the case for Ekaterina Kishchuk. After leaving Russian pop group Serebro in 2019 she has started a solo career, moved to London, got engaged, had a baby and finally started making the music she always wanted to make. 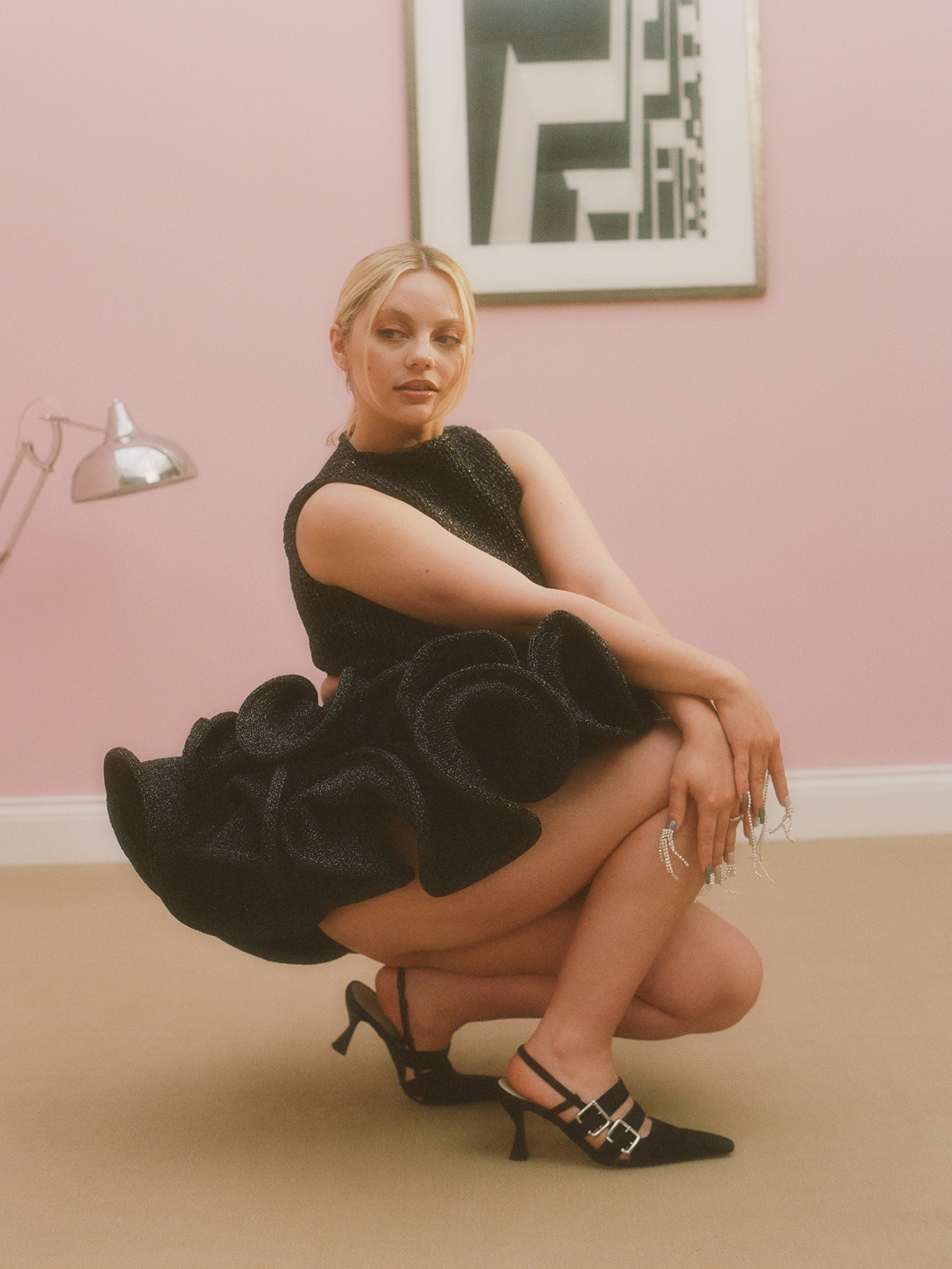 Yana McKillop: You were born in Tula, which is a small town near Moscow. What was it like growing up there?
Ekaterina Kishchuk: Yes, I grew up in Tula, which is only 180km from Moscow but back in the day there wasn’t really anything there, we pretty much grew up with nothing. These days it’s a different place and has much to offer so we would go to Moscow a lot. But there was a big park across the road, which is one of the biggest parks in Europe, and I remember just going there, being outside every day, making dolls out of sticks and making skirts for them out of flowers and hair out of grass. I remember being outside all the time – playing and exploring. I also went to a lot of after school activities – drawing, music, dance classes. I loved doing all that because I always wanted to be busy and to do things I liked. But I remember my childhood as very happy really, I wouldn’t ask for anything else.

YM: When did the idea of making music come up?
EK: The idea of making music was with me my whole life. I just didn’t really talk about it to anyone.
I thought that as soon as I told someone about my dreams, they would just laugh at me, ‘Ha ha she wants to be a singer’. Even though my whole childhood I was preparing myself for this. But I wanted to meet as many people as possible in the industry because I always believed that friendships are more important than anything else in this business. After having spent a couple of years in Thailand and China working different jobs, I went back home to my mum’s flat in Tula. I got really depressed because I met so many friends there, saw different parts of the world, had many new experiences and I was thinking, ‘What am I going to do here now?’ I was really hard on myself, I thought I was a failure. So I decided to go back to Bangkok and just get a normal job and live a nice life. I asked friends for some money, bought a one-way ticket but I was late for the plane. I was devastated. But two days after I heard about a casting for the girl group Serebro. My friends were like, ‘You have to try, you can do everything they’re looking for!’ But I didn’t believe it and I was also extremely shy. I couldn’t force myself to sing in front of anyone else. I was petrified. But then I was at home on my own and I thought, ‘I’ll try’. I recorded a video, got into the final and won! The thing was though, that it kind of just started happening and I was thinking, ‘Ok, it’s cool,’ but I actually never want- ed to be famous, I just wanted to do what I like doing and what I had been doing my whole childhood in my tiny town where no one paid attention to me.

YM: Serebro was one of those groups that had multiple members over the years coming and going, but it wasn’t overly sexualised as opposed to many others in Russia at the time. How did you find that experience?
EK: They toned down the sexual part quite a bit by the time I joined as they were looking for a different approach. So I was actually quite happy to express myself in the way I felt comfortable with. I could wear crazy trainers, could be sexy or tomboy – whatever I wanted. It actually really helped my mental health – being able to be myself.

YM: So that was 2016 to 2019. Then you left the group to start a solo career, how did that happen?
EK: After the lead of the group decided to leave I was meant to take her place but I realised right away that it’s not for me. I love being part of the team but I don’t want to be a leader, it’s just not me, I’d rather do something on my own terms. Also I was so tired after non-stop touring for three years I felt like my health was not good and my mind too so I wanted to take a break.

YM: But then your first solo album 22k came out that same year, right?
EK: Yes, that was because I was told that I need to do something now, not later. That people want to see me. That’s the nature of the industry, isn’t it? More money. Never stop. And I was happy to do it, to record music but I was also feeling that it’s not right and I’m still not free. And most importantly I felt like I wanted a family. I always thought that you can reanimate your career but you can certainly miss your chance to start a family if you spend too much time chasing after fame and money.

YM: And it was soon after that you met Tyron [British rapper Slowthai]? You mentioned you met online?
EK: Yes, I heard his music and I instantly thought, ‘That’s my kind of person’. And then one time I commented on his story on Instagram and he commented back and for a few months we were just exchanging emojis until one day he just asked for my phone number and we met in LA and that was it.

YM: Your move to London was quite sudden…
EK: Yes, Tyron and I were in Thai- land and he proposed and then Covid started, I was meant to go back to Moscow but he just said, ‘No, you’re coming with me to London.’ And it was such a crazy time, I mean, my mum never saw me pregnant but at the same time it allowed me to slow down and understand what kind of music I want to make and actually just spend some time in silence, not listening to any music because I just couldn’t force myself to. But I’m so proud of myself for going through that like I’ve never been proud before. And now I’m not rushing things and I’m not thinking that if something is not going right it’s the end of the world 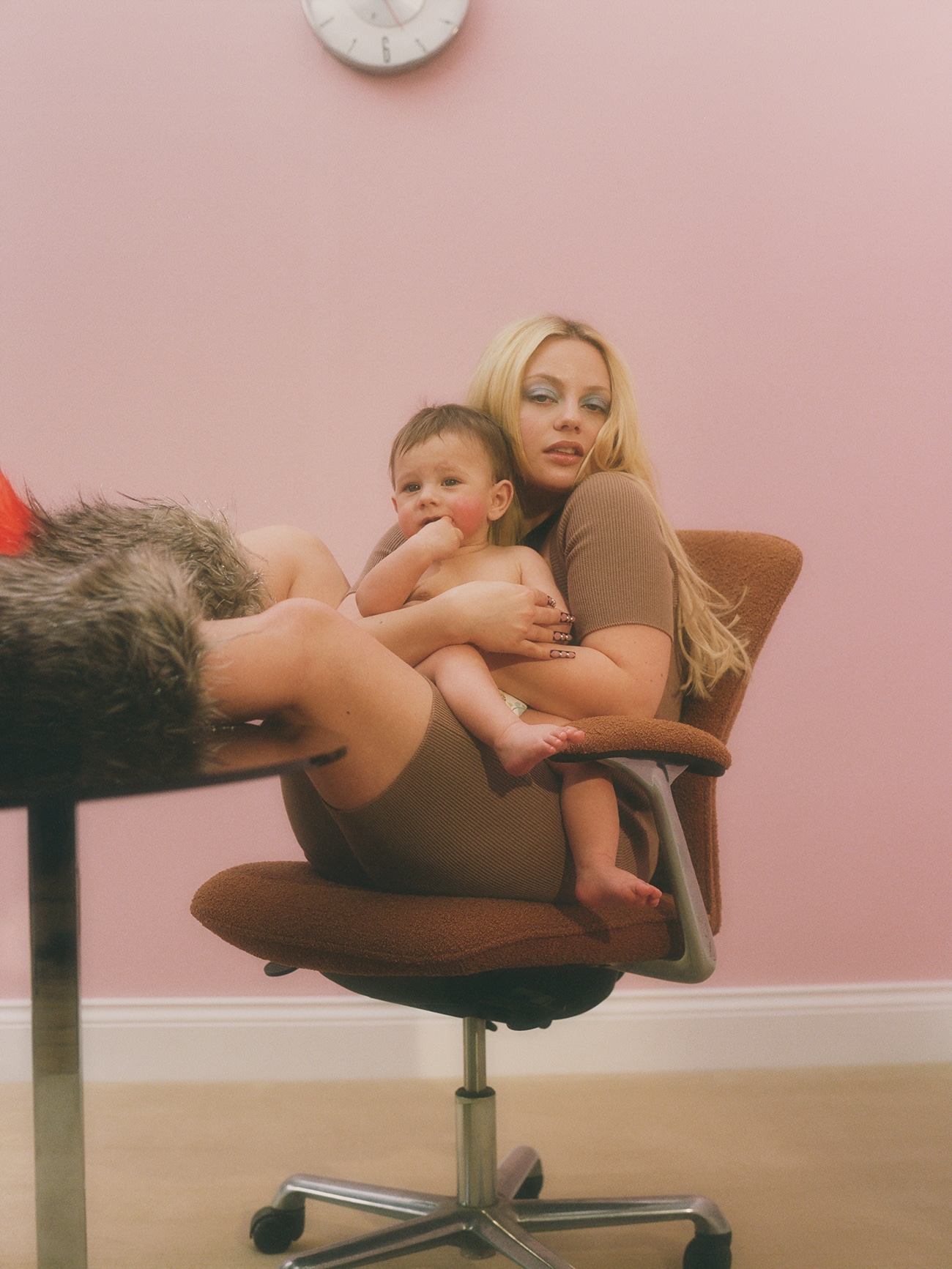 YM: How do you find motherhood? You had Rain in June right? How do you feel?
EK: I was overwhelmed, of course. This is such a new experience. I was really scared, I was scared to even pick him up because it felt like he was porcelain. I remember I woke up one day and Tyron was crying on one side and Rain on the other and I was just like, ‘Oh my God’. And I was so sore too be- cause I had stitches. But after three months it got easier and I could start making music again and I’m very happy now.

YM: I wanted to ask how you feel about the shift happening in society with the perception of the female body and standards of beauty? Especially I found after giving birth your body just changes.
EK: I feel like in the phrase body positive – positive is the main word, forget about the body. And that’s what people really need to understand. There should be less negativity and fewer stereotypes around beauty. Who says acne isn’t beautiful and you have to remove it? Why not draw flowers around it? Life is too short to be thinking about these things, I just want to be happy in my body. And I don’t care if people love me or hate me for how I look.

YM: That sort of leads me to the next question – since we did our shoot a couple of weeks ago the world has changed. There’s a conflict now between our country, Russia, and Ukraine. How do you feel as a Russian living abroad witnessing this?
EK: Obviously, this is a very complicated question that is not easy to answer. I just want it to stop and I want all people to be safe and my family to be safe, like anyone else. But it’s too big to process to be honest.

YM: Last question, your new album is coming out soon, you mentioned you wanted to do something different. What should we expect?
EK: The music I’m doing now is much more about myself and what I really wanted to do. I was fortunate to find a great team here and since I had Rain I’m so much more productive. If I get a couple of hours when he’s napping, I’ll do so much more than before when I’d wasted all that time. And I really feel that this is a huge step for me. I wrote lyrics myself and also the music.

YM: Is it going to be in English or in Russian?
EK: Mainly in English and a couple in Russian. I’m very excited. 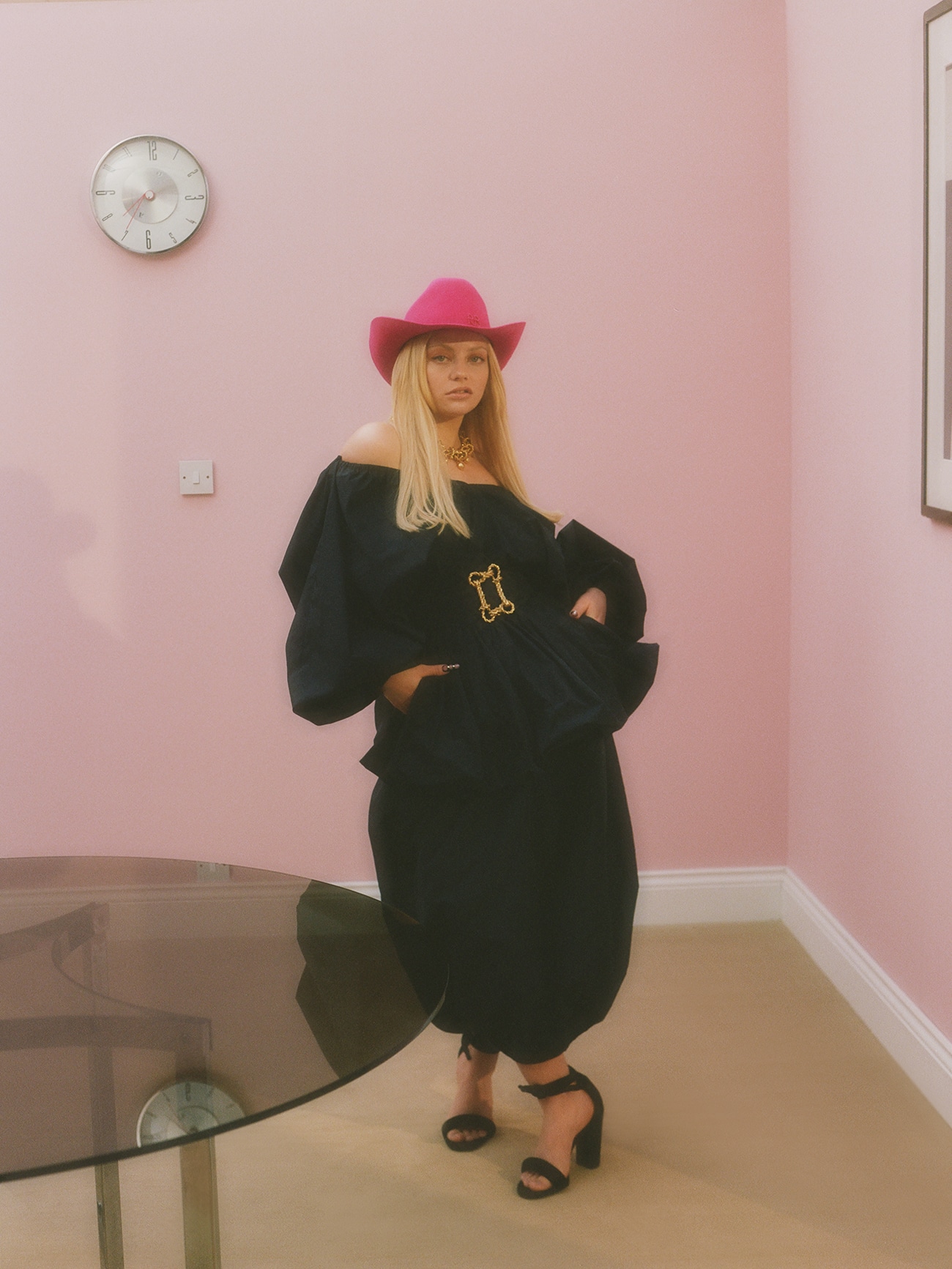 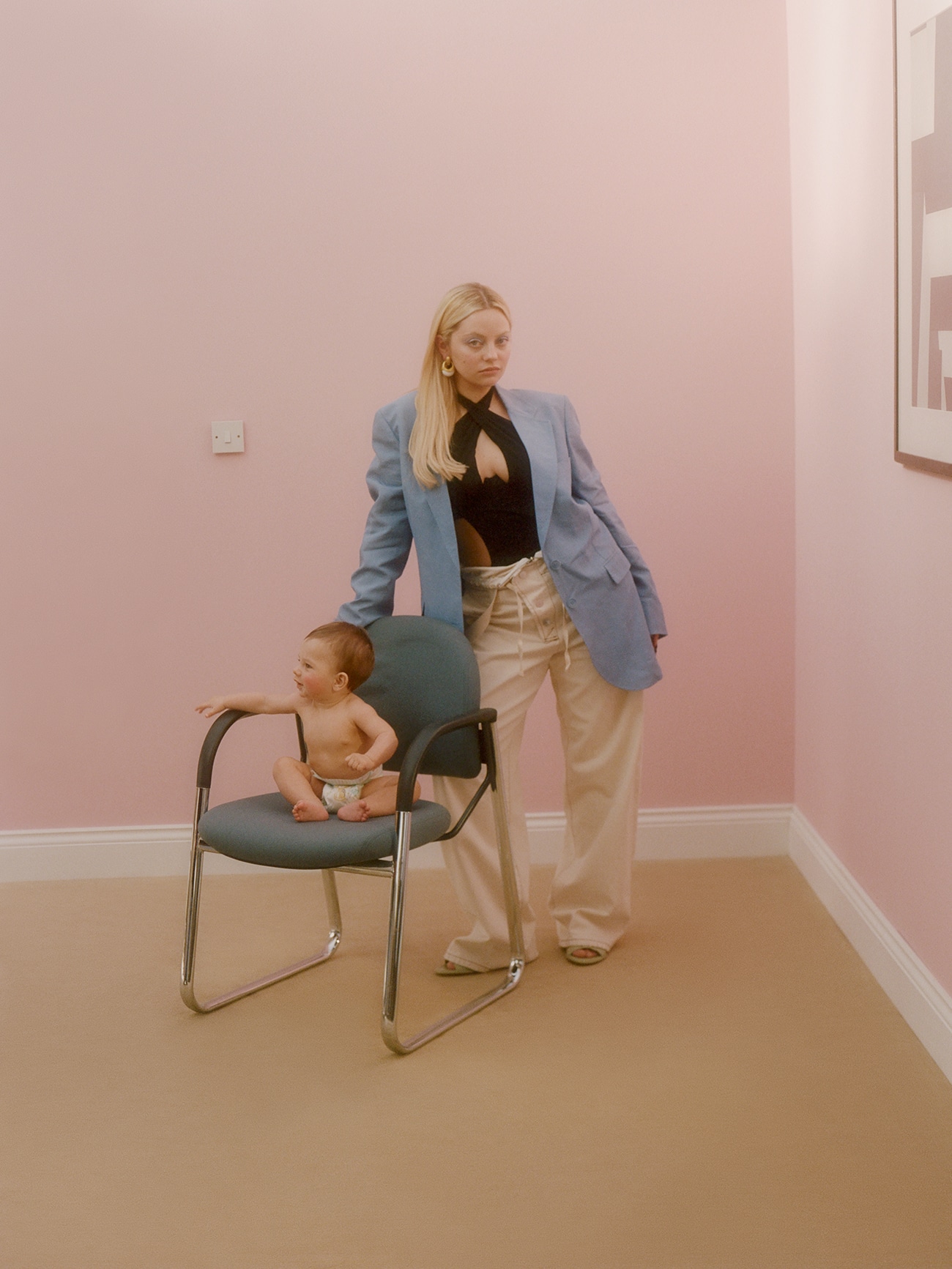 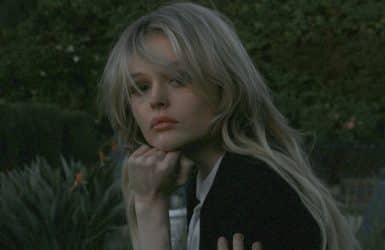 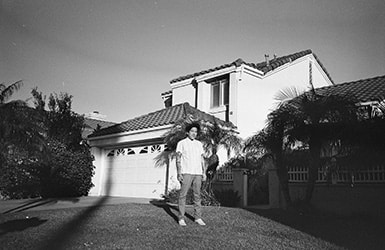 David Pajo – With a Light Heart

Prev Feature:
Pull Up to The Bumper
Next Feature:
The Secret Life of Pets (& their owners)
Keep In Touch