In the pantheon of drag queen royalty – a glittery universe brought to us by RuPaul’s ever-expanding, globe-conquering Drag Race franchise – Gigi Goode is already a legend in the making. Gamine, skyscraper-tall, and razor-sharp, Goode is like a Helmut Newton fashion editorial sprung to life. Though she might not have snatched the crown during season 12 of the hugely popular show (she landed in the top three), Gigi cemented her position as one of the most astute and fashion-forward queens to ever enter the race. Here she calls from her apartment in Los Angeles to discuss finding your own aesthetic, surviving the pitfalls of reality television, and the hard work involved in fully realising your own perfect drag fantasy.

The Way We Wore vintage dress

T. Cole Rachel: During your time on Drag Race people often remarked about you being such a young queen, but you’ve actually been doing drag for quite a long time, since you were a teen. That’s pretty remarkable.
Gigi Goode: I definitely recognise that it is remarkable that I was allowed to have that freedom when I was a kid, to just try things. I think it also aided in my passion for it and helped me define my individuality. There are a lot of kids doing drag nowadays. Young, young, young kids. But they’re not learning it on their own. They have YouTube, they have these drag queens doing tutorials, and they have these faces that they’re essentially copying and pasting. I didn’t have YouTube when I was starting. I just stayed up every single night and would put on a face and then take it off, then put on another one and take it off. I would have to call in sick from school the next day because I had stayed up way too late and felt so sick. I owe a lot to my curiosity as a kid to eventually discovering my personal style.

TCR: I know people criticise Drag Race for a lot of different things, but I do think for people that maybe don’t know anything about drag, it shows you that there are lots of different ways to try and approach it. You were able to showcase a lot of different kinds of looks, but there was always some kind of classic, vintage aesthetic to what you were doing.
GG: Vintage stuff has always inspired me and has influenced a lot of my drag endeavours, mostly because my mother had a whole closet full of 40s and 50s dresses and accessories. That was my first real exposure to fashion – 50s and the 60s designs and those McCall and Butterick sewing patterns that had the amazing illustrations on them. Those women were my idols, along with Daphne and Barbie, obviously. I find that my drag has constantly changed though and I have zero intention of my drag looking the way that it does now a year from now. I think that is boring and uninspired. I want to constantly be evolving. As a kid, I was never really inspired by things I saw in the media, but more so by the things that were around me – things I was able to touch and feel.

TCR: Did you always know that on some level drag is what you’d be doing as a career?
GG: No, I didn’t. I’ve been doing it for eight years now, at least three times a week. I didn’t actually do drag that much in high school or college. It wasn’t until I moved to LA to be a makeup artist, not a drag queen. When I started working in makeup I soon realised that I hated putting makeup on other people. It was only fun to put on myself. Thank God I started to get booked. Eventually, it just snowballed and I had to quit my job to keep up with the drag work. Right after that I auditioned for Drag Race and got on.

TCR: Unless you actually do drag, the understanding that it can become a job, that it is a job, sounds a lot different to the reality. Having to get into drag and being expected to have different looks multiple nights a week, it’s a tonne of work.
GG: Yes, totally. That’s also why my relationship with my mum became so much closer after my drag career took off. She’s been making stuff for me for a long time but it wasn’t until I moved to LA and was like, “Okay, I need a new outfit every single week” that it really became intense. I started pretty strong in the looks department in LA which was my first mistake because as soon as you falter even a little bit, then people forget about you. So my mum ended up making a look for me every single week. It was like clockwork. At the beginning of the week I would send her a sketch and she would work on it for two days, send it to me and then I’d have a look… and then it was onto the next one. It was really hard to get her to be okay with the whole, “I’m only going to wear this for one week and then I’m never wearing it again” thing. She had a really hard time with that because blood,sweat, and tears went into each and every one of these looks. Now she loves the idea of each look being a one-time thing. Also, I have literally every single look that my mum has ever made me on this rack in my apartment. People are always asking me if they can buy these looks off of me, but I will never be able to part with a single thing that she’s ever made for me. Ideally, I’d live in this huge warehouse where I can have them on display on a tonne of dress forms. They’re all very special and sentimental to me.

TCR: You obviously did very well on your season of Drag Race and were very much loved. Reality TV is really complicated and even if you think you’re controlling your own narrative you’re not always. Did you worry about that while you were filming?
GG: The best that you can do is know in the back of your mind that you don’t have control over what will happen. The only thing that you do have control over is how you feel about every situation that you’re being thrown into and how you can project that you’re having a good time. I made it a point the whole time that I was not taking anything too seriously. I said “OK, visually, I’m prepared. I have all my runway looks exactly the way I want them to look, now I’m just going to fuck shit up and have fun.” That to me is the sole reason I made it all the way to the end, because I wasn’t competing with anybody. I was just having fun.

The Ruby dress, Model’s own shoes

TCR: Being on television instantly gives you this huge social media platform, which can be both a blessing and a curse. The fandom around Drag Race is so intense.
GG: I am not on Twitter. I have no interest. Not because of what people think of me or what they’re saying about me, but mostly because Twitter is just such a negative place on the internet. For me, Instagram is amazing because it’s just like a public portfolio where I can post all of my work and I can get feedback. Now it’s a job as well. I’m able to do things for companies and collaborate with brands and stuff like that, which I never imagined I’d be able to do. Social media is such a double-edged sword because, for almost every queen I know, the positive comments actually outweigh the negative ones. But those negative comments can cut so deep. Even though these comments are coming from people that you don’t even know and have no relationship with, it can still get very deep under your skin. I’m amazed by the things people will say in the comments. It makes you wonder who raised these people.

TCR: Some queens really just want to make people laugh or forget what’s happening in the world for a few minutes, while other queens are increasingly using drag as a way to make a statement about gender and politics. Not every performance has to be doing the same thing, of course, but is there something specific that you want your work to convey to people?
GG: I enjoy making people forget about what’s going on in the world. I think for a very long time that was my sole mission because on the flip side it was also helping me forget about what’s going on in the world, which is a very dangerous thing. I did not realise how dangerous until my run on the show and suddenly having a public platform. For so long, politics meant nothing to me, I had no interest. But now… well obviously the world is crumbling around us. It’s been a responsibility and a privilege to learn about politics and to educate myself, while still being able to provide entertainment and that sense of relief for people. I think above all else, drag queens were put on this planet to bring joy to people, in any sense of the word. Whether you find joy in the comedy or in the fashion, in the looks, in the performance, I think that is what we’re meant to be doing. At the end of the day, a lot of people forget that and I think that’s where the toxic fandom starts to happen. We have no bad intentions. We are here to be your clowns. We are here to make you laugh and make you cry and inspire you and hopefully change a lot of people’s ways of thinking. I have peace of mind that I have never intentionally said or done anything that could be misconstrued as racist or ignorant or anything like that. Still, like a lot of people, I wake up every morning and check social media and wonder, “Okay, is this the day I’m getting cancelled?”

TCR: It’s hard to find a silver lining during this ongoing pandemic, but one thing that has been inspiring is seeing how it really has forced people to be creative in the extreme, maybe in ways that they’ve never been. It has really inspired a lot of ingenuity.
GG: A very scary but equally inspiring thought is that nothing’s ever going to go back to the way that it was. That’s not me being a pessimist, that’s me being a realist. That being said, it has been fun to adapt and to change to the times. I think a lot of people have the mentality that they can just wait until things get back to normal and they will continue to check their watches until it does, but honey, the world is changing, the world is shifting. We just have to change and shift with it.

The Way We Wore vintage suit

The Way We Wore vintage suit

The Way We Wore vintage jacket 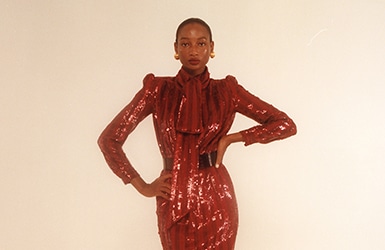 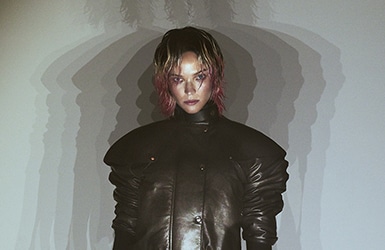 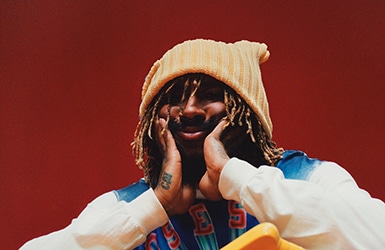 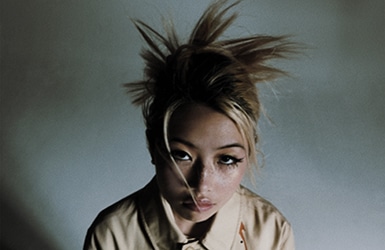