Jaguar – getting wild with Victoria Monét

Victoria Monét is making music that belongs in the year 2070. With instrumentation informed by the classic, funk-tinged, retro feel of the ’70s and sensual lyrics that are very much rooted in the present day, she tells me that in creating her project, Jaguar, she sought to fuse two juxtaposing eras to encapsulate the sound of the future. Having started her career in the writers’ room for the likes of Ariana Grande, Chloe x Halle and Fifth Harmony, Monét now claims the spotlight with her own music that so effortlessly finds itself amongst some of the greatest R&B of today and expresses sentiments that come from her heart. With a mission to empower and inspire confidence in women, and with two further parts to her project already in the pipeline including the remix Touch Me featuring Kehlani, Monét shows no sign of slowing. Currently nominated for Best New Artist at the Soul Train Awards, Victoria wants to cement her legacy and do it all, of course, by 2070.

DS: How have you been and how has your year been so far?
VM: I’ve had ups and downs, I think everyone is trying to figure out what normal is and do their best to adjust so I’m in the same boat. Releasing a project during a pandemic and amidst all that’s going on in the world has been interesting, but also something good to look forward to. I’m feeling good.

DS: Thinking back to the early days of your career, can you connect the dots on how you came to become the artist that you are today?
VM: Not many people know this but I was signed to Motown Records at an early age as part of a girl group, and that was a dream but we got dropped. Following that, I got signed to Atlantic Records but that wasn’t a successful situation either, so I had to wait a long time to get out of that deal. Meanwhile, I was writing a lot of music, and I shifted my focus onto songwriting for other artists rather than my own material. This was a very important step and it introduced me to many people who have helped me get to where I am today, but I knew I had to focus on myself again. I went on to partner with Platoon and go at it as an independent artist; since then I’ve had the opportunity to be creative and pave my way on my own terms.

DS: I want to talk about Jaguar; I understand that you’re calling it a project rather than an album, can you elaborate on this?
VM: I had already released an album before this one, so I didn’t want people to think that this was my debut. There will be three instalments of Jaguar, and this is part one of three which will complete the project. I just felt like people today generally have shorter attention spans than they used to and they would probably burn through all the songs I have if I put them out all at once. I want my fans to microdose my music and to live with my songs. I want them to feel like we’re dating! Just a little bit at a time…

DS: How did you come to name the project Jaguar and what significance does it hold?
VM: It came to me when I was researching ideas and I looked into different animals and saw some videos of jaguars walking, showing focus and seduction and this resonated with me. Often you see imagery and footage of jaguars hidden behind greenery in the rainforest and that’s often how I felt in my career. As an artist, sometimes I’m working behind the scenes and sometimes I want to come out and hunt!

DS: I want to speak about the themes of empowerment, femininity, and sexual liberation that are broached within the project. What messages did you want to communicate through the music?
VM: When I was making the project I was exploring all of those things you mentioned, redefining the boundaries of my freedom, and expanding what I wanted to talk about and my confidence in doing so. I unapologetically stepped into my womanhood and I wanted this to be reflected in the music. The songs juxtapose a classic, retro feel that is very clean and commercial, yet lyrically they’re very explorative and spicy; in some ways, camouflaged the lyrics. I didn’t want listeners to think the songs were explicitly vulgar, but I wanted them to listen closely and discover another layer to them.

DS: The instrumentals go hand-in-hand with the sensual sentiments, an example being the build-up of strings on the track Moment. How was the process of working with producers, and did you find it easy to sonically realise the vision you had in your mind?
VM: I love being involved in the entire production process, and often when I work with producers I like to work from scratch and have a hand in things such as chord selection and so on. It’s so fun to guide the musicians and producers into my world. Together, we treated the project as a playground and nobody was particularly strict. We knew we had to create something that would sound very 2020 and ‘west coast’, but we still wanted it to boast a sense of confident, timeless soul. We tapped into the world of Earth, Wind & Fire, but made it our own by mixing certain sounds from different eras. My melodies and harmonies at times can sound quite ’90s, the instrumentation often evokes the 70’s, and the lyrics are of the modern-day. I like to say that my music belongs in 2070: I’m taking the 1970’s and I’m throwing it into the future.

DS: You mentioned Earth, Wind & Fire, but can you name some of your other musical influences?
VM: I have quite a spongey personality and I absorb many influences that I interpret into my sound. I feel like parts of the track Moment could belong in a musical, like The Sound of Music, because it feels all whimsical; but then, with my lyrics, I take the innocence away from it and make it spicy, channeling the essence of Janet Jackson, who typically practises harmonies and softer vocals over hard-hitting beats. It all meshes into my DNA and, along with the musical influences of other producers working on the project, it creates a beautiful combination.

DS: I know you haven’t managed to go on tour yet for Jaguar, but can you set the scene of what one could expect from a live performance of the project?
VM: I was working on organising a tour but, of course, it’s been delayed. I’m excited to perform Jaguar and when I was creating the project, live shows were on my mind. I wanted long instrumentals and breaks in songs so that I could move around more and interact with fans. Visually, I want to invite people into a rainforest. Ideally, there would be musicians playing live instruments, shiny, glistening gold horns, and a strings section. The good thing about my tour being delayed, I guess, is that by the time I release the third instalment to Jaguar, it’ll be just in time for a live show to follow, and that way I can perform more songs – it kind of works out!

DS: To wrap up, thinking forward to the year 2070, what do you want to be known for?
VM: I want to inspire people to be more themselves. Whether that’s the chill person that’s kind of shy, or the outspoken person that has something to say, I want my music to ensure people feel comfortable in their skin. I want to change the narratives surrounding black women, bisexual women, and women in positions of power. I hope to be in a position, one day, where I can sign artists and producers to my label and help nurture the next generation of musicians. Quincy Jones is a great example to me; he has done everything from scoring movies to signing other artists, and I’d love to have a legacy like that. I want to do it all… by 2070! 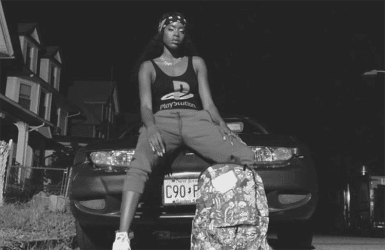 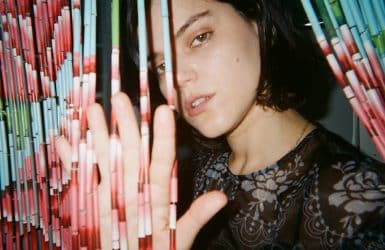 Soko – The Cat Came Back 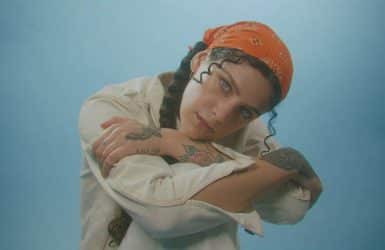