Kenzie, also known as Kenzie The Tooth Fairy, is an American-born London-raised singer who knows no boundaries. Combining a multitude of genres, Kenzie’s music beams with femininity, vulnerability, and intelligence. Over Zoom, I got a chance to talk with Kenzie as she explained the dangers of pigeon-holing, what it means to be vulnerable, and why she’s called the tooth fairy.

Lavinia Woods: Your music has been described as ‘Futurism meets alt R&B’, what influenced this combination?
Kenzie TTH: I’ve actually never heard anyone refer to my music as ‘futurism’ which I’m very into as a concept. I think the idea of alternative R&B is a concept I had a really hard time understanding and grasping at first because I felt like it’s so easy to be pigeon-holed into that as a Black musician when Black music is so vast and varied. Now I have new appreciation for the kind of versatile nature that has come with the evolution of alternative R&B. I look at the cultural landscape of music at the moment and there’s so many exciting things going. I think most artists have a hard time with genres in general and being subjected to one specific thing, I think it’s a pretty accurate description of the music I’m trying to make and the colour of the music I’m trying to make. Futurism wise – I love the idea of music existing in worlds. It’s really interesting seeing other people take on my music. I think there’s something really beautiful about the idea that once you put something out there, it takes on a life of its own. The narrative that I spin in my music is a story or version of myself, or a version of a reality that I’m able to live in and other people can then live in, in their own way. So the idea that it’s ‘futurism’ I’m very down for that.

LW: You are someone who has lived in both the US and London as a kid. Do you find yourself gravitating more towards the London style of the music scene, or that of the US?
K: I think that places and spaces are important. I now feel like a bit of a tourist when I go to America and feel a little bit displaced. Because I’m dipping between both worlds, there is this kind of ability to reinvent myself and exist outside what is known or expected of you. I think that being in LA and experiencing this high quality nature of producing and songwriters makes me want to make a type of antithesis of that. Like, I want to make things that are a little rough around the edges. And then being in the UK which is all about the punk and alt scene and cultures makes me want to create something that lives in that world but also something more secure, in a way. And then I find my balance between the two. There’s
a sort of yin and yang quality about it.


LW: Has music always been something you wanted to do?
K: I think that you’ll hear this so often that the music industry is bullshit but music is so great. I had this entrance to the music industry at a young age, I believe. I started writing songs at a young age and in the age of when it was beginning to become very apparent that you can put your stuff online and people will find it, that kind of instantaneous feeling of getting a view or a play on your Soundcloud or even back to Myspace – it was just all crazy and it really just started with wanting to write music and falling in love with that idea of creating stories in a more confined sense. It was a really easy entrance for me to have a creative outlet without getting totally carried away. I think as I grow older and come into myself more as a songwriter and understand what I want for myself as an artist, now it’s such a weird thing because you have to be a little bit of a jack of all trades and having a handle of not just the song-writing but also the visuals and creative identity. I think that’s something that has also always fascinated me. As much as I love writing songs and putting things out there, I think there’s a real passion and interest in seeing things through.

LW: You are also a designer, director and run a label, how do all these parts differ and come together?
K: It started out with me telling myself that it’s because I’m a control freak and I have to be in control of everything. I think being in the music industry you do have a side of everything, like, I’ve seen creative friends being taken advantage of and that developed my own trust issues in others having control over my sound and vision and identity. Now I feel like I’m more driven by the love element of it because I really enjoy it and I love the feeling of it and seeing how it comes out and how people react. I’m also a big know-it-all and so the only way to know more is to fail 100 times and have other people tell you what works and what doesn’t. I mean, I made a magazine and I have no idea how the fuck to do that and course there were so many other people involved but it was super important to me to do it and do it to a standard that I’m proud of and prove something to myself. It’s like that with everything. I’ve really figured out for myself the value of failing and learning. Failing upwards is kind of my motto at the moment.

LW: How do you write your songs?
K: I’m a big proponent of collaboration. I have this deep cosmic idea that I’m not supposed to be an is- land, I’m supposed to be doing this with people. When I get into the studio with someone, it’s so much about the dynamic and respect and figuring out how to best do this for the song and everyone involved in the room. I’m super blessed that I’ve been in the studio with crazy talented people who I respect. I’ve written with some of my best friends and just created for a few months. I’ve also made a point now to work with family. I think in order to create these kinds of environments is creating a cozy space and being with people who I don’t have to explain myself to and we can pick up each other’s slack. It’s all about letting it flow. Also, now I don’t put myself in positions where I get a bad vibe from a person and I leave a session feeling bad about myself.


LW: Your moniker is ‘Kenzie the Tooth Fairy’, where did that come from?
K: It’s something that has followed me around and I sound like a freak when I talk about it. My label is called Baby Teeth and I love teeth so much. As a visual thing it’s the first thing I notice about people like their smile and I love teeth as a concept, there’s such a hardness and softness to it. Teeth are very weird, they’re bones outside of your body that fall out and grow back and it’s confusing and mental. I have a couple of teeth tattoos and, like, now it’s just taken on it’s own thing. People will call me the tooth fairy and I’m not mad at it.


LW: You always make yourself vulnerable when creating and publishing your art, is it something that you’ve always been comfortable with or you’ve learned to be comfortable with?
K: Honestly, my idea of what vulnerability is has changed so much. At first, I was all about metaphors and it was figurative enough to the point where someone could ask me the meaning of a song and I could just lie and it was a bit more of my secret. My music overtime has become a bit more literal which, to me, is another form of vulnerability. For me, it doesn’t really feel like vulnerability anymore. Like, once you’ve settled into whatever your persona is, it stops being an act of rebellion and becomes a bit more normal. Overall, it’s a challenge and an ever-changing thing. I think that my ability to be vulnerable has improved, for sure, but the goal post has shifted slightly. The lens through which I see vulnerability has shifted. It’s all about letting down another layer of the onion.

LW: Any advice you would give your younger self, the girl who was starting to write music?
K: Part of me wants to be like, ‘Nobody knows what the fuck they’re doing so don’t trust them’, but in a more positive sense, to just trust yourself and give yourself the time and grace and space to let things happen and just because someone has more experience, or is a guy or has a big ego doesn’t mean they know better.

LW: Any hints on what we may expect from you in the future?
K: Music! More music, which is really exciting. A new character and a new side of myself. I think there will be more live and visual things. 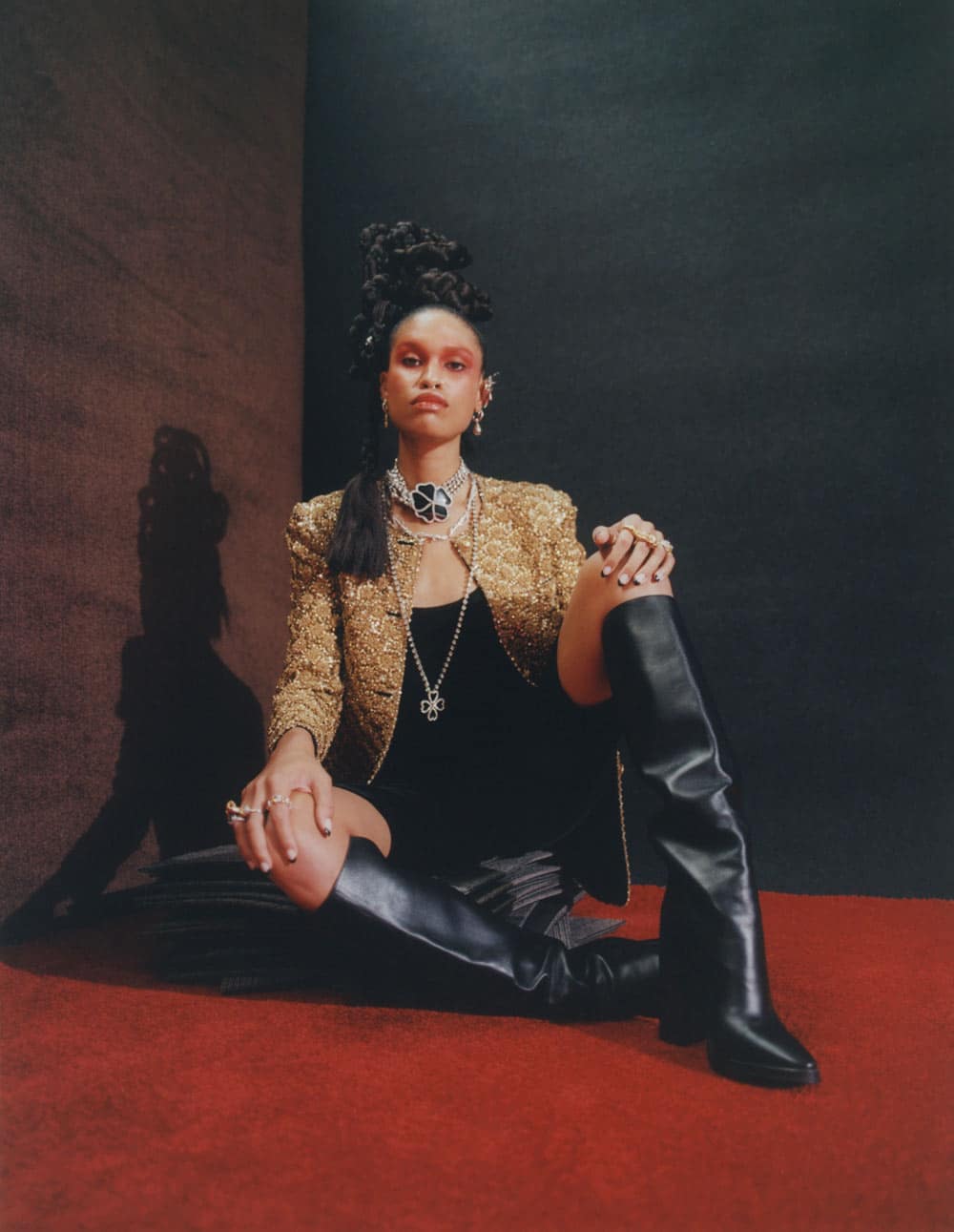 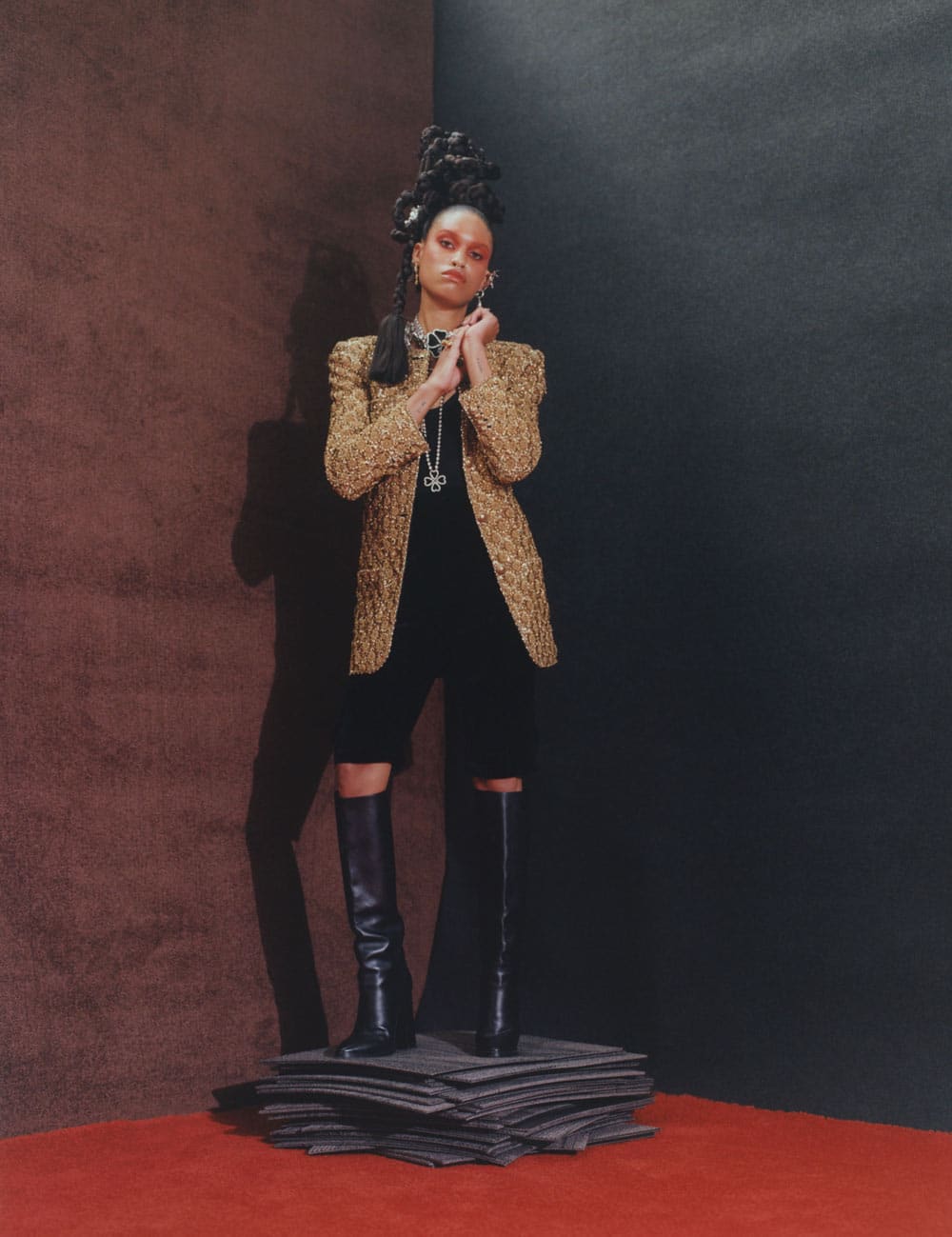 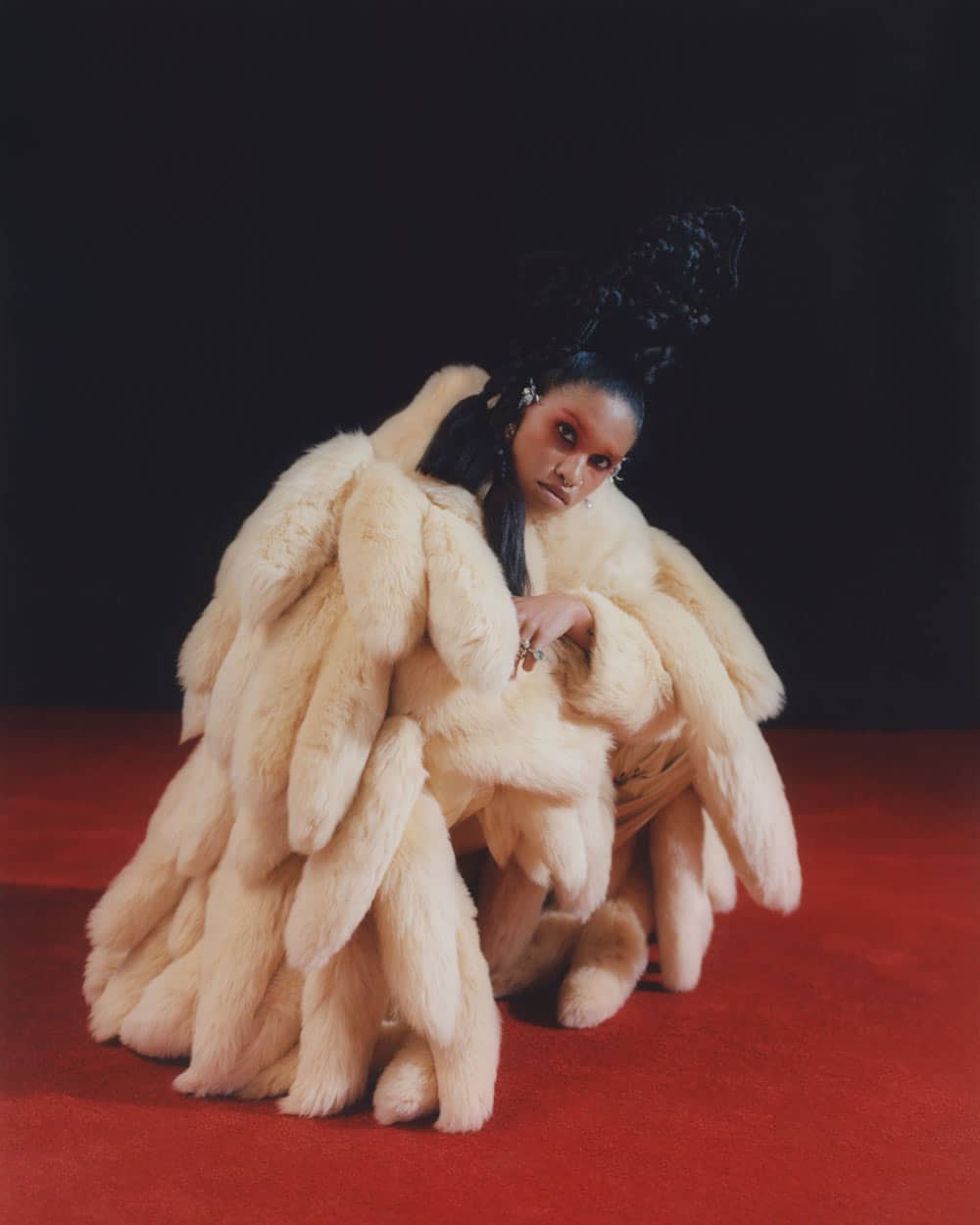 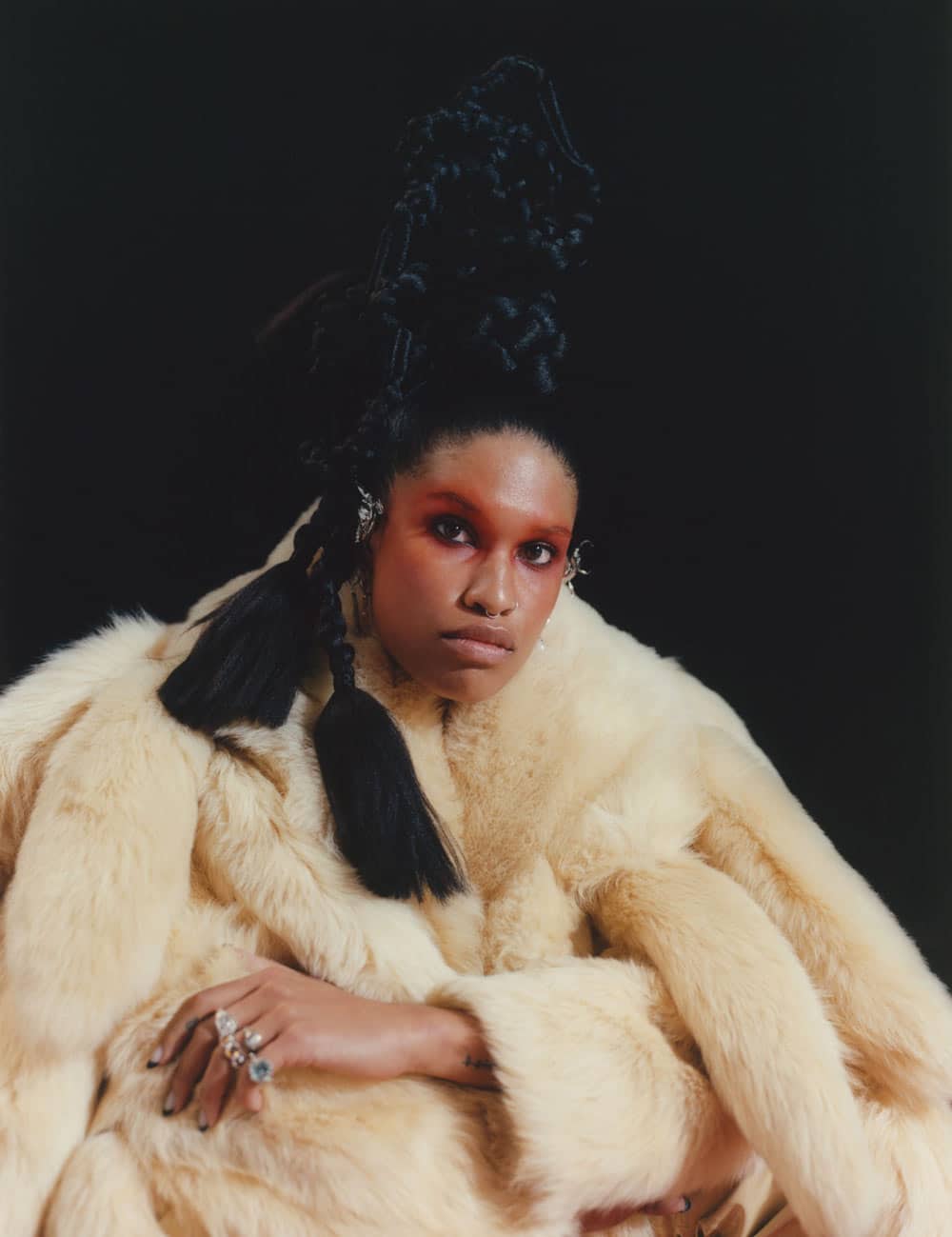 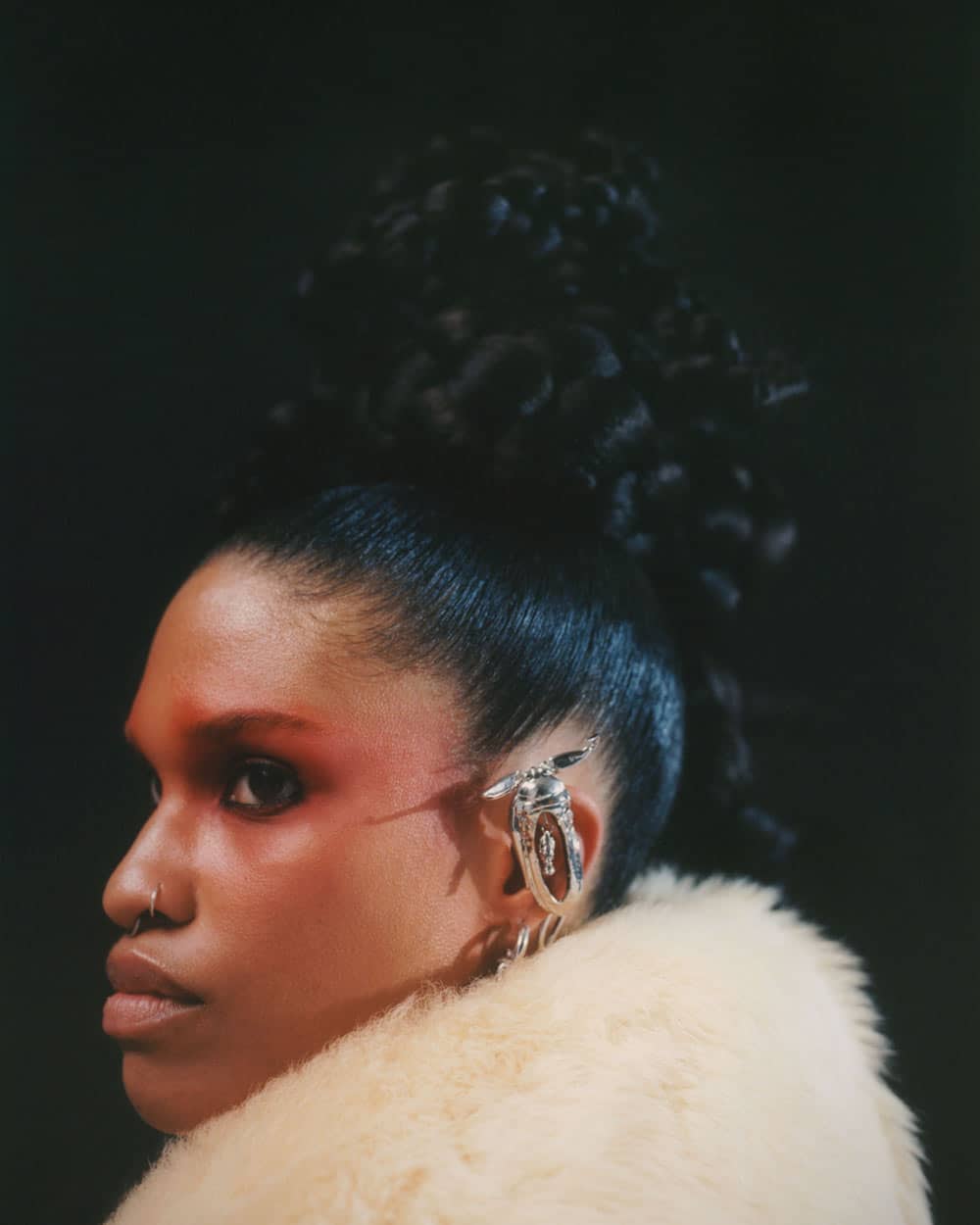 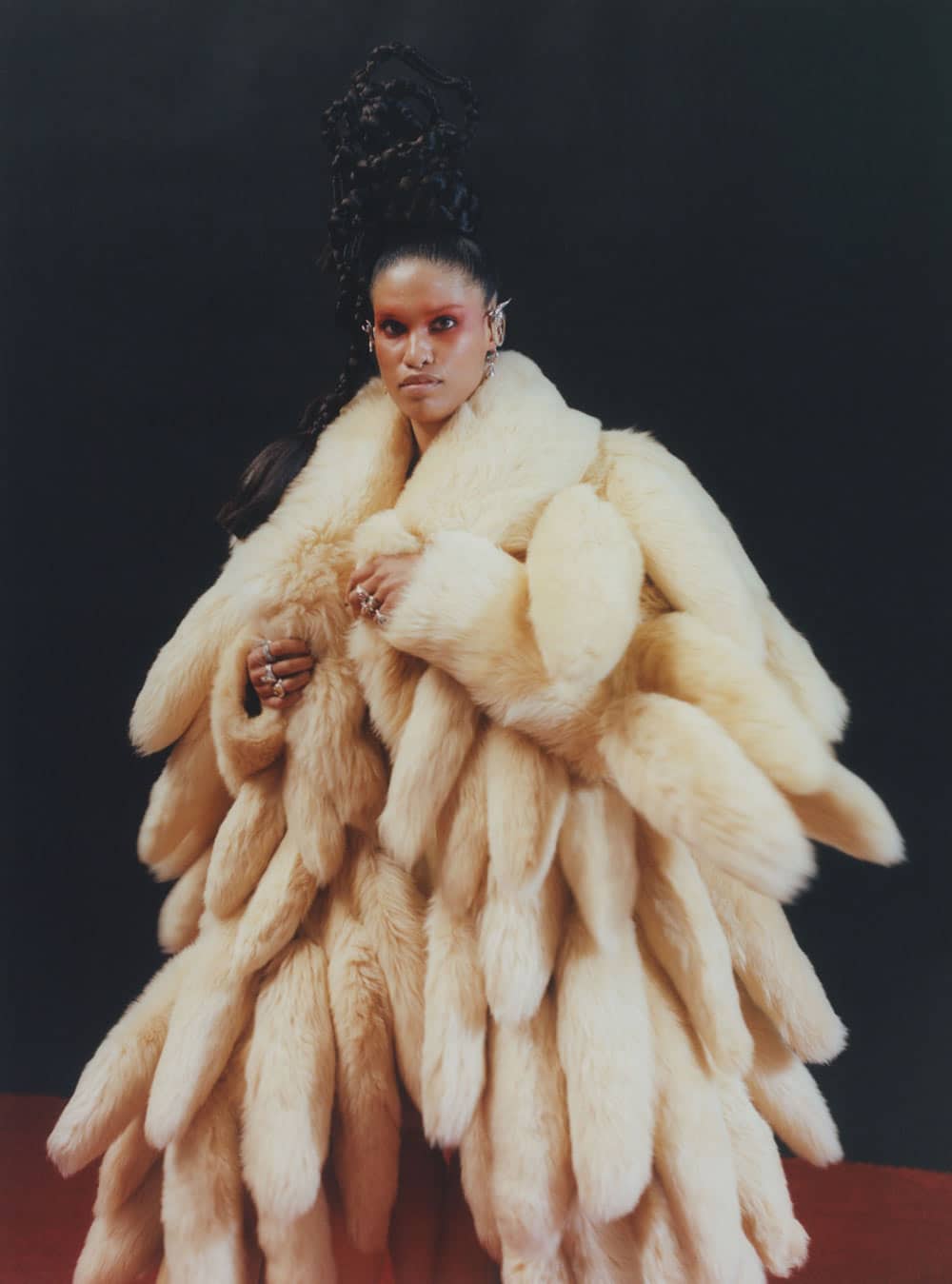 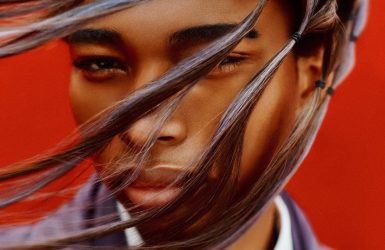