Fresh from receiving a Grammy & Latin Grammy nomination, we cosied up with Kali Uchis & her kitty Bunny at her home in LA to learn more about confidence, her softer side and why she loves performing live.

You’re known for your determination and independence, is it true that you’re entirely self-taught?
All aspects of what I do are just me learning. I find it hard to learn from other people, I think a lot of people learn differently – I’ve never been good in a classroom with someone telling me, I’m better hands on, trying to figure it out for myself.

That would be hard for a lot of people – how did you develop that confidence and self assurance to do things?
I don’t know where it came from, but I had a very strong sense that college was not the route I wanted to take. It’s not that I was bad, I was in AP classes at school, everyone told me I was crazy for not going to college. I just knew I was going to pursue art and it felt counterproductive to study when I could grow my network and resources to spend loads of time and money at school, learning stuff and then feeling like I lost all that time. I’m also not a patient person, I didn’t want to spend any more time waiting for my life to happen. I waited so long just to graduate high school and be on my own. It was always my dream to have my own place and be free. The kind of dream you have when you’re a little kid, I imagined being an adult was the most amazing thing ever.  So when everyone was like, “What about college?” I was like, “Hell no, I’m starting my life now and I’ll be fine”. I don’t regret that decision at all

At school, video was your focus not music, can you tell us a little about that?
The school that I went to in Virginia is called TC Williams, it’s known for being a great public school. In film class we could rent big cameras and I began to record and experiment with Final Cut. What I was making was very experimental, lots of multimedia work combining elements of green-screening stuff and making weird things. I was just really into things that were layered on top of each other, the type of art I was into was stuff that was a photo, but painted on top of and then collaged.

Is that typical of your creative process, even with music?
Yeah, when I first started making music, it was very much like sampling, taking old stuff I liked and reworking it. That’s what art was for me too, taking stuff I liked and making new versions on my own incorporating all the things I liked. Changing it and at that end of the day, that’s what I think art is: innovating shit that inspires you. Mixing and morphing different shit together. I don’t sample any more so much, I think there is maybe one sample on my new record. It gets too complicated – back then I wasn’t selling music.

You said the first record was very ‘baby’ and this new one is more mature – can you elaborate?
I haven’t listened to that project in so long. Recently, I did and I noticed that listening to my voice – I was singing from my head voice and not my diaphragm, I just feel like my singing and production is much more mature now. I definitely learned a lot with this album, it was my first time getting to work with so many different people, to know what it’s like to really be trying to make a record. The first album I was experimenting and learning what it meant to be a musician, so there was a lot of experimentation.

Are there standout moments?
I think singing from my diaphragm! For ages, people said I sang too much from my nose or my head and I was like, “What am I supposed to do?” I can’t just switch a button. Then, one day after trying breathing techniques and sitting with professional singers, something finally clicked and I was like, “Wow, I know how to do this!” I didn’t know how to do this before. Occasionally I would do it by accident, but I had no control, it’s just a muscle you learn to control. I felt like, “Damn, I should have known this for a long time!” but I’d never even been in choir of had a singing lesson before.

Are there any favourite tracks on this record?
Hard to say, I feel they’re all really special in their own way. I think the newest one I’m making in my favourite, but that’s because every time I make a new song I feel like, “This is the best song I’ve ever made!”

What song is most fun to perform live for you?
Riding Around and Loner, those songs have touched people the most, so I love to see how it affects people. I love seeing them sing along and knowing all the words and getting lost in those songs. I think it’s really special when you perform a slow song and captivate the audience. A lot of the time people feel a pressure to perform upbeat music to engage the crowd. For me, when you perform a slow song and people are still into it – that’s special for me.

Can you explain a bit more about that?
What is the energy of the song doing when it goes out, what is it doing to me when I have to perform it every night and how will it affect my life too. You think about that more when you become a performer and a public persona.

Do you find it frustrating when people want you to be a spokeswoman?
It never was, I mean, I didn’t mind because I have a big mouth, I have strong opinions and I’m opinionated. Over time, the more attention I got, the more I learned to be less talky about how I feel because I want people to focus on and hear me through my music, not social media or whatever. It’s more important. I’ve tried to focus on putting energy into music.

What’s the most fun part of being an artist?
I love fashion and performing. I grew up dying over Diana Ross and Cher and Paolina Rubio – these women who would get so glammed up for their shows. They looked like icons – just glistening – it was such a moment for me, I could watch that forever. I love making music videos. I love mixing video with audio and being able to put images on my sounds. That’s some of the coolest shit. I love that experience. Shooting music videos is probably one of the funnest thing to me. Recording new ideas and demoing is so much fun, I love all the rough ideas sometimes more than the album.

You said you love fashion, do you have any favourite designers?
I love Fiorucci – they’re just coming back. Before they came back, I was a super fan girl and really inspired by all their designs, I would have their ads as my background on my phone and laptop. I have an amazing jacket by them that I got at a flea market. Generally, I like things I won’t see other people wearing. I used to alter clothing and change it in a way to make it more mine. I like fun labels like Lazy Oaf, I have a cute princess dress by them that I wore for my birthday.

Finally, we can’t be at your house and not talk about your adorable cat! Is Bunny your first cat or have you always had cats?
No, I’ve always had cats, my family used to have cats, birds, turkeys, chickens, it was very much like a farm where we lived in Columbia. We were still in the city, but it was in our backyard so we had our own stuff like eggs etc. We had this street cat that we found, around Halloween and it was upside down on the ceiling!  We kept him after that and called him Bluehito which means ‘Little Witch’. He ran away eventually, but we had a lot of fun together, I’d dress him up as a baby and put him in a stroller.

How long have you had Bunny?
We’ve had her since she was a baby, she just had her first birthday a little while ago. My boyfriend  made her tuna cakes for her birthday and we had a party and she was so excited. After we fed her the tuna cakes it was really hard for her to eat cat food again. We spoiled her and she realised there was way better food than cat food, so wouldn’t eat her food for weeks. I had to go tough love and eventually she would eat it.

What advice would you give to your younger self?
I would say to not talk to boys and stay focused. I think focusing less on stupid shit in your life and more on your career. I feel like young girls are always asking me for relationship advice – I wish they’d ask me for career advice. I feel like we get so boy crazy thinking love is the primary thing that matters in our lives and that life falls into place when you have that. Actually, everything fell into place for me after really starting getting my career off the ground because I was like, “I can date whoever I wanna date, I can be with who I want be with”. When you’re struggling, you have to think about so much other shit. I was very much like “What’s the point of this if I don’t have love?” but I found my boyfriend after I focused and was alone for like a year. Before that, I was always trying to make it work with people it wasn’t meant to be with and you just get thrown off your path trying to do that.

Kali Uchis’ debut album is out next year and she is supporting Lana Del Rey on her winter tour. 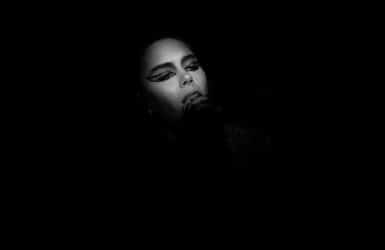 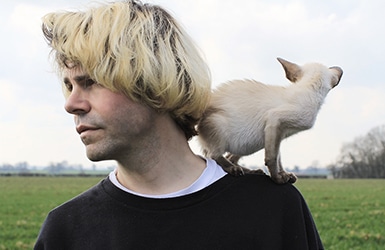 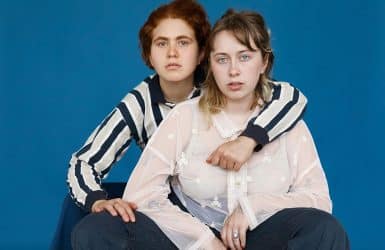