With the release of her first studio album, Lolo Zouaï’s star continues to rise. Aptly for the album’s polarising title of High Highs to Low Lows, she’s got her sights set sky-high, but with an attitude that’s refreshingly rooted on planet Earth. We took time to chat about inspiration, the creative process and making big dreams a reality.

KR: Let’s talk about your ‘big takeover’!
LZ: That sounds fancy! Well, as you know my album is out and I can’t really predict but it’s all very exciting. I partnered with RCA records which is a really big step for me because I’ve been keeping it very independent and I feel like this is just going to take the music to the next level. I’m touring a bunch after this and doing festivals and I would say that it’s all going well and it’s going to plan!

KR: The album is of course a long- form piece of work, so what has that process been like?
LZ: It was amazing, I started work- ing on it at the beginning of 2018 and I would say that the whole year was just making a lot of music without the idea of the album but, at the same time, knowing throughout and in the back of my mind that I was going to put one together. I put out some singles and I was like, “This won’t go on the album” and then some singles just touched me more and I knew that I was going to keep them to use on the album. Really, there was no pressure on me because I didn’t have a label and there was nobody pressuring me and it was really on my own time, which I loved. Just being able to grow and make music.

KR: That must feel so exciting!
LZ: Yeah it feels amazing to be able to do it as my job and not have to worry.

KR: You have said that your dream has always been to sing, how does it feel – with the new album complete – to see that dream being realised right in front of you?
LZ: It feels incredible, kind of surreal. I just started renting my own apartment, and sometimes I just walk into it after a long day at the studio and I’m just like, “Wow I really made this for myself”, I made it all happen through hard work and dedication and finding the right team.

KR: With lots of people talking about your music, are you very protective of it?
LZ: To be honest, I have only seen positive responses. I’m pretty sensitive, I know that it isn’t going to be the case forever so I try not to take the good or the bad too close, but we are human so that’s hard to do. I think that I know when something is finished and art is meant to be interpreted, it is meant to be judged. I know it’s not personal, I know that it’s not going to be for everybody.

KR: Do you get used to that exposure, High Highs to Low Lows has had 12 million streams world wide.
LZ: It is pretty surreal. I can’t really believe it, it’s hard to imagine. I know that it’s only going to get bigger and bigger so I guess I have to get used to it.

KR: Has there been a defining moment in your career so far?
LZ: I think that I’ll feel that with the album. I don’t think it’s necessarily happened yet. There have certainly been moments when I’ve had to step back and pinch myself, like when I’m on stage and I’ve got a show and everyone is singing back, or if I meet a fan and it’s really connecting. It’s exciting each morning when I wake up not knowing what’s going to happen, every morning I could wake up to a new exciting thing.

KR: What is your songwriting process like?
LZ: Melodies come to me super easily, the lyrics take much longer. I don’t like to overthink. For High Highs to Low Lows I just came into the studio with that title and that melody. I also think that song titles are really important. I think that a good way to write a song is to have a good song title, then to kind of write it around that. If your title sucks then no one’s going to listen to it! You need something original. It’s kind of visual too, when you look at an album you have to see the titles.

KR: Who are you listening to right now?
LZ: I haven’t been listening to that much. I love Aaliyah, and the NAV album and then just random stuff. When you’re so busy it’s hard to find new music! I’ve been listening to Amy Winehouse in the morning and some other familiar things.

“I’m not inspired by any one artist, in particular, I’m more inspired by my music knowledge in general, what I’ve learned my whole life.” 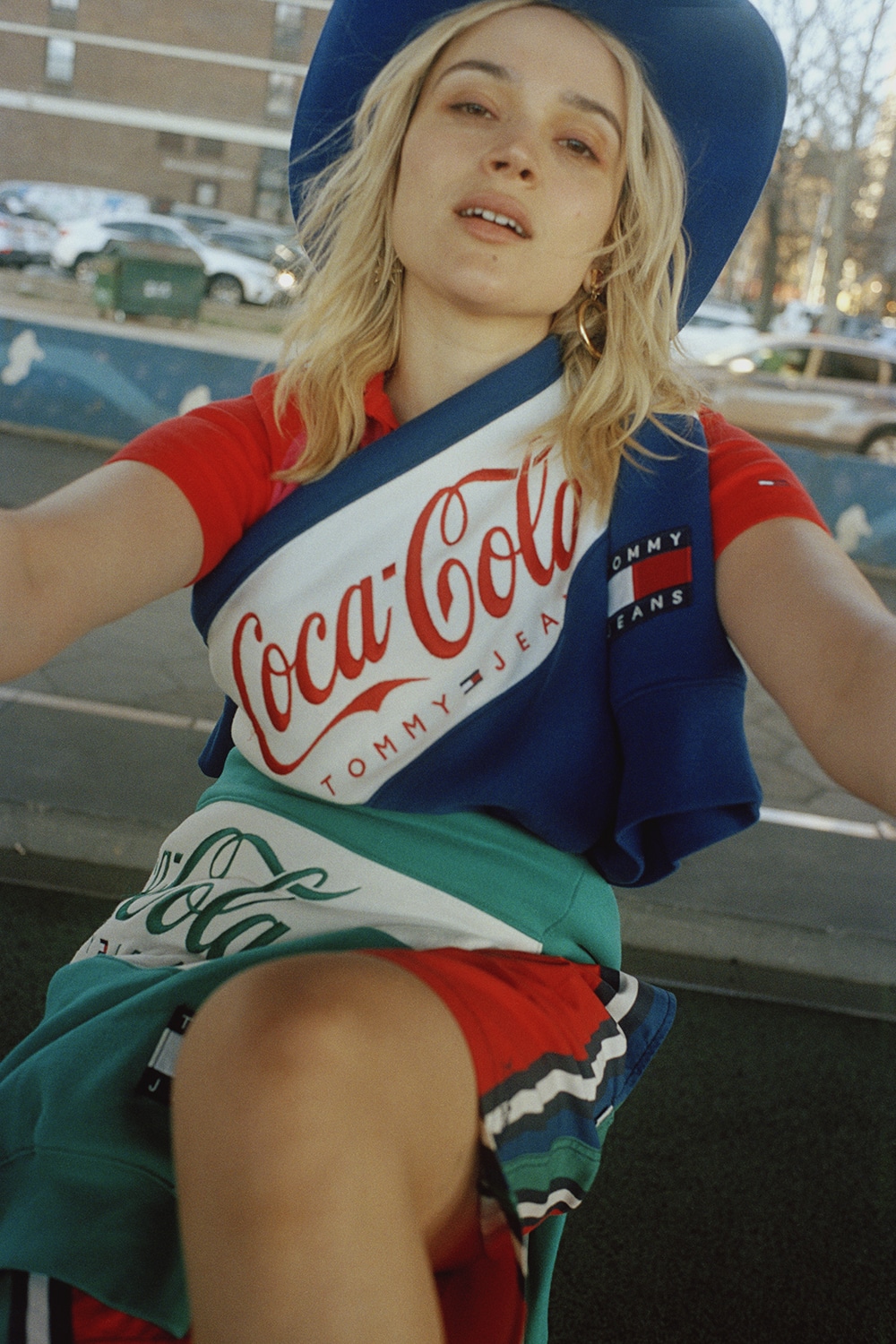 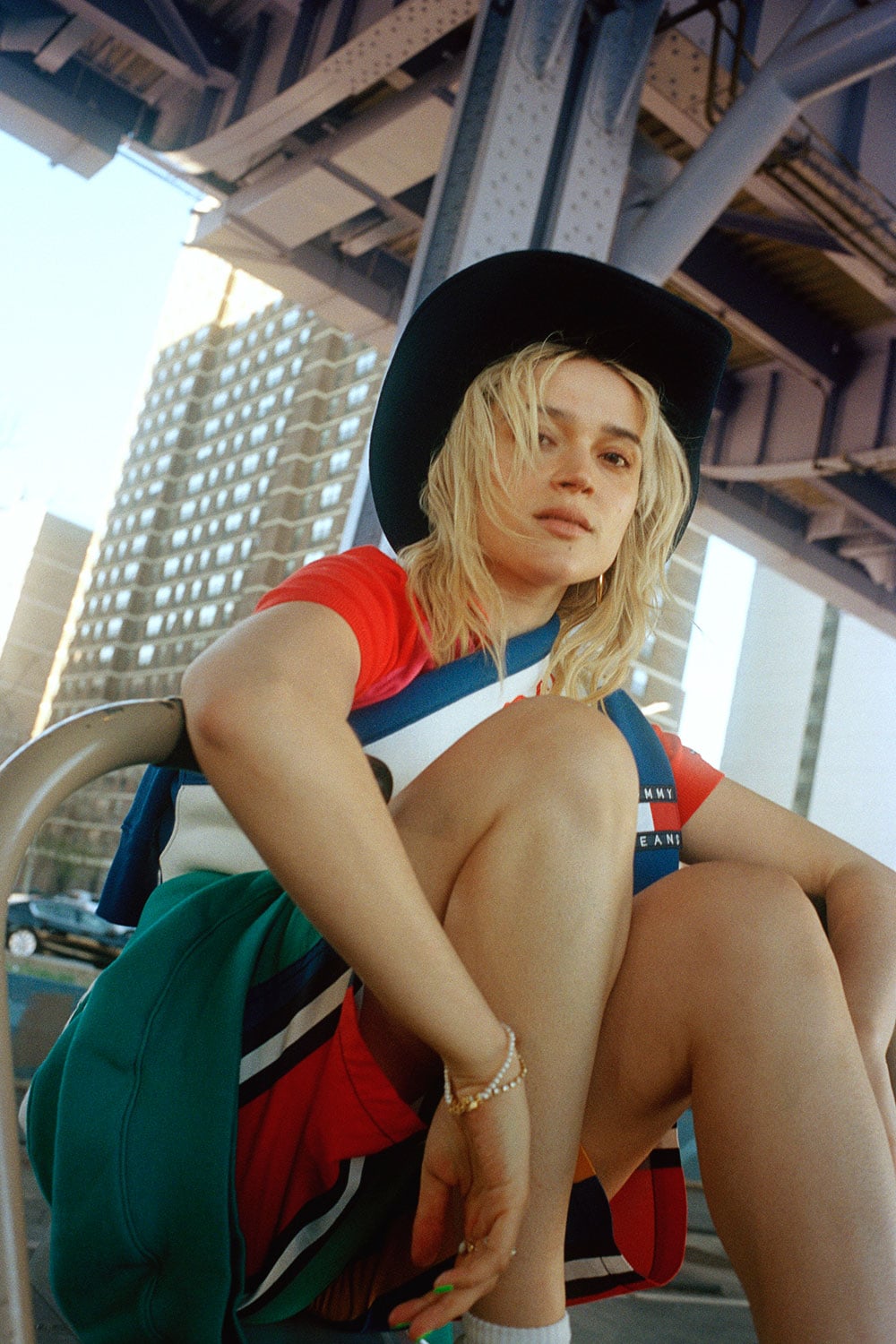 KR: So what inspires you in general, and what were your influences for this new album?
LZ: I’m not inspired by any one artist, in particular, I’m more inspired by my music knowledge in general, what I’ve learned my whole life. When I’m making music, I try not to listen to other music so that I’m not overtly influenced and I can make something new, something fresh, because people are subconsciously influenced by melodies that they hear and you can end up accidentally copying. So if I need inspiration I might listen to some classic French music or some Arabic music because that’s so far from mainstream that there’s no way!

KR: Can you tell us if you had any cats growing up, if you have any cats right now?
LZ: I love cats! Growing up I had a cat named Bella and she was a tabby. When I was 18 we lost her, probably my biggest experience with loss. My mom has a cat called Coco, a black cat – he’ll eat any- thing, including plastic, he lives with her in California.

KR: Where do you see yourself in five years?
LZ: Oh, I see myself having multiple albums, and being in a place where 116 I am one of the biggest artists in the world, not out of vanity but feeling like I have an important message to share and that I can help through my music. I explore themes of depression and feminism. I want to be able to pay for my little brothers’ college. I want to be financially secure. What was the question you said before? World domination?

KR: Yes, your big takeover!
LZ: Yeah, my big takeover! So I want to be still taking over and maybe I’ll dabble into other entertainment things like acting and movies.

KR: You write music for other people, would you like to pursue that more?
LZ: Yeah yeah yeah! And I want to have a Grammy, potentially (my own).

KR: That is a good goal!
LZ: A Grammy-winning album, no big deal. 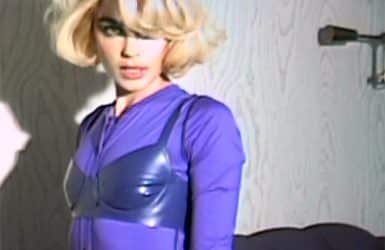 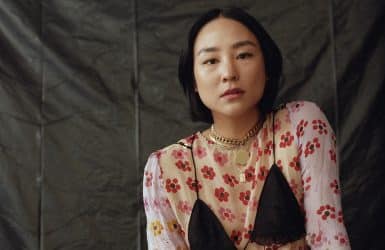 The Nine Lives of… Part II 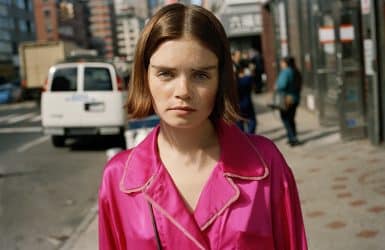