When I first moved to New York, I had a hard time finding a community. I always knew I wanted to be part of the art scene, but finding a community that would include me felt like my life’s greatest challenge. Because of my love for books, I started going to book fairs and ended up meeting Lele Saveri, who is the head of 8Ball Community, New York’s coolest underground hub for zine making, activism, publishing, music and more. And that’s when I met Nick Atkins. Originally from outside of Boston, he’s lived in New York for 20 years and he’s been making art as long as he can remember. We instantly clicked and he took me under his wing and became my first mentor.

I like to think he taught me everything I know about how to make the most of living in a city that can sometimes be extremely isolating and sad. I recently caught up with him after not seeing each other for a long time, and we had so much to talk about. As it turns out, he has a new show opening at Entrance Gallery on November 7th, and I got the inside scoop on him, his art, his life and how he makes the most of living in the Big Apple.

JR: What city do you most identify with?
NA: New York City, baby!!!

JR: What’s your favorite neighborhood in New York?
NA: It might sound corny, but I like Chinatown.

JR: Why?
NA: It’s just an actual cultural hub. I like Midtown too, but in Chinatown there’s always something that sparks my imagination.

JR: Before the interview you said you were really into moths lately, what kind of moth is your favorite? NA: I really like fire moths right now.

JR: So tell me, what is your new show about?
NA: Night time, sex, life, death…

JR: How did you come up with this concept?
NA: It’s just what I’ve been thinking a lot about lately. I’ve been trying to explore some classic themes to justify what I’ve been feeling. I’m really interested in paintings about night because they’ve existed in a classical sense for such a long time. Painting on canvas is really new to me and I’ve been trying to keep it traditional so I wanted to relate to classical paintings but create new ones to show what mine would look like in a historical sense.

JR: What fascinates you about night time? What would you say your favorite hours are?
NA: Midnight to 3am is just the best, the whole world shifts upside down and things that are boring during the day are exciting at night.

“I would like people to know that art is for us. I want art to be inclusive, it’s for everyone.”

JR: I’ve noticed a lot of woodcuts in your studio, how did you come up with that concept?
NA: From living in Haiti, I was super inspired by how much wood art there is over there.

JR: Do you think that comes with aging?
NA: I had a near death experience in 2016 so that made me start to think a little bit more about God and a higher power and how I could relate to that through art.

JR: What colors do you reach for first when you make art?
NA: I’ve been trying to not be afraid of color so I tried to grab every color. I start with blues and dark blues.

JR: Can you talk a little bit about the masks you’ve been making?
NA: They are helmets and they are about the relationship between man and nature and they are all made out of plastic fruits and vegetables and it makes me wonder when we got to the point of making plastic copies of everything. These fruits and vegetables will be here longer than any of us. It’s like mans disconnection to the earth.

JR: When did you start making art?
NA: I used to trade drawings for homework in middle school. Since I was really little. It felt like the only thing I could do.

JR: Who are some of your favorite artists?
NA: Mostly people I’ve been influenced by since I was really little. My dads friend, this hockey player name Phil Sirois. I didn’t think a person could be an athlete and an artist at the same time so I thought that was really cool. I’m also inspired by this guy named Bruce Monteith who was my best friends dad growing up. It’s funny because when you go to a museum you don’t know what the artist is like and I’ve never been in a famous artists studio and so when I was young, the only connection I could make about how to be an artist was seeing people who were close to my family do it.

JR: Is there anything you want people to know about you that you don’t think they would already know?
NA: I’m not sure what they’d even know, but I want people to know that I want to make paintings for people to relate to so they can feel better about themselves and better about the world. I see a lot of dark stuff in the world and so I want the work to be a little drop of happiness because sometimes I can also be a dark person.

JR: What do you want to tell kids who want to be artists?
NA: Work really fucking hard. If you like something or somebody, don’t copy it…see if you can reach out to them and intern for them in some capacity. Make your own ideas, sketch as if it’s your job. No one is going to give you a break unless you deserve one.

JR: What is your final message that you want people to know about you, your art and how you relate to the world?
NA: I would like people to know that art is for us. I want art to be inclusive, it’s for everyone.

Nocturn will be open on November 7th at Entrance Gallery (48 Ludlow Street) in New York City. For more info on Nick’s work you can check out his website and his new collab with CDG. 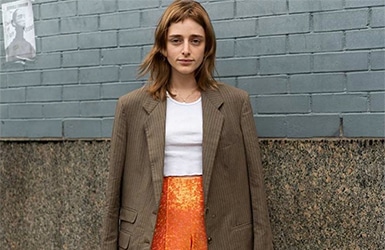 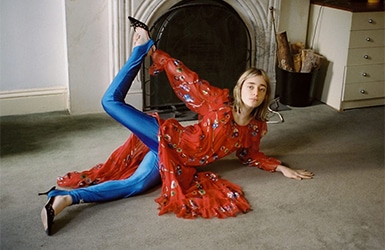 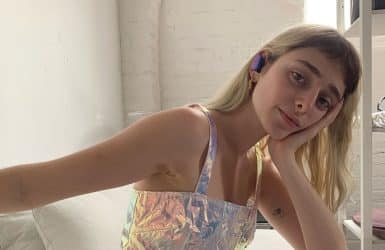 Oh Hello Jo — All is not as it seems… 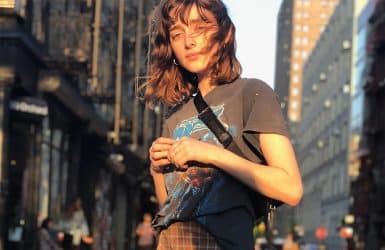