Moses Sumney’s lush melodic vocals and soothing sounds offer respite from the chaos of modern living. Taking a narrative approach to his work, he views his album almost as a thesis exploring his experiences of life. He took a moment to step away from his personal creative process to share some of these musings with us.

GL: Let’s start with the big theme: many of your previous interviews focus on love. Is that a big topic for you or have you moved on from that now?
MS: Am I bored of love? Depends how good the conversation is! Generally speaking, I get bored of answering the same questions over and over again. If it’s nuanced or there’s an interesting take, then I’m not bored as a general rule.

GL: It feels like you have an idea of a great love. Do you feel like the love you’re finding is falling short of that or is your idea of love so magical that it’s still a quest for you?
MS: It felt in the beginning that I had an idea of what love would or should be. I think that’s a cultural thing – we all have the same idea of what a great love is until we develop a deeper understanding of what love is, and also interconnectivity. I think my initial idea of what romantic love is came mostly from culture, from society and media, music and film. Those ideas fell short – there was no fairytale, very few people feel like they are in one. The honeymoon phase has a grandeur to it that people succumb or adhere to and that’s what I felt like I was missing. That moment of being carried off a cliff, but still flying or something.

GL: You studied creative writing, even though music was your passion. Was that a challenge?
MS: I’ve always felt, since I was seven years old, that I would be a musician and that would be my life and career and I never really strayed from that. There were times when I had doubts, but I always felt strongly to my core that it was my purpose on this Earth. Every situation I was in tried to pull me away from that, my family were not supportive, I didn’t perform as a kid – I was very shy and I felt crippled. So even going to UCLA knowing I couldn’t study music – that wasn’t going to be the thing that stopped me, so many other things before that had tried to pull me away. If anything, that was the moment I felt the most liberated. Because I was finally living as an adult in the city by myself and I could make my own choices. I had access to musicians that I could learn from and study with them on the stage or coffee shop stage.

GL: Traditionally, the indie music space was very white, but does it feel like that’s changing?
MS: That particular thing, I’ve never really thought about for a lot of reasons. I didn’t grow up in a city; I grew up in Ghana, then the suburbs of America. I always felt like I was on the periphery in many ways. I guess as a black kid I was into different music and in the suburbs, no one was listening to indie music, so I always felt like an outsider and expected to in my life. I also never felt indie music was boring, I loved lots of white artists. Because I didn’t come up in “the space” I never really felt like an outsider in the music scene. I kind of just entered and was doing my thing and saw the conversation changing.

GL: Music can be a great leveller though, it’s almost another language and it can be a gift to communicate in that way…
MS: Totally, I mean the part of me that I am excited about and insistent on, is creating space for myself and other artists in that realm. Not just making sure black artists are regarded in that space, because we are widely disseminated, but not just being like, ‘Here’s your space in the indie world. Here’s the alt R&B corner.’ It’s like, no, I’m coming for your rock show and your indie venue and I’m going to be multi-faceted.

GL: Low-fi recordings and sound often have an authenticity and emotional quality. Is that something you connect with?
MS: Extremely. You feel it in that music because it’s often people recording alone and you can be free and honest in that space. When I started recording, I knew raw emotionality was going to be my focus. 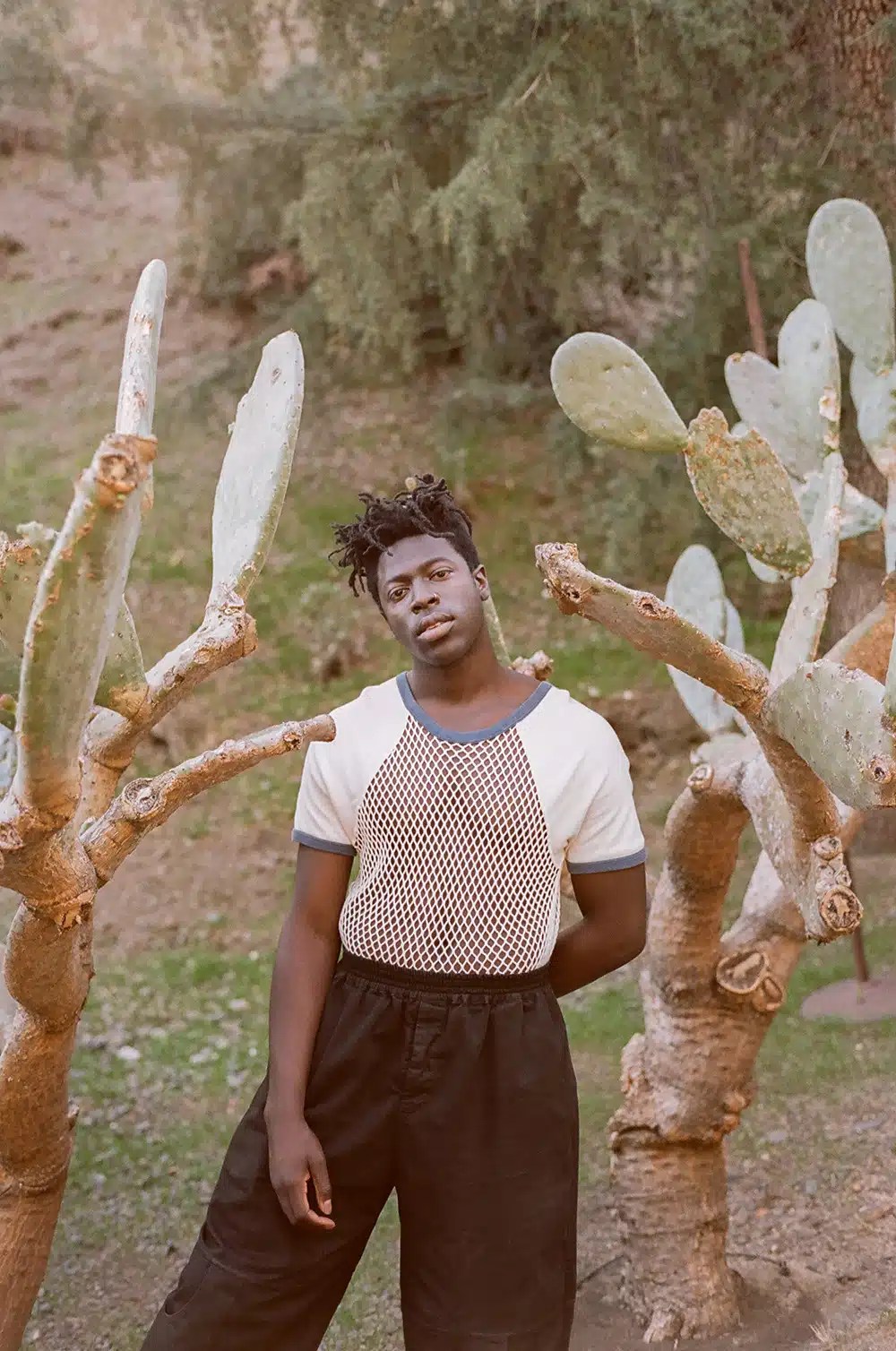 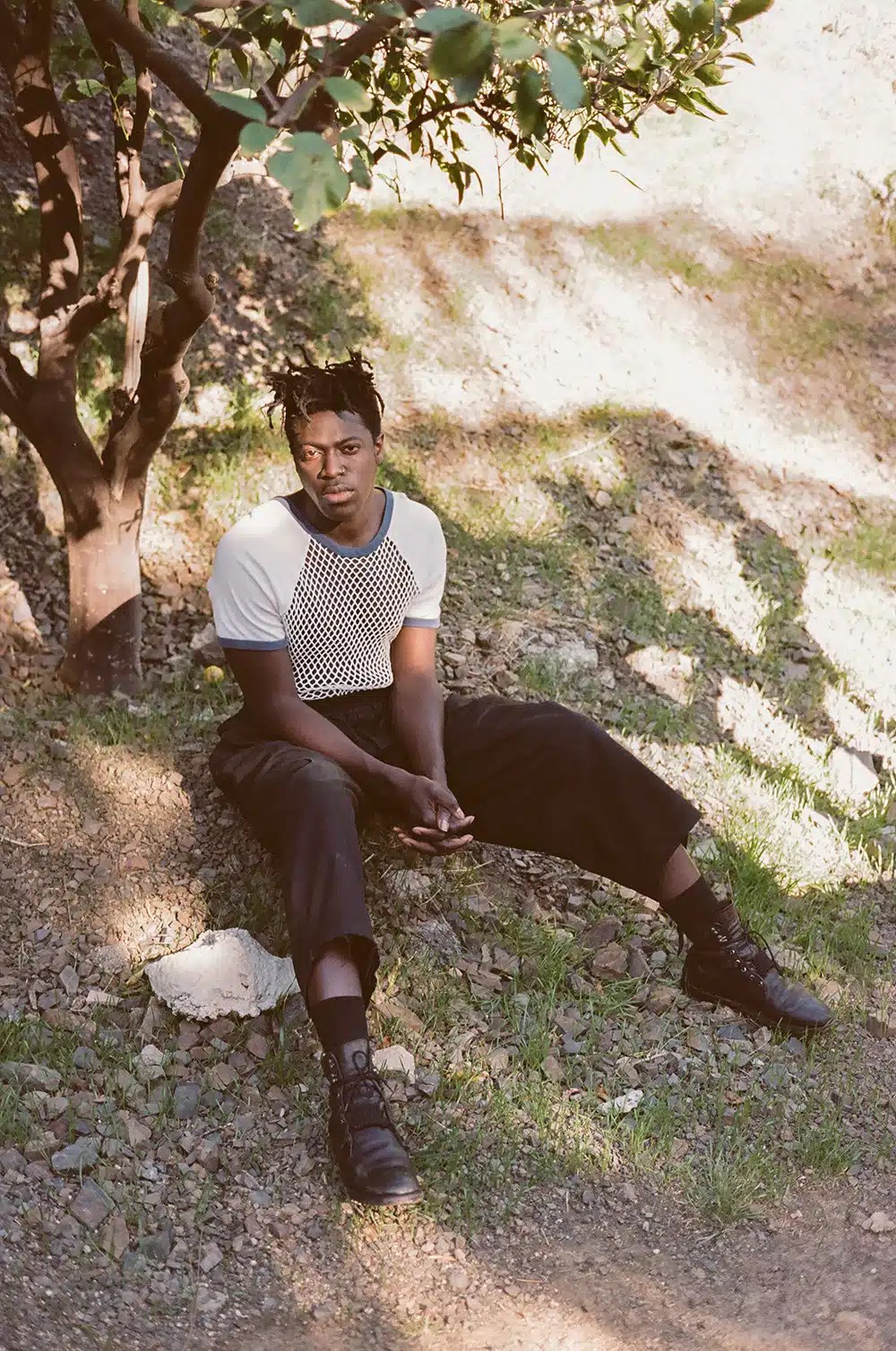 GL: You studied writing, but are the lyrics secondary in your process or does it evolve in different ways? MS: It’s both, in terms of creating new songs, I usually let the music lead because I studied poetry, and because I didn’t know much about music and I was insecure. I was afraid it would be all words and so at some point I decided to let music take the front seat, so I could tap in and explore musicianship more. I’ve pretty much stuck to that, I take the music, then start thinking about the words. Writing this album was almost like a thesis, I had a theme that I stuck to and so the lyrics had to be really focused.

GL: You spoke about how in art and love you can be intimate with something and still be distant from it, can you tell me more about that? Intimacy can seem like a lost art these days?
MS: Yes, it feels like everyone is doing an experiment on that – I guess I’m not the only one. I do think it’s a lost art and I think it’s OK to be honest about that, because a lot of millennials want to say that it’s not lost and we just communicate in a new way. But I think we’re the guinea pig generation for technology. We’re only now discovering how smartphones affect our communication and how we relate to each other, and I think it’s dulling our ability to connect emotionally with people honestly. I think intimacy is in danger, it’s in jeopardy even in music. The way things are made feels like there’s an absence of intimacy that’s not contrived. I hope to try to counter that by being really real.

GL: That’s a big undertaking – how do you nourish yourself as a person to sustain that?
MS: Getting the fuck out of LA! Reading whenever I can, going into the mountains – being in nature really helps a lot. Listening to music is the easiest way – that’s the thing I do the most I’d say. Trying to have moments of isolation. There are good people everywhere and weird people too, but being so close to the entertainment industry affects and changes people. Being in the wrong circles can be soul-sucking. People in LA are often not challenged to be better people; you can get by just by being attractive, popular or cool and fun, as opposed to intelligent or spiritually fed.

GL: Is solitude a big part of how you work?
MS: It’s really mixed, the early stuff – the first EP – was me sitting on my bedroom floor working on the four-track recorder alone. On the album, for the music production I worked with a lot of different people, but I would take their work and run away, go to the mountains and write all the lyrics myself and record the singing in solitude.

GL: Do you find it hard to be alone or are you naturally attuned to that way of being?
MS: It’s really hard, but that’s why it’s rewarding. When I started this album, I went and lived alone in the mountains of North Carolina for a month and that was cool at first. First three days were like that, the fourth day I was like, ‘OK, it would be cool to hang out with someone,’ and by the end of the first week I was wrecked. But then I stayed and I learned SO much about myself. I thought so much about the world. I think solitude is enriching. I have always been a loner since I was like five.

GL: Are you more social now?
MS: I am more social now because I really grew up without any friends. At some point, when I decided to move to LA, I learned how to be sociable and I’m good at that now. It’s not my innate nature and it’s what you have to do if you want to make it in the city.

GL: So your natural tendency is introverted but extroverted in certain situations?
MS: It’s called an ambivert, I think that’s when you’re an introvert with extrovert tendencies so you can basically pass. You can go out, but being out does drain you and you get re-energized by being alone.

GL: You’re a fan of these unusual terms. Do you think you should have your own dictionary?
MS: No! Because I didn’t make the words up. If I did, I want it to feature words I have made up.

Get your copy of issue 7 here 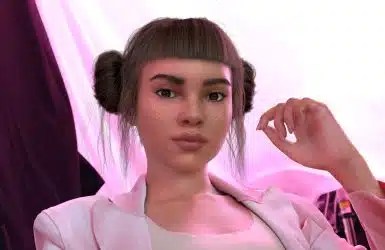 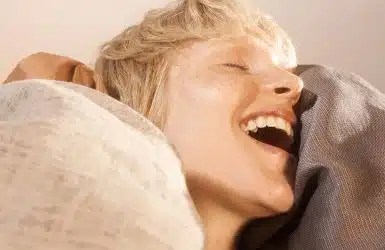 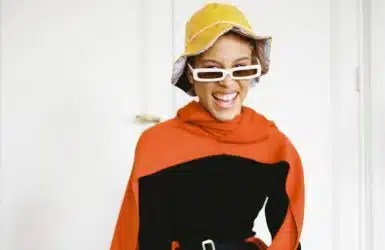 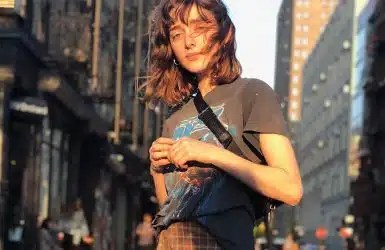 Prev Feature:
Caturday with Paz Lenchantin
Next Feature:
The Lovebirds
Keep In Touch