Quinn of the World

Those in the know might recognise Quinn Wilson as the creative mind behind Lizzo’s incredible videos and live sets, but that’s just the beginning. The 26-year-old creative director has her sights set on bringing her own fierce voice to new projects too. She talks to us about creativity, resourcefulness and why discovering her sexuality has helped her grow into herself.

This is the mind that brought you perfect 80’s nostalgia in Juice, nods to Prince in Boys and a wedding with a nod to Jerry Springer in Truth Hurts, these videos are sassy, funny and relatable, there’s plenty of in-jokes but the audience is included – that’s the beauty of Quinn Wilson’s work. She‘s capable of taking the parts of an artist we all engage with and amplifying them through clever dialogue and sharp humour to create an even bigger world for us all to enjoy.

Alongside studying fine art, Quinn also worked as a makeup artist in school and she credits the trust she had to build as an integral part of how she came to work with artists in the way she does. “I had to make people trust me to be able to do my job better, in terms of getting all up in their face: you’re putting a pen in someone’s eye and touching their lips. And so that was the first thing. I never really talked about it, actually, before this. But that, I guess, is what I’m doing still.”

Indeed, it was one of the first ways she bonded with Lizzo after a chance meeting where she let her and her friend Lauren jaywalk in front of her car, that progressed to hanging out and doing photo shoots together and from that building Lizzo world. I ask if there’s a moment where their creative chemistry really clicked and she said it occurred “right before she got signed to Atlantic, we did the cover for her Big Grrrl Small World album. And we were like, ‘Oh, bitch… okay, let’s go’.” Of that relationship she says there’s never an option to not do something, they just feel it and are “all in”.

This focus is something Wilson doesn’t seem to see as unusual, and she grew up working collaboratively as a competitive cheerleader which naturally lends itself to working as a collaborator in the way she does now. I liken her focus to that of Hope Sandoval from Mazzy Star who quit high school because she knew singing was all she was going to do, but Quinn says it’s not nec- essarily a matter of confidence but just this seeming like the way things needed to be.

This confidence is another thing she embues her work for Lizzo with, whether it’s reinventing Jane Fonda’s classic style with a huge dose of body positivity in Juice or the ways she showcases women’s bodies through the female gaze, there’s a sense of celebration of women in her work. She’s not just holding the torch for females though, in Truth Hurts she casts Lizzo with a white father, and made the two groomsmen characters gay, in her own way, making space for people to see diversity within pop and the broader world.

“I don’t think it’s completely necessary to share your sexuality to the world. It’s not anyone else’s business, but that project made me have pride for who I am.”

I talk to her about how she does this and the references she uses, which included Coming to America, Good Burger and what she calls “campy, schticky, black humour.” In doing so she harnesses nostalgia to create feel-good vibes whilst telling a story from a fresh perspective and also making more “taboo” subjects relatable too.

This highlights how even hugely successful people carry doubt and anxiety and I ask her if this is something that affects her. She says it has taken her a while to feel confident calling herself a director or creative director. I counter this with a story I heard about the making of Boys where she had zero budget for the video and still produced something awesome, and here she grins and says “OK, I’m going to fucking own this shit with Boys. That was fucking insane. Me and the DP were on tour, literally working and partying every night. We were just stealing shots. One of the main performances in the video is right before our soundcheck.” Then she describes a moment when ”while HAIM was sound checking, I was like, ‘Look, let’s go to the staircase and just go up and down. And then let’s go in the boys’ bathroom and just do this scene really quick. Don’t tell anybody.’”

This resourcefulness is borne partly from who Quinn is in spirit, and partly from a determined mindset forged from growing up as a young gay black woman in a small town. Recently she shot a beautiful reportage for Vogue, showcasing Pride in West Hollywood where she also “came out on the internet”. The video and photo portraits are a soft-focus love letter to her community. She describes being moved by friends’ reactions “I don’t think it’s completely necessary to share your sexuality to the world. It’s not anyone else’s business, but that project made me have pride for who I am.” She spent hours casting people from the crowd because “it felt like it was really important to go into the festival, rather than stay where we were, which was, kind of, side-stage in the back, to find the people that represented what this whole fucking month was about.”

Indeed this type of project where she celebrates others’ stories feels like a place of comfort for Quinn, rather than taking the spot- light herself. She tells me she had “to get talked up by my girlfriend” (Mikaela – the singer King Princess) on the way to our shoot. Then tells us how Mikaela threatened to “sabotage the shoot if I don’t send her photos.” Once in front of the camera though, Quinn is a force and even in her cell phone selfies cuts a powerful figure.

Jumpsuit by Off-White, shoes by Sacai

It seems she’s naturally commanding whether in front of or behind the camera, but it’s clear directing is her real passion. I ask her viewpoint about “Me Too” now we’re seeing more female voices in the mainstream and her opinion is clear, “We’ve had this voice and we’ve had this ability to articulate ourselves, no matter how we choose to articulate ourselves. And it’s just, kind of, lame. That’s why it also, kind of, makes it hard for me to feel a thousand percent comfortable with people becoming interested in me outside of my work. Because I’m just like, ‘Damn. This could have happened earlier.’ But I’m a queer black woman. So it makes it a lot easier for you, now, to be interested in me. But then I think about it again and I’m like, ‘Okay, that’s really important though,’ because when I was fucking 13 and living in Haslett, Michigan I didn’t know any queer, black women that looked like me. And so it’s, kind of, a double-edged thing.”

I ask what her future ambitions are and she’s laser-focused. “I want to do some gay shit. I want to do some real gay girl shit. Some queer love story. I’ve made art about everything from my blackness, to Lizzo’s blackness to others’ black- ness. So every person that I’ve worked with, I made stories about our identity in a, kind of vague way. And now I’m out here being gay as fuck, because that’s truly who I am. But I haven’t ever gotten to make a piece about that. Whether that is about me or with somebody else. So I think that would be the next important thing.”

When asked about specifics, she says, “I want a gay girl love story. It’ll probably involve all of my ex-best friends that were girls, that I probably was in love with. Which is why it was so intense with them, which is probably why we’re not friends anymore. And then me realising, like, ‘Oh, I love pussy. That’s why. Okay. Cool. And then just being happy.’” With this in mind it seems like after years of creating a happy ending for others, next up for Quinn Wilson is creating her own.


Pre-order your copy of issue 10 here 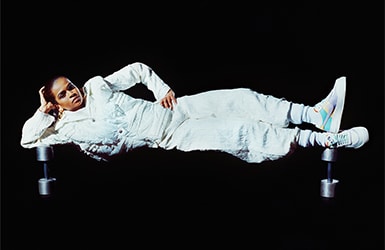 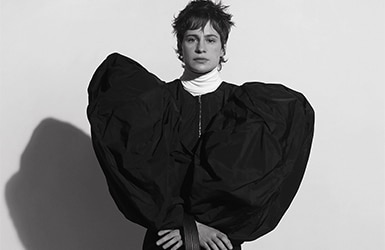 The Contradictions of Chris 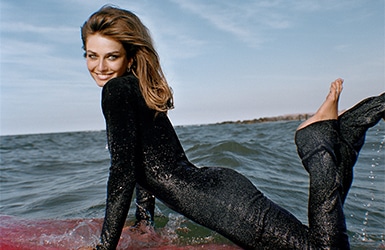 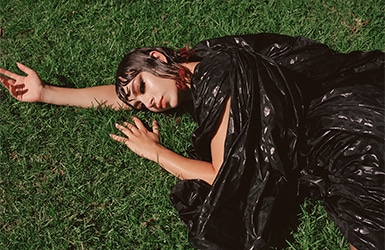