Blane Muise, AKA Shygirl, is a girl who actually isn’t all that shy. In fact, the DJ turned singer-songwriter uses her ease toward emotion to sculpt the ongoing narrative that currently exists at the forefront of her personality. Atop sparkling electric chords, Shy’s vocals mimic her attitude towards life, singing what she wants, how she wants, with a confidence that shatters expectations.

JG: How’s it going today, is this an early time for you?
SG: Good, I’m just in the middle of prep for my show next week. Normally I get up between eight and nine and do all my admin and then usually I have a day of sessions, meetings or shoots. Monday’s my day off, because I’m usually at gigs at the weekend so I don’t get a chance to chill.

JG: That’s great because Monday’s usually the worst day.
SG: This week I tried to save it so I can have time to prep and rehearse for the show. I haven’t ever done a headline show in London properly, and it’s fun because it’s the first opportunity I’ve had to curate something myself – picking the support, really thinking about the atmosphere I want to create. I think about live as unexplored territory still, and there’s so much to discover as a performer.

JG: Going out of your comfort zone, maybe. Was there ever a time when Shygirl actually was a shy girl? SG: Exactly, yeah. Or just figuring out what the comfort zone is even. I think there’s always an element of shyness or reservedness. I suss out each situation. I’ve always thought of it, like ‘fake it till you make it.’

JG: That’s a good way – to just trick yourself into it, or out of it. If you had to paint a picture of your energy what would it look like?
SG: Moody. Not as in like a dark cloud, but just in that I’m very much in my moods. Happy, sad – I let myself feel, and I’m totally fine with whoever I’m going to be that day.

JG: How does the music you made in the beginning relate to the most recent things that you’ve made?
SG: When I first started, I was still figuring out who Shygirl was, and what part of this personality I was accessing. I don’t think it was completely constructed, I was more of a sculptor chipping away bits of marble to find what was underneath. Now, I feel a bit more certain of the direction of this sculpture. There are elements that are spontaneous; I’m still discovering my voice and what I have to say, but I think I’m way more sure than I was when I first started. My first project was the first thing I’d made musically, ever, and I think there’s a bit more of a considered aspect to it now.

JG: So where would you say Shygirl ends and Blane begins? Is there a distinction? Or is it the way you characterise it, like this voice inside your head?
SG: I don’t think there’s any distinction at the moment. All my friends call me Shy, and that only really began once I started putting out music. That’s the period I’m living right now – that’s who I am right now. I’ve been quite honest since I discovered this aspect of myself and really taken it on.

JG: I guess that’s part of living in the present as well. Taking what you have now, and doing the best that you can with it.
SG: Exactly. I’ve given this period of my life a name, rather than just building a character. Maybe this will be who I am for the rest of my life, I don’t know. This is who I am right now.

JG: Do you think that people underestimate you? How do you prove them wrong?
SG: One of the benefits I’ve had is being underestimated. Sometimes, there’s just no estimation at all. I think that’s slightly changing now, though. Once you put out work, and people like it, or take note of it, someone has an opinion. It’s interesting to see how I’ll fare with that. I’m excited for the change.

JG: Was music something that was always a part of your plan?
SG: Not at all. I never really imagined going into music. I’d always written, and always made notes of what kinds of phrases I liked, and I always enjoyed writing, but I didn’t really know what I wanted to do with it. I think that music definitely does that now, but I kind of just fell into it to be honest.

“When I first started, I was still figuring out who Shygirl was, and what part of this personality I was accessing. I don’t think it was completely constructed, I was more of a sculptor chipping away bits of marble to find what was underneath”

JG: Was there a certain moment? Or did you slowly get into it?
SG: Well Sega [Bodega] asked me to write and record something for him, for one of his live shows. And he knew I liked writing, but we started mucking around, doing stuff and then with him, I realized I actually like this, this feels right; it feels like this is where my words are meant to go, finally, like fitting a piece of a jigsaw puzzle. And then I was like, ‘Cool, I don’t want to stop doing this,’ and I just haven’t stopped since.

JG: And so Nuxxe was made by you, Sega, and Chloe. What led you all to each other?
SG: I think [CouCou] Chloe and Sega interacted online, and then I met her through him. Sega had been making music for a minute, but Chloe just started making mu – sic, and I had just started writing, so we were just in aligned periods of our lives. And we all just kind of be – came inseparable. I think it was my first single, Want More, when I sent it out for distro there was an option on it to put a label, and I was like, ‘Oh, we should just make a label,’ and that was it.

JG: So it just made sense. Do you think it was love at first sight?
SG: You know when you click with people, when it’s just easy. We started the label and it wasn’t like we all put a ton of money into the project, it was just like, let’s just kick about and see if it works. It’s nice when you can work with people and support each other.

JG: Do you feel like there is one place for you, or is the world your oyster?
SG: I don’t know if I could be anywhere. I think my place is in the people. I’m very lucky that I get to travel so much and see so many of the friends I’ve made through music and through my jobs before music. Coming from a mostly queer POC community, there’s that collection of like-minded people and indi – viduals. To have that, it’s a new ballgame.

JG: How did you find yourself in the club scene?
SG: It was mostly by accident – most of my friends I met through PDA club night in London. I’m really good friends with Mischa Notcutt that runs it along with Akinola Davies (AKA Crack Stevens) and Carrie Stacks. I think PDA unified a lot of burgeoning friendships. I also used to assist a photographer, where I’d meet people on set, but we’d actually become friends at the club night. I feel sort of out of it now, though. I’m definitely kicking back in my house instead of going to the club unless I’m playing.

JG: Is there any dream place, or dream crowd that you wish to play for?
SG: All I think about now is, ‘I hope I get booked in a hot country’. Haha, I really want to play in Brazil, but I want to go wherever the people are. When it’s a great crowd and people are not just watching but really letting loose, I vibe with that so much.

JG: I feel like when I listen to something like BB, I can’t help but feel like ‘I’m the shit’ walking down the street. Even if you’re talking about bad boys, it gives this super confidence.
SG: I think the whole thing of saying ‘I slept with bad guys’ is suggest – ing that there must be an element of [bad] within yourself. These tracks are how I talk to myself. I’m not trying to make sad songs, and even when I have, it’s more like a caricature of a sad song. It’s so over the top that I can’t even take myself seriously. It’s kind of like a ‘snap out of it’ type of attitude. So maybe that’s what Shygirl is, that inner monologue. You can’t take yourself seriously every day.

JG: If one day the universe came to you and said, ‘You’re free to do whatever you want,’ do you have any idea what you might do?
SG: I think I’m doing that right now. Some routes are not as easily carved out as you might think and you just have to build them yourself. But if in my mind I want to do some – thing, I do it. 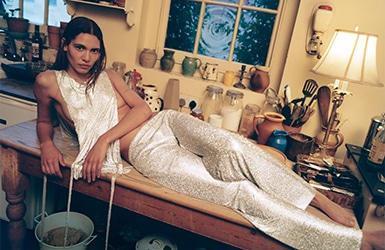 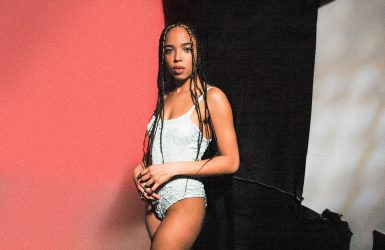 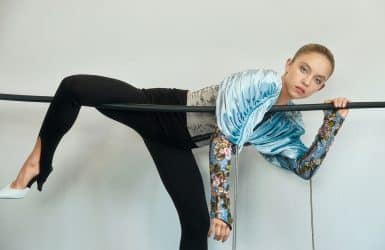 Sydney Sweeney – Plan A Only 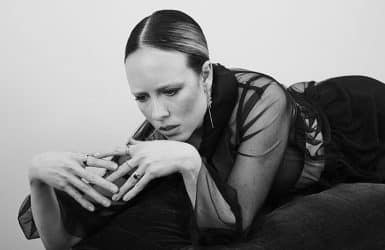