Sounds of Beauty with Thom Walker

Thom Walker  is an artist who draws his influences from the world that surrounds him, finding inspiration in everything from London’s urban landscape to his glamorous family members. As CHANEL’s UK makeup artist, Thom creates looks that radiate light and explode with colour. Fittingly, for the makeup he chose for our All The Feels shoot in issue 11, Thom explains the importance of immersing himself in the moment as part of his creative process in order to ensure that authenticity and emotion shine through in his work. To accompany the shoot, Thom sent us a mesmerizing ASMR video, The Sound of Beauty, which demonstrates the value of self-care in our routines. Forward-thinking by nature, Thom also shares his thoughts on the current climate, expressing the urgent need for change, not only in the fashion industry but in wider society.

CS: ASMR has become a viral trend due to its inexplicably tranquillising effect on its listeners. During this unsettling period that we currently find ourselves in, living through a global pandemic, how do you relax?TW: I think from all [the] uncertainty there have been some positives, like slowing down and taking time to check up on friends and family, speak and communicate in ways we wouldn’t usually have time to. I’ve read books I’ve had for years that I hadn’t touched, and I’ve spent time in the garden. I’m a bit of a perfectionist so I’ve made it perfect (in my eyes anyway).

CS: As someone who is fascinated by ASMR and a self-proclaimed makeup addict, your “The Sound of Beauty” video could have come straight from one of my dreams. Have you always been interested in makeup?
TW: Haha! Thanks, I love ASMR. It fascinates me. For as long as I can remember I’ve loved makeup. I had a very glamorous godmother who would spend hours painting her face. I think watching her is where my love of makeup began.

CS: In your video, step 1 is to moisturise. How important is self-care and skin-care in your daily routine?TW: Self-care is so important, as is moisturising. It’s like a glass of water for the skin – you look and feel lighter and brighter afterwards also. Who doesn’t want that?

CS: The looks you created for PUSS PUSS’ All the Feels shoot bursts with colour and creativity. What were your inspirations for this project?
TW: The inspiration behind the shoot All The Feels came from the idea of new beginnings and how we go through certain emotions with every new chapter throughout our lives, which actually now seems so relevant given the past few months. We have all been through so many emotions, like longing, despair, anxiety, and hopefulness. I never really like to plan the looks I do too much. Instead, I like it to come organically on the day of the shoot.

CS: A London-based artist, you’re known for drawing inspiration from the city’s urban landscape and architecture. Are there any particular areas in London that always spark your creativity?
TW: I was born in a small town in Yorkshire, so the City landscape has always excited me. I don’t have one particular area of London which is my favourite, although I love ‘60s architecture. It was so forward–thinking yet so simple in its idea. There are some great examples of this all over London, especially in Dulwich, Tufnell Park and Kilburn.

CS: With gender neutrality on the rise and gender norms en route to destruction, do you think we can hope to see more men embracing makeup despite the long history of dispute surrounding the issue?
TW: Throughout history as far back as BC in Egypt, through to The Renaissance period to punk to Ziggy Stardust, Denis Rodman to Harry Styles and Ezra Miller, male makeup has transcended politics, music, sports and society as a whole.

CS: In April, the British Fashion Council announced that London Fashion Week is not only becoming digital, but pivoting to a gender-neutral platform. What is your vision for the future of the fashion and beauty industry?
TW: Fashion is seen as forward thinking, innovative and modern. Yet it has presented itself in the same format for decades. We have four seasons per year with teams, models, editors etc flying to cities across the world.  While there has been debate if this should change, the pandemic has made the decision for us. And while fashion has definitely made progress in becoming more diverse in its casting of non-white and LGBTQ+ models, I think there is still work to be done from brands and every division of the fashion industry in regards to reflecting this in their recruitment and internal staffing.

CS: At just 19 years old you trained with MAC Cosmetics in Paris – what an incredible start to your career! What tips would you give to an aspiring makeup artist?
TW: My advice to anyone starting out would be to learn your craft and be inspired. Listen and learn, educate yourself, watch movies, read books, don’t limit yourself, be open. And while assisting doesn’t work for everyone (it didn’t for me), I think it’s a very smart way to find your own taste level, learn and gain insight into how some of the best teams in the world operate.

CS: This year, you were announced as Chanel’s UK Makeup Artist. What does a typical day look like in your shoes?
TW: Being a Chanel ambassador is something I have literally dreamed about since working in fashion. However, currently my days very much look like everybody else’s – eat, sleep, repeat – haha. Brainstorming and creating this AMSR video for you has given me more structure than I’ve had in weeks as I had to single-handedly film, light, script and produce it all from my studio and front room.

CS: What are your hopes for the next few months (pandemic allowing!)?
TW: My hopes for the next few months are to, obviously, see my family who I haven’t been able to see for months, and my dad for a year. However, on a broader level I hope with recent events,such as a global pandemic and the brutal police killings of black people in America, that the charge for change continues and doesn’t get lost once we ‘return to normality’. 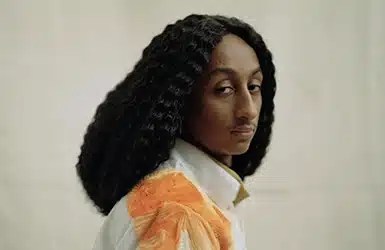 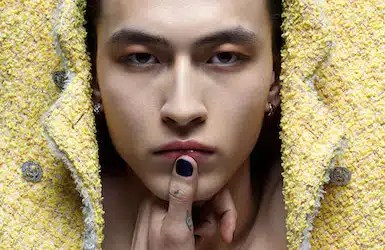 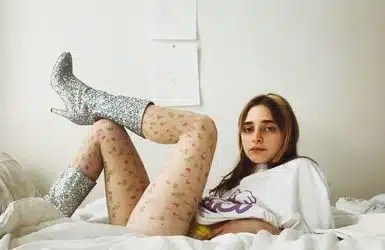 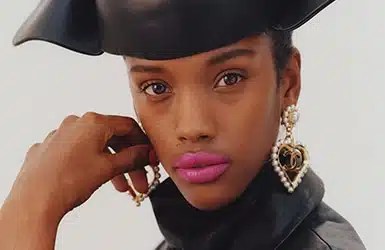